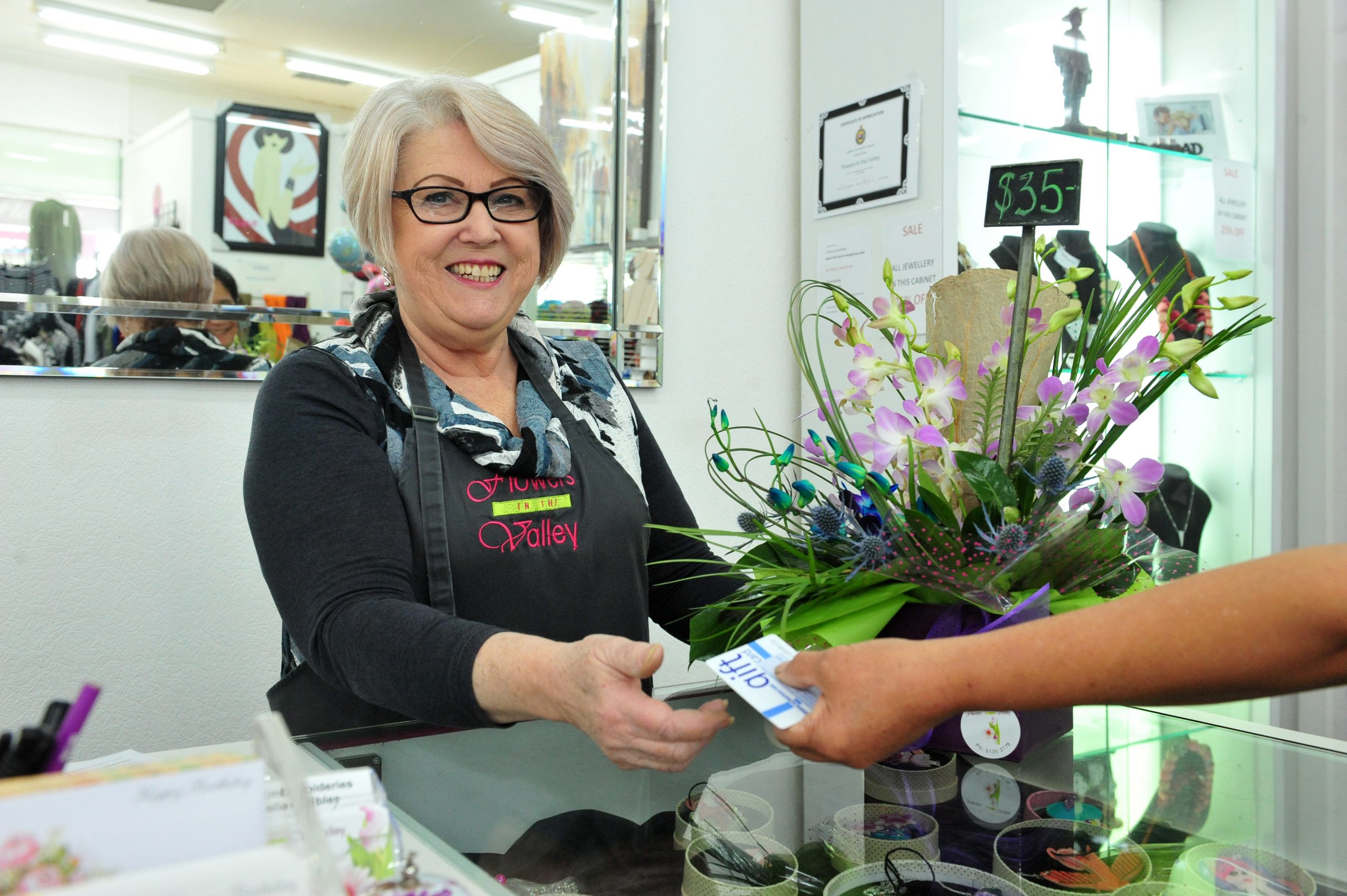 The ‘Buy local – shop Latrobe’ gift card campaign has resulted in $44,000 being spent at Latrobe Valley businesses from October 2016 to the end of May 2017.

The campaign is a joint initiative of the Traralgon Chamber of Commerce, Advance Morwell, Moe Traders Association and the Latrobe City Business and Tourism Association.

LCTBA chair Peter Ceeney said the initiative was originally started by the Traralgon Chamber of Commerce and aimed at engaging Traralgon businesses only, however after discussion among the four parties, it was decided to extend the campaign to the whole of Latrobe City.

“We thought by including the whole of Latrobe City, we could make it stronger and invite bigger users to take it on,” Mr Ceeney said.

The largely self-funded campaign had been operating in the whole of Latrobe City for approximately two years and had more than 80 businesses involved.

Last November, State Industry and Employment Minister Wade Noonan funded an extension to the gift card program with Latrobe City and two other councils receiving $10,000 under the Latrobe Valley Growth and Innovation Program.

Mr Noonan said Latrobe Valley businesses had a lot to offer and that it has never been more important to be buying local.

“We’ll continue getting behind retailers across the Valley in the lead up to Christmas 2017,” he said.

Mr Ceeney said the next goal of the gift card initiative was to get more participant businesses on board.

“We really need about 250 businesses on board. The more we expand, the more (community) participation we’ll get.”

Community members can load as much money onto a gift card as they choose and can purchase them at Seymour Street Newsagency in Traralgon, Morwell Newspower Centre and Furniture, Beds & More in Moe.

Mr Ceeney said it would be great if, in the future, bigger companies used the gift cards in a social club or employee benefit setting.

“The gift cards allow smaller traders to compete with bigger competitors… the money stays in Latrobe and it doesn’t leave the loop,” he said.

Local business owner Lynn Keeley said a number of gift cards had been redeemed at her store.

“I believe when people are part of a town and that town has gone through struggles, it is important to keep people employed and to make sure there are jobs for people going through school at the moment, so they don’t have to move away from the area.”

“I like this initiative for that reason: the gift cards are purchased by people in the community to be spent in the community. It keeps people employed, even if it’s teenagers in retail or a small-scale business.”

“They make a great gift. I gave them to my staff as Christmas gifts.”

State Member for Eastern Victoria Harriet Shing said she was a big supporter of any initiative that encouraged people to buy locally.

“We have a wonderful range of businesses in the Latrobe Valley that provide friendly service and keep our hard-earned money in the region while also contributing to employing the population,” Ms Shing said.

“I am proud to support the Valley by using as much of my purchasing power here as I can.”

For more information about this initiative, visit