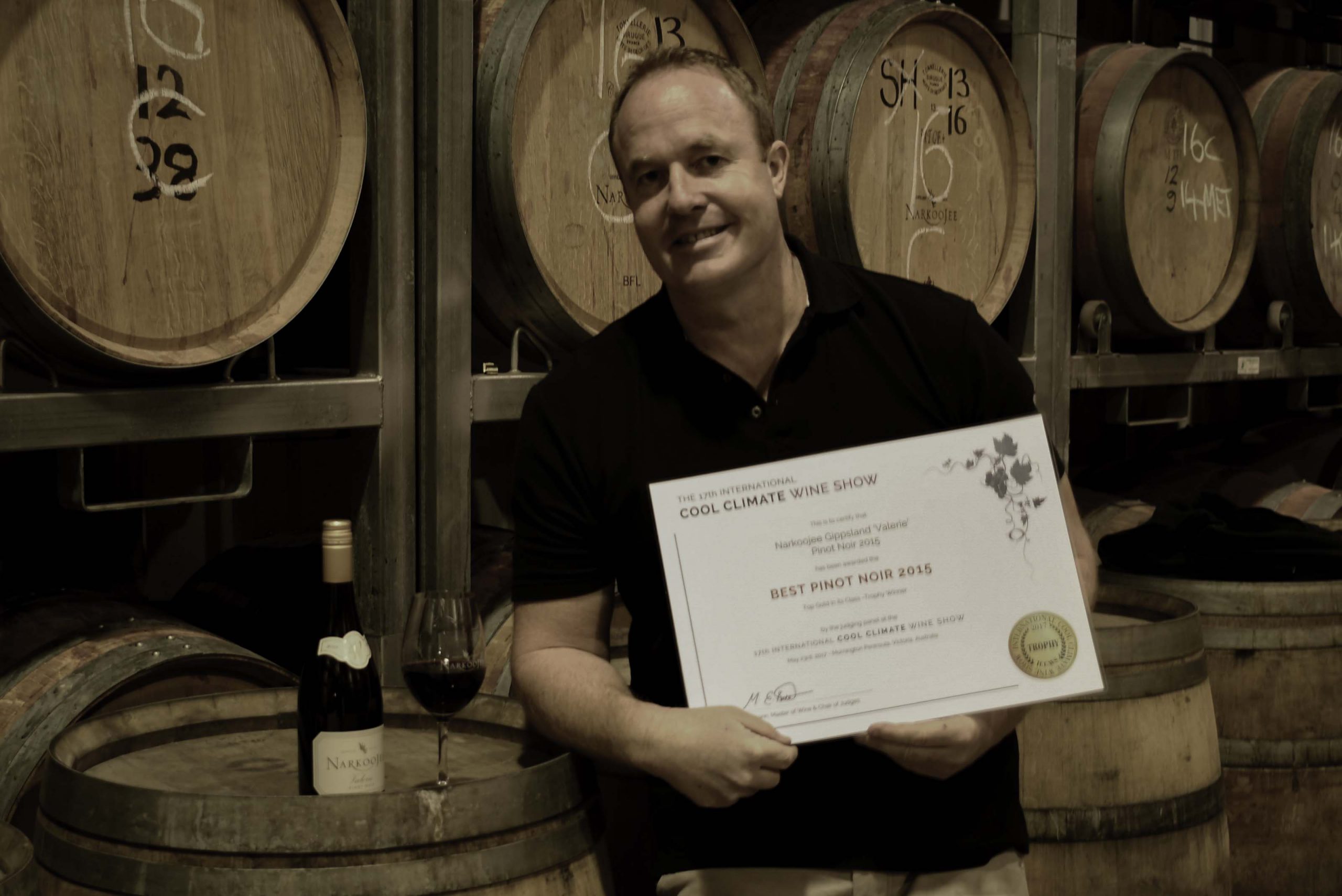 Risk-taking at Narkoojee has paid off as the Glengarry winery’s 2015 ‘Valerie’ Pinot Noir was awarded Top Gold in its class at the International Cool Climate Wine Show at Mornington Peninsula.

Winemaker Axel Friend said he started experimenting with natural ferments in 2015, two years after he took over his father Harry’s role as full-time winemaker.

“I like doing it the hard way,” Axel said.

“I’m definitely more of a risk-taker than dad.”

Axel used the naturally-occurring yeast on the site to slowly ferment the sugar in the grape juice, giving the finished product a unique and complex savoury flavour.

His father explained how the wild yeast formed a grey-coloured film over the surface of the berries, which fermented the juice along with mutated yeast forms which would have built up on their equipment over years of adding cultured yeasts to the ferments.

Axel said the resulting wine was fairly rich, however not an “overblown pinot”, which finds a balance between the acidity, fruitiness, tannin levels and savoury and oak flavours.

“I just think we’re lucky on this site the natural yeasts present are fairly good ones,” he said.

“It’s a more unpredictable process but the end result is more superior.”

Axel said it was rewarding to win an international award for the wine.

“Sometimes it’s a bit hard to know if you’re straying off course with the style of your wine but when you win awards it reassures you you’re heading in the right direction.”

Harry planted the vines on his parents’ dairy farm and built a winery with his wife Valerie in 2004.

The winemakers are pleased to keep the enterprise in the family, and even label their best after their relatives.

Only the top wines are awarded the ‘Valerie’ title.

There are wines named after Axel’s two boys, Maxwell and Isaac, however none named after his dad, as ‘Harry pinot’ didn’t quite flow off the tongue.

“When we produce an oxidised wine or something we’ll name it after Harry,” Axel joked.