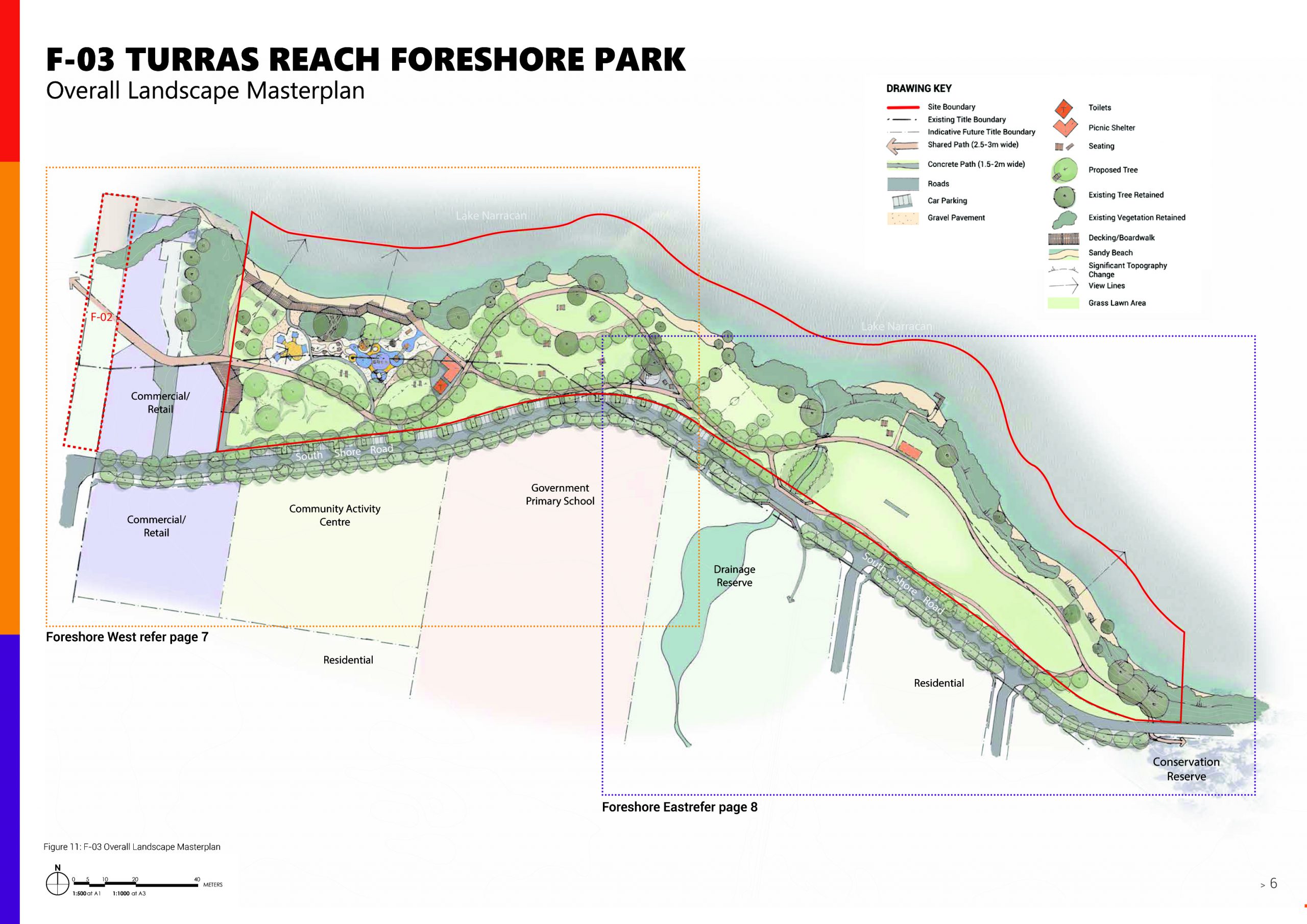 Playgrounds, boardwalks, picnic areas, a basketball half court and shelters are all part of a landscape vision set out for Lake Narracan’s foreshore.

“There is a nice balance of greenery and recreation, walking tracks. They’re the sorts of things that make a residential development into a real community.”

The bold Lake Narracan development involves 600 hectares and construction of 3800 homes, a commercial and retail area, community buildings and a government primary school.

Council approved the Lake Narracan Precinct Structure Plan in 2014 and it gained state planning approval in 2015.

The construction of three foreshore parks would cost between three and four million dollars, according to a council officer’s report.

Mr Stone said the landscaping works would be phased and funded through a combination of contributions from developers and ratepayer money.

“The way developer contributions work is there is a ratio of funding from developers to the ratepayer, depending on the use. If (the park is) predominantly used by the development locally, then it’ll be mostly funded by the developer,” he said.

Mr Stone said having “good quality, diverse housing stock that is attractive for people to live and is affordable” was vital to helping increase the Latrobe Valley’s population growth and boost the economy.

He said the timing of landscape work would aim to keep pace with private developments as they got underway.

“We’re relying on the developers to kick off the developing and then we build the infrastructure to meet the growth rates of the precinct,” Mr Stone said.

Lake Narracan’s first large subdivision was approved in January and applies to the area bordered by the lake and the Moe golf course, now known as ‘Turras Reach’, including more than 630 lots of varying sizes.