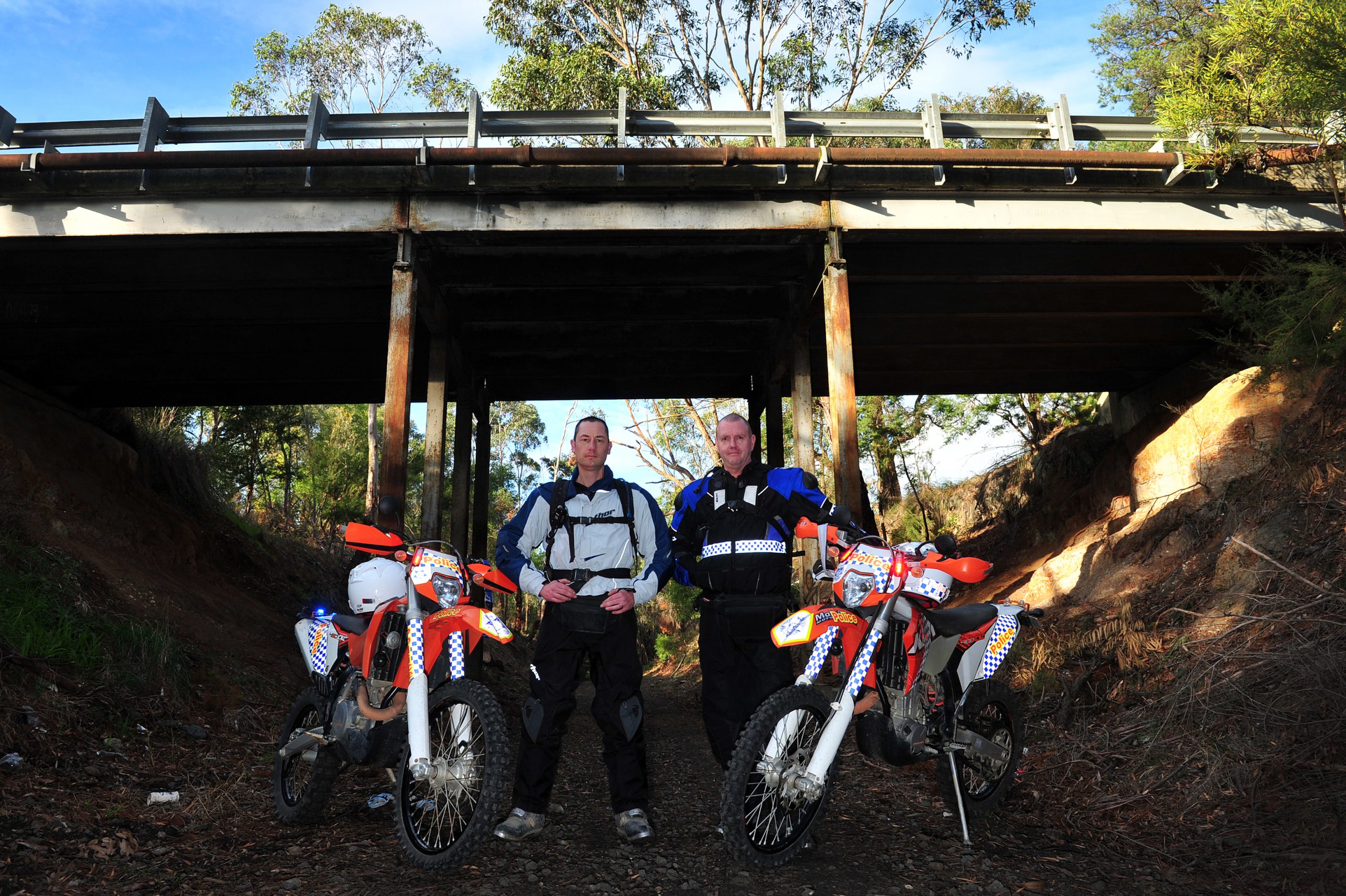 Six people have been charged following a crackdown on illegal monkey bikes and unlicensed riders across the Latrobe police service area.

During ‘Operation Monkeybike’ police targeted unregistered off-road bikes in built-up areas and bushland across the region.

“Most of the time these bikes aren’t built with the safety features other registered bikes are, they’re quite dangerous and often quite fast,” Sgt Williams said.

“Being smaller bikes, they’re harder to be seen from a distance by both pedestrians and vehicles and can often place people in risk of being hit.”

Police said the operation came as a result of “numerous complaints” from various community groups and individuals following an increase in illegal and unregistered off-road bike use across the region.

It comes as bikes had recently caused damage in parkland across Latrobe, tearing up walking tracks and destroying dirt paths, police said.

“The rail trails are used by family groups and elderly people and normally they’re bush walking along those tracks and it can be quite dangerous when those bikes come out of nowhere… if they’re travelling at high speeds, they can cause serious injury or death,” Sgt Williams said.

“It also puts the riders at risk and obviously we’ve seen people killed in the past when they’ve been struck by these kinds of bikes.”

Six riders were charged with 13 offences during the Latrobe Highway Patrol 60 hour operation, ranging from unlicensed riders and unregistered bikes to failure to wear a helmet.

“Police will continue to utilise the off-road solos and monitor people who do the wrong thing on motorbikes in our parklands throughout Latrobe,” Sgt Williams said.

Anyone who witnesses illegal activity is urged to phone their local police station or triple zero in an emergency.