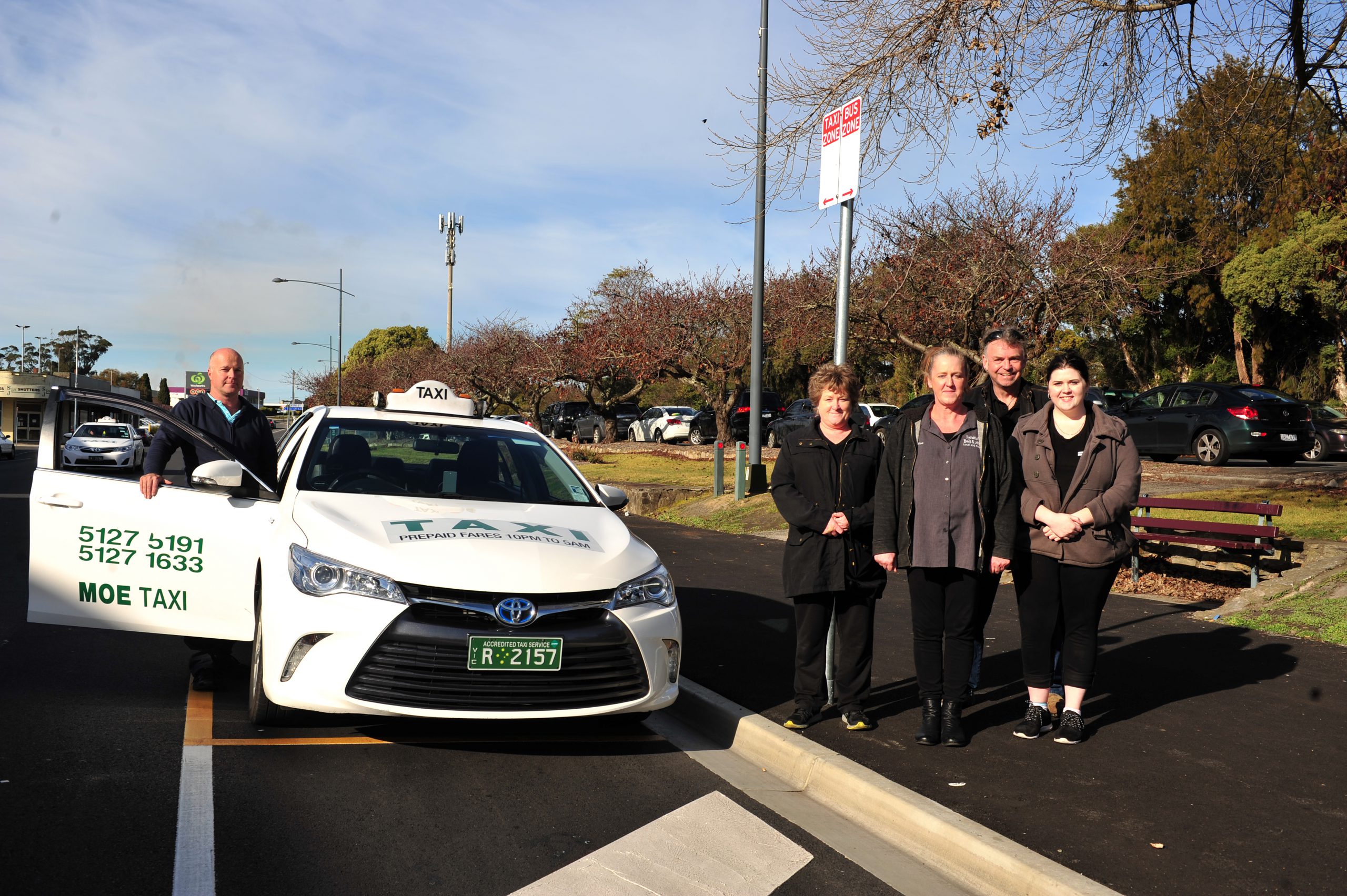 Traders say a lack of parking has caused “havoc” in recent months and is “driving business out of town” following what they claim has been a “lack of consultation” by Latrobe City Council.

“We can’t afford to lose any more car spots, we’re sick and tired of putting money into the town to have our customer car spots taken away… we’re losing customers because they can’t find a park,” Ms Broadbent, who owns a business on George Street in Moe, said.

“We’re really concerned about the impacts losing more parks across the CBD is going to have on our town.”

The meeting comes as 10 car spaces on George Street were removed to make way for the region’s newly-implemented bus network but Ms Broadbent said there was limited consultation over plans to remove the car parks by council or Public Transport Victoria.

“Concerns for parking have always been an issue… they were raised in the early Moe Activity Centre Plan days prior to 2010,” Ms Broadbent said.

“We just keep losing a lot of parking and we’re really concerned about the impacts it’s going to have across the town and on local business.”

Bus timetables will also be on the agenda at the meeting following concerns over an “inefficient” and “poorly planned” network as part of the State Government’s ‘Bigger, Better Bus Network’ plan.

Ms Broadbent said since the current bus timetable was implemented in early April, the community felt “left behind” and it had “left seniors and kids without a sensible means of getting around”.

The organisers of the event, including the Moe Traders Association, Committee for Moe and Committee for Gippsland, also want to discuss the construction of new bus stops on Albert Street, Saviges Road, Waterloo Road and at George Street near the library.

Earlier this year, The Express reported the groups had safety concerns about the stops.

The Express has sought a response from Latrobe City Council.

The meeting will be held at the Moe RSL on Thursday, 20 July from 6pm.