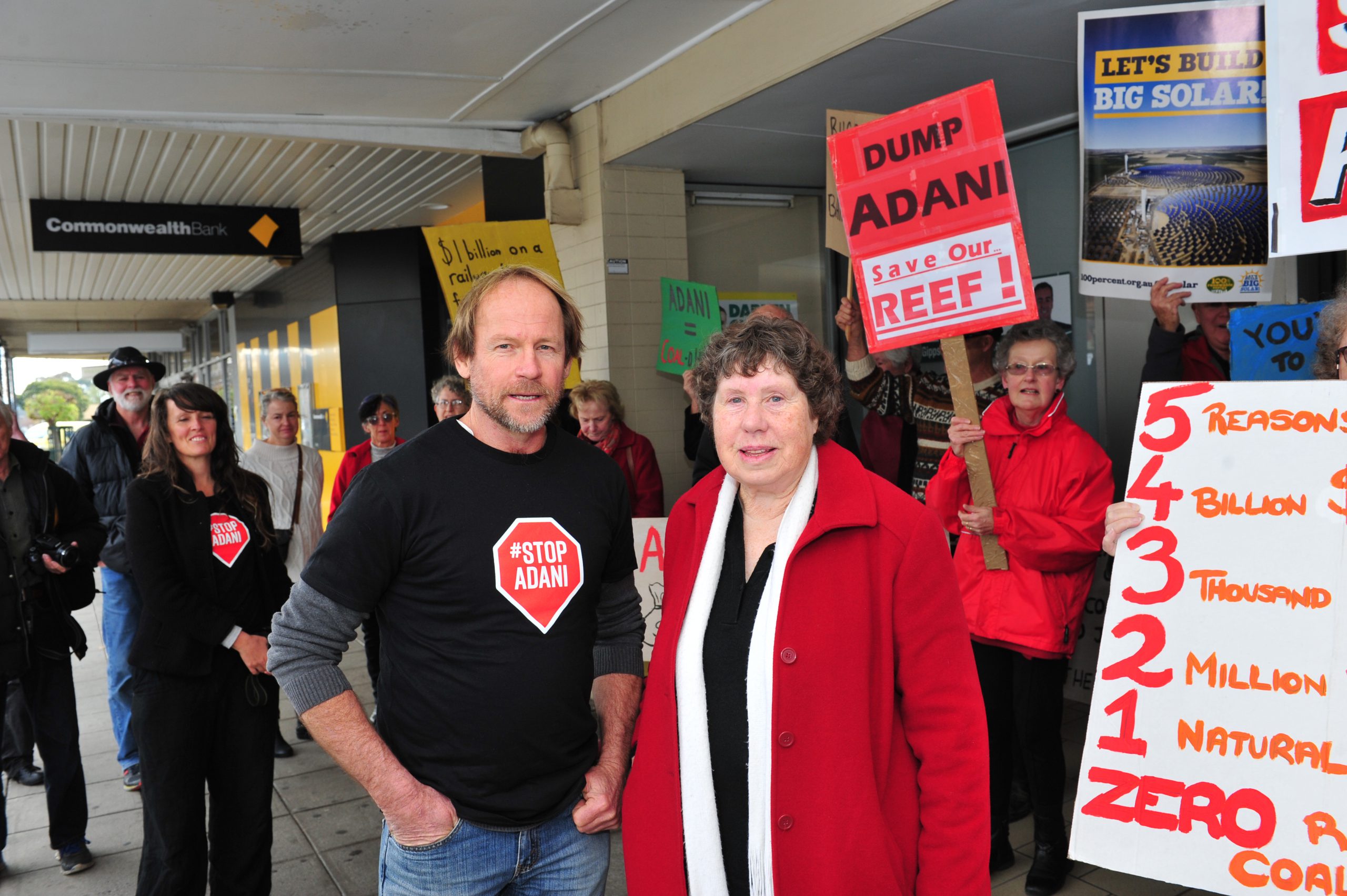 Protesters marched on Federal Member for Gippsland Darren Chester’s electoral office on Friday to show their opposition to federal government plans to fund a central-Queensland coal mine project.

More than a dozen members from the Latrobe Valley Sustainability Group voiced their concerns on Friday morning about federal government intentions to contribute $1 billion in taxpayer money to fund Indian mining company Adani’s Carmichael mine project.

Adani intends to invest $16.5 billion in the project, situated about 300 kilometres south-east of the Great Barrier Reef.

“We need to draw attention to what’s happening and what the federal government is thinking of doing by lending $1 billion to this Indian mining company who want to set up a mine in Queensland and transport coal out through the Great Barrier Reef,” LVSG Stop Adani Latrobe Valley campaign coordinator Ian Onley said.

“When climate scientists are telling us we really shouldn’t be burning anymore coal or oil, it’s a bad time to be opening up a new coal mine.”

Mr Chester was not present at the time of the protest.

In a statement, he said the project would not directly impact the Great Barrier Reef and still needed to receive a number of approvals and permits from the Queensland state and local governments and resolve remaining court challenges before it could proceed.

He said commonwealth and Queensland government approvals were subject to more than 300 “world-class environmental conditions” to ensure the protection of the environment and especially the Great Barrier Reef.

Group president Lorraine Bull said she was disappointed Mr Chester was not present at the protest and urged him to take the opinion of his constituents into account.