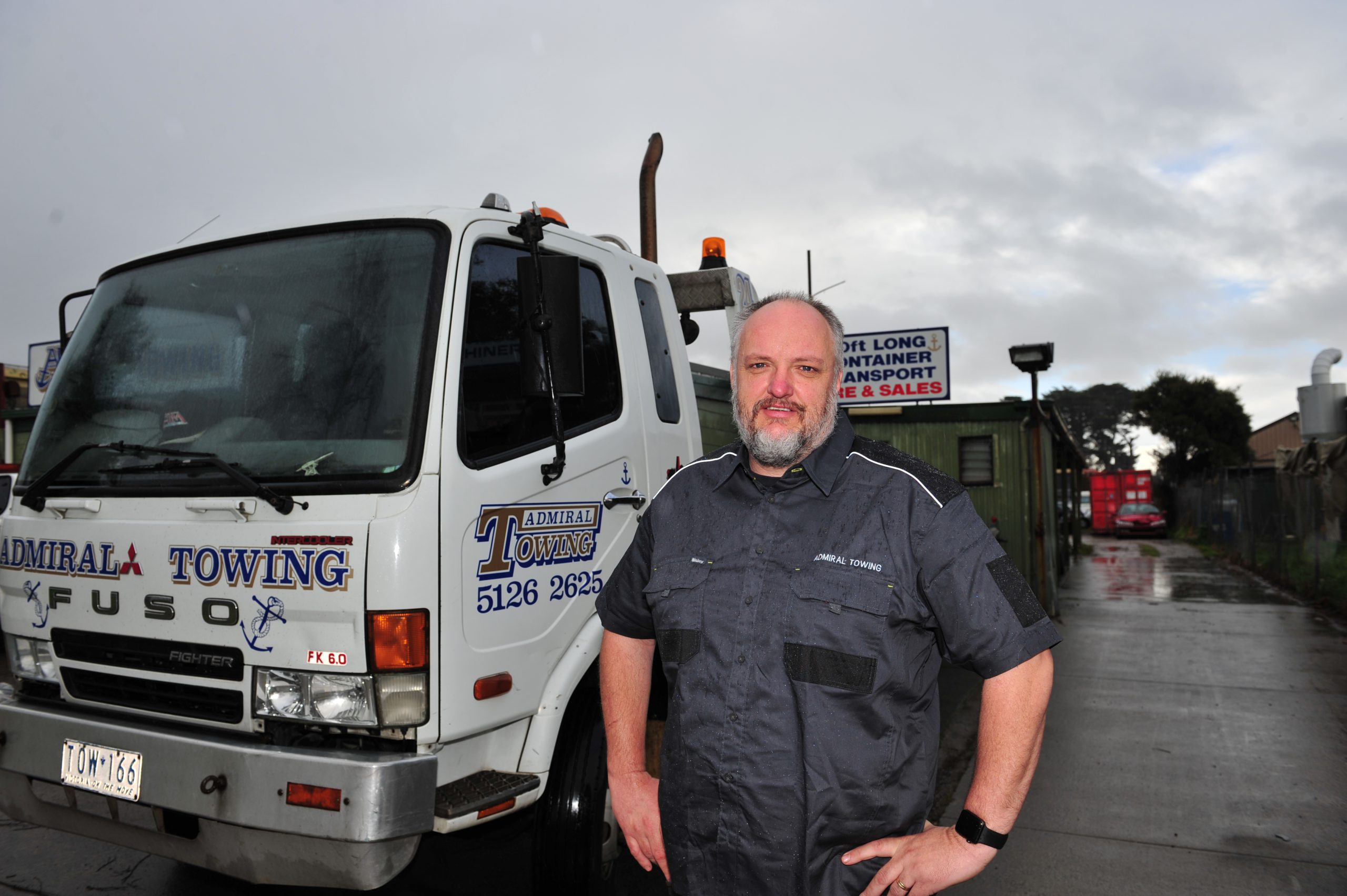 Admiral Towing manager David Gridley says the new barriers installed in the last six months across the Latrobe Valley have “taken away a safe work area” to load vehicles onto a tow truck.

“It’s the worst between Traralgon and Morwell and we’re worried that now they’re doing safety improvements to roads like the Hyland Highway, there will be even less room because the road drops off down embankments in certain sections of the road for kilometres,” Mr Gridley said.

“At an incident where there is police, ambulance and fire trucks present, they could have 10 vehicles on the scene which means vehicles are slowing down anyway.

“But at a breakdown on the side of the road, we’re often on our own… very few drivers slow down or move over.

“We’ve had a truck lose a mirror on the freeway near Morwell and that was before the wire rope barriers were installed. Imagine what could happen now.”

It comes as Mr Gridley met recently with a VicRoads representative following a Facebook post raising concerns over the narrow and dangerous emergency service lanes.

“We were contacted by VicRoads and had a meeting with their representative… they now realise that there is an issue with some of the barriers and said they would implement a policy that wherever possible barriers would be four to six metres from the road,” Mr Gridley said.

“Where they can’t be due to whatever reason, they’re going to look at putting in break down bays.”

In a statement to The Express, VicRoads alliance program manager Michael Flegg said an implementation aspect of safety barriers along the highway would include pull over areas and where possible a minimum three-metre gap between the lane and the newly installed barriers.

But Mr Gridley, who employs five operators, said his trucks were two-and-a-half metres wide, allowing only 250 centimetres on either side of the truck to load a vehicle.

“Our main concern is that the wire rope barriers have been installed so close to the road that we are unable to load cars without standing in the lane where cars are travelling at 110 kilometres per hour,” he said.

While he does not argue against the installation of wire rope barriers along the freeway, admitting they “do save lives”, he urged drivers to slow down and leave plenty of room when passing a responding tow truck.

“The message is that we need the general public to slow down and move over into the centre lane when they’re passing tow trucks and roadside services,” Mr Gridley said.

He also has concerns about new road laws to force drivers to slow to 40 kilometres an hour when passing an emergency service and enforcement vehicle, questioning why tow trucks weren’t included as part of the new law.

“Our industry has been campaigning for a slow down and move over law for over a decade,” he said.

“There’s more tow truck drivers that have been hit and killed in Australia than the emergency service workers and we’ve been completely ignored.

“That’s not being critical of the emergency service workers, their lives are important too, but it’s just unfair that towies aren’t included in this law.”

In a statement to The Express, State Roads and Road Safety Minister Luke Donnellan said motorists have an obligation under Victoria’s road safety laws to drive safely.

He said the new rule only applied to emergency and enforcement service vehicles as defined under Victoria’s road rules.