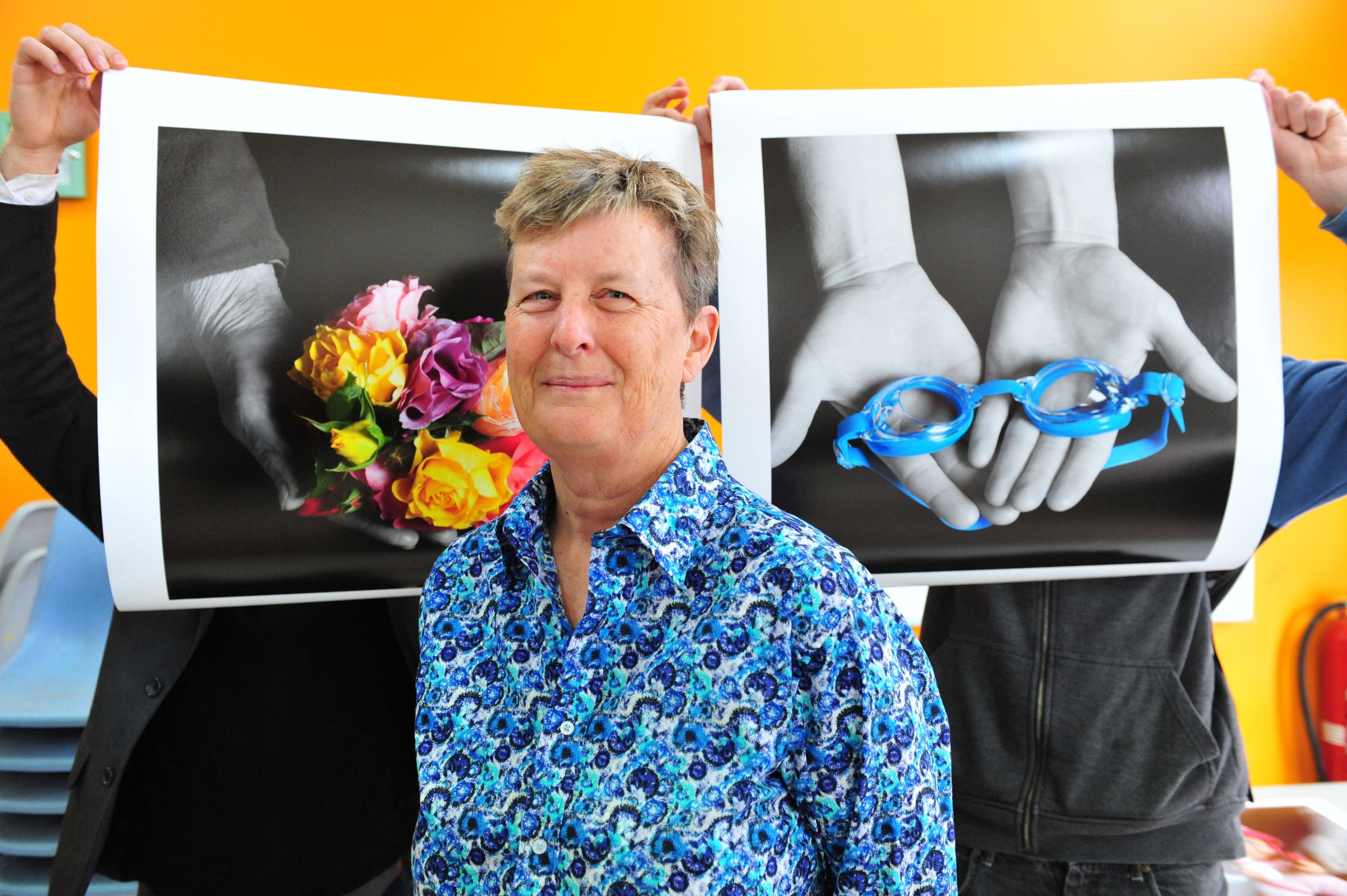 A positive future for Morwell is the catalyst behind a new photographic exhibition to be showcased at Federation University’s Switchback Gallery in November.

People and groups across the town are being asked to consider what the future of Morwell looks like in an attempt to capture a positive snapshot of its future through a selection of images.

Hazelwood Health Study research associate Sue Whyte said the exhibition had already received a number of “beautiful pieces” to help showcase the town following the mine fire and closure of Hazelwood Power Station.

“There’s one from the rose garden group in Morwell and it features a beautiful bunch of roses, that’s about everything coming up roses for Morwell,” Ms Whyte said.

“Another interesting photo is a pair of swimming goggles and that’s from the Morwell Swimming Club who would like every child to know the joy of swimming.

“We’ve also have a book open and that’s about everybody having the chance to read books from the free library.”

The exhibition titled ‘Our hopes for the future of Morwell’ is a project by the Hazelwood Health Study, in collaboration with Morwell Neighbourhood House and Federation University.

Ms Whyte said the exhibition followed consultation with community groups who set out to do something positive to showcase the town.

“It came out of the work we were doing with the Hazelwood Health Study looking at community wellbeing and how people thought about the recovery (following) the mine fire,” Ms Whyte said.

“We came up with the idea of people thinking about what their future hopes for Morwell were and coming up with a symbol (to feature in a photo). Then we’d take a photo of that symbol in their hands and (feature it in) the exhibition.”

Morwell Neighbourhood House manager Tracie Lund the exhibition would provide an opportunity for people to symbolise their future hopes and dreams for Morwell.

“We know that Morwell and Hazelwood (Power Station) have been very, very good to the state because of the power that they’ve generated so it’s an awesome opportunity to celebrate all of the awesome things about Morwell and what the future could be,” Ms Lund said.

People interested on having an image of their chosen symbol taken in their hands can attend Morwell Neighbourhood House on Thursday, 24 August from 10am to noon.

The photographic images will then be exhibited at Switchback Gallery, Churchill in November.