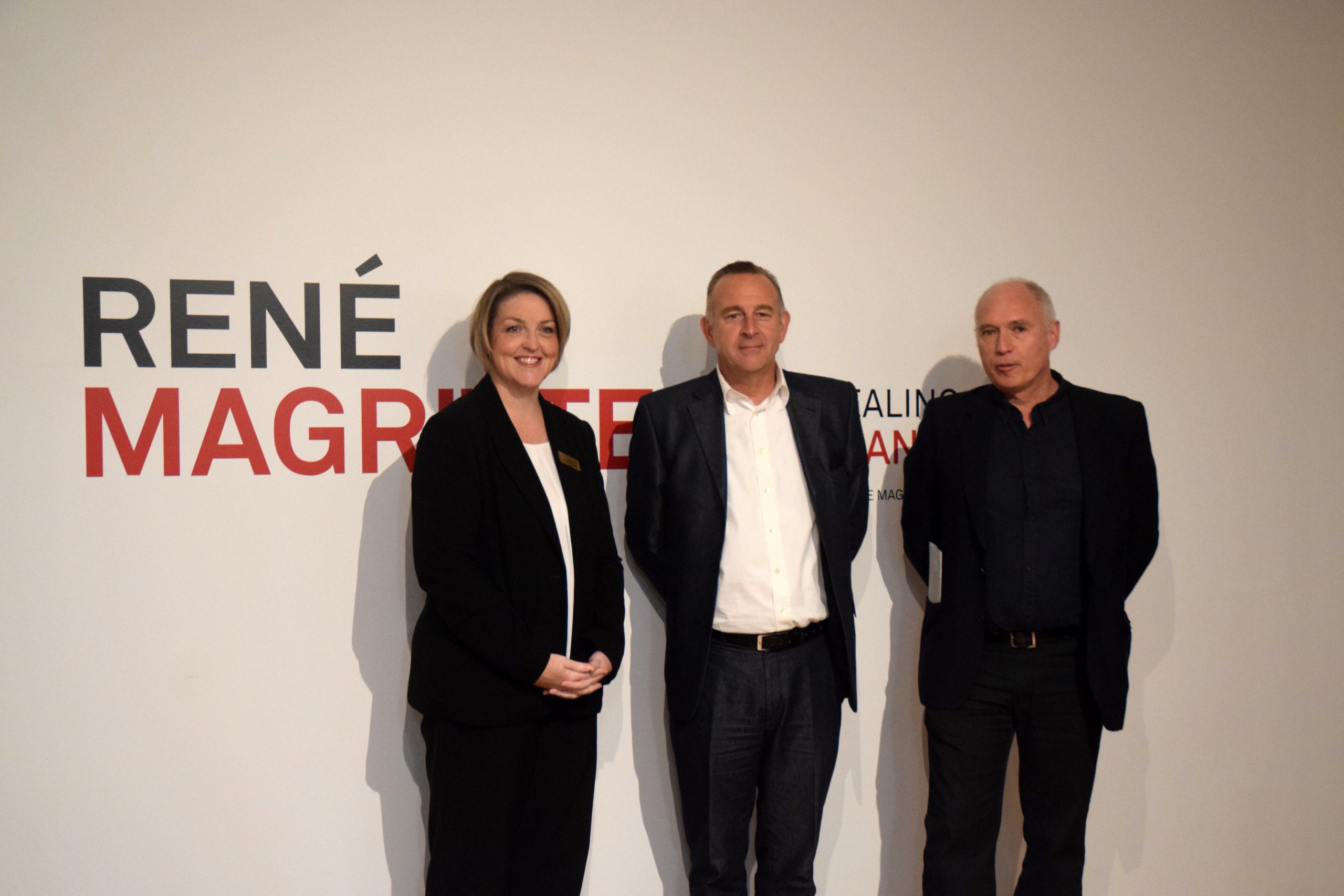 Gallery director Mark Themann, said at the official opening on Thursday, there was a deliberate approach behind the diversity of exhibitions on display, and it was a coup to have now achieved it.

“What we want to do is we want to mix things. So we want to show contemporary art from the region,” Dr Themann said.

“We have this massive beautiful exhibition which could be at the Museum of Modern Art or could be in the National Gallery of Victoria, and we have downstairs cutting edge work, difficult work, by a Sydney-based video artist.”

He said it had come about from a lot of hard work over a couple of years and he appreciated the “vote towards the progressive” from Latrobe Valley Authority and Latrobe City Council, which both contributed to the $1.51 million refurbishment.

The upgraded lighting, storage, hanging and climate control systems at the gallery have now allowed the exhibition of about 130 photos and films from Belgian surrealist Rene Magritte.

The 20th century artist is known for his paintings, however the exhibition reveals connections between his photography and painted works.

Exhibition chief curator Xavier Canonne said Magritte never exhibited a single photo in his life, yet they were full of easy-to-realise “brilliant ideas”.

“For me he is the most important artist of the 20th century with Marcel Duchamp. Probably because it is not about painting it is about philosophy, it’s about reflection,” Mr Canonne said.

The exhibition is laid out in chapters, starting with family photographs and skits he orchestrated with family and friends in his backyard.

Further in, the 1947 photo Queen Semiramis is noticeably a “variant” of the painting Perfect Harmony, as both depict a woman holding a leaf.

“When you see this photo it’s strong enough, it doesn’t need the painting,” Mr Canonne said.

“It’s so sad he didn’t use more photography.”

Dr Themann said he first saw half of Magritte’s work in Germany about 15 years ago and that experience was a catalyst for its eventual arrival in Morwell.

“It hit me and it never left me,” Dr Themann said.

“I love Magritte for his complexity. On one level he’s very easy, you know, everything’s there immediately, but I love the fact that he isn’t dogmatic.”

Latrobe City mayor Kellie O’Callaghan commented on the ability for the redevelopment to reactivate the building which was a “dearly-loved community asset”.

“We can have our community art and community-activated spaces and kids participating in education programs but we’ll also get these wonderful exhibitions,” Ms O’Callaghan said.

She said it was a great opportunity to draw people to the Latrobe Valley who might not have had the region on their radar.

“If this is what gets people in and they would like to see it, then they’ll enjoy a broad range of other hospitality in Latrobe as well,” she said.

Rene Magritte: The Revealing Image will be open until 19 November, and Latrobe Regional Gallery is open seven days a week.