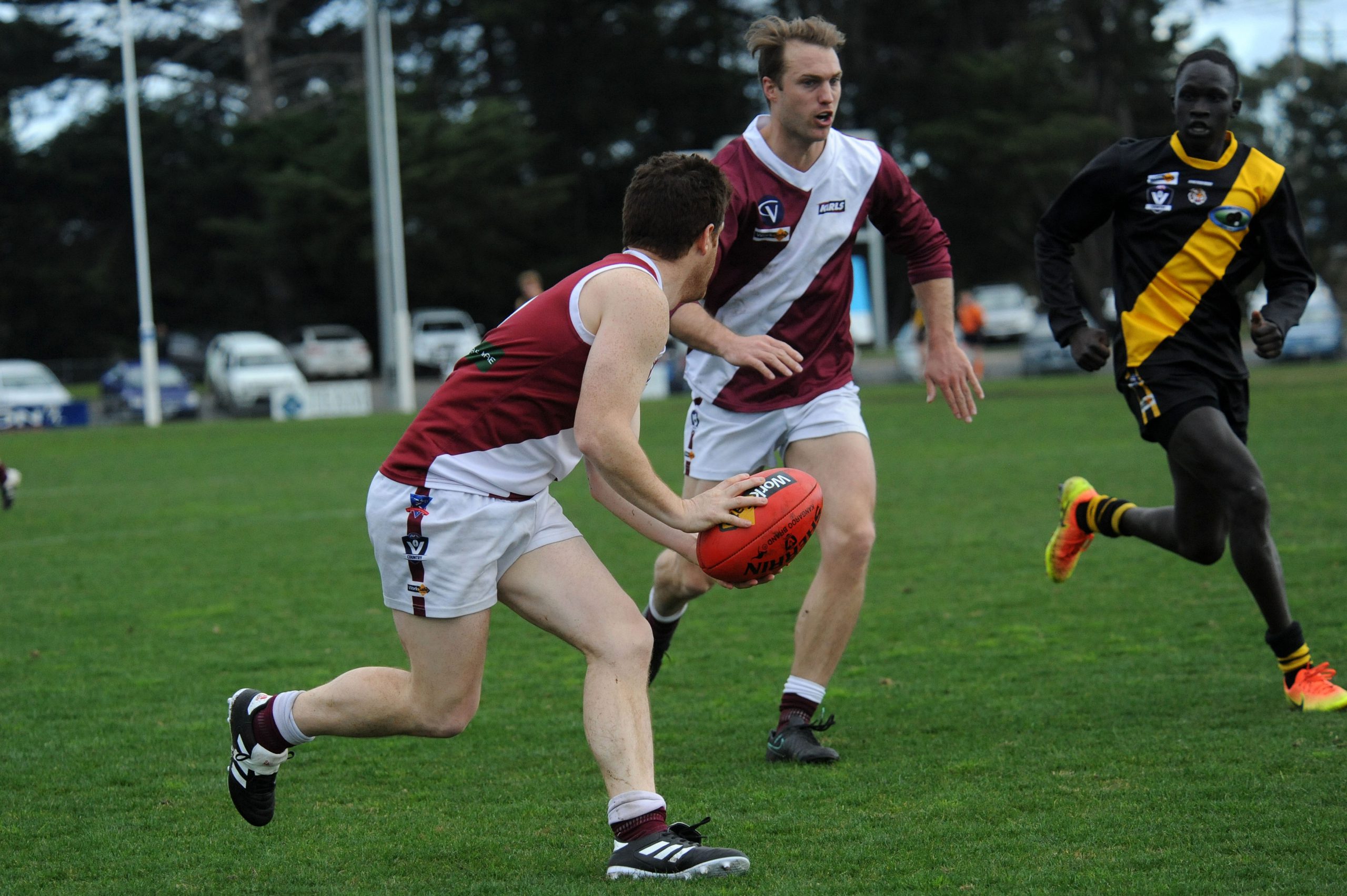 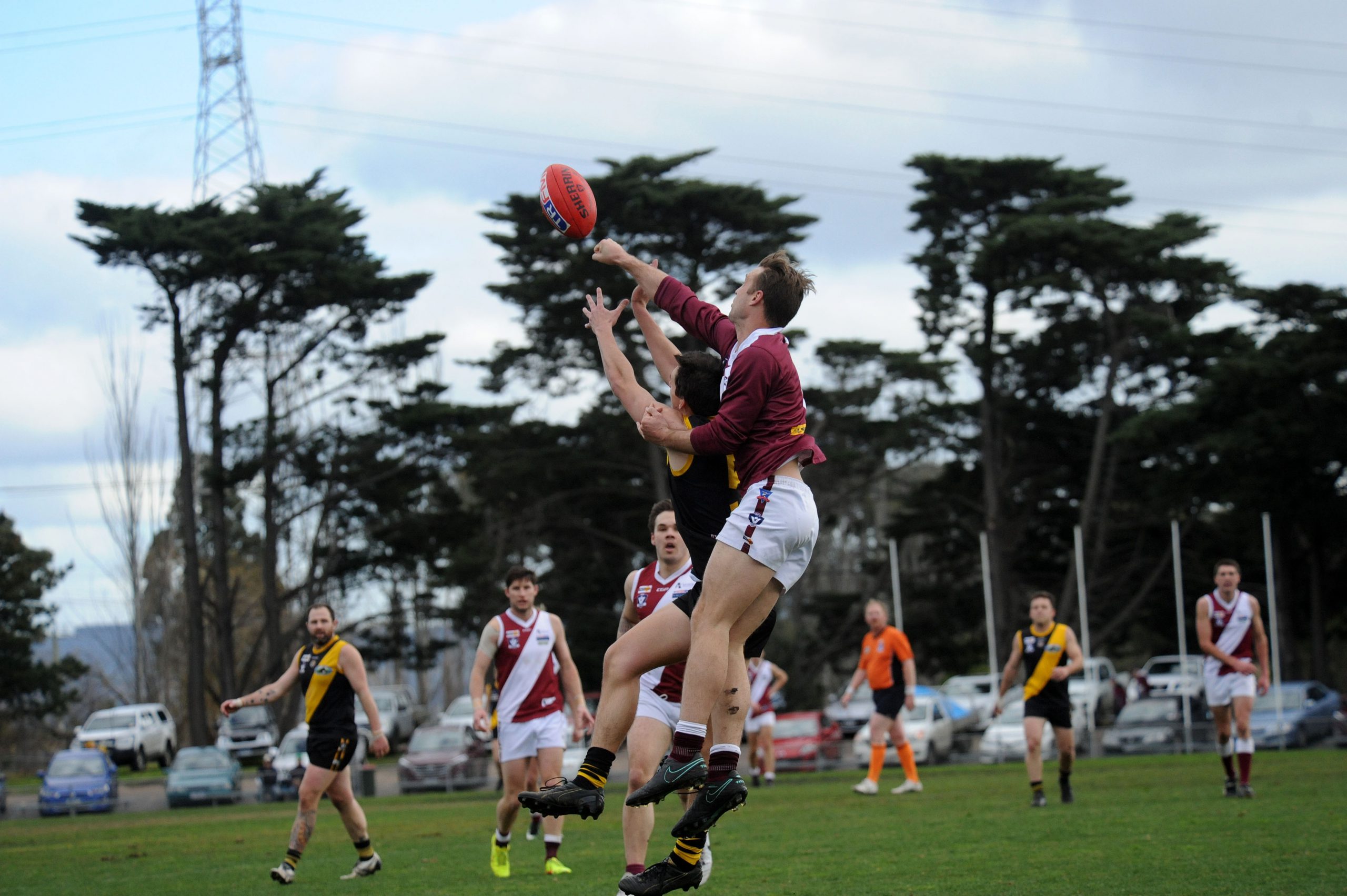 Morwell and Traralgon met for the 200th time at the weekend in round 17 action and the fierce rivals certainly put on a show befitting the occasion, with the Tigers outlasting the Maroons 13.8 (86) to 9.10 (64).

The win was huge for the Tigers who have now secured fifth spot on the Gippsland League ladder for a 2017 finals berth.

Traralgon led 41-33 at half-time but a spirited 4-0 goal third quarter from the Tigers set the scene for a thrilling last term.

The Maroons scored the first three majors of the last quarter to give them a two-point lead at the midway mark, but the Tigers refused to lie down.

Morwell kicked into gear and scored the next four goals to storm home by 22 points.

The Tigers had an even spread of goal kickers with James Jacobsen, Robert Michaelides, Hayden Britten, Brandon McDonald and Daniel Hutchison each bagging two.

Lee Stockdale and Jordan Sandy were the only multiple scorers for Traralgon with three and two goals, respectively.

Ryan Hearn was electric for the Tigers in the landmark win and was joined by Tyler Hillier and James Jacobsen on the best-on-ground honour roll.

Michael Stockdale was the best for Traralgon along with Bailey Cameron and Jake Bishop.

The loss didn’t dent Traralgon’s premiership hopes and they remain in third position on the ladder, two points clear of Moe.

Morwell coach Joel Soutar said the win was a real confidence boost for the Tigers.

“We haven’t beaten a side above us so it was great to get a win against a top five side,” Soutar said.

“(The win) has put us into finals so we’re pretty excited and we certainly think we played pretty well.”

The Redlegs were held to just four goals to three-quarter time but a five-goal last term helped them redeem some dignity.

Jarrod Freeman was the lead goal-scorer for the day with four, while Jordan Dessent, Kane Martin and Kyle Dunkley bagged three each.

Russel Cowan and Tomm Bryan were the only multiple scorers for Bairnsdale with two each.

Jamie Sweeney was best afield for Sale in the win and was joined by Zac Hurley on the honours list.

Russel Cowan’s two goals were enough to earn him best-on plaudits for the Redlegs in the loss.

Finals are beyond reach for both Sale and Bairnsdale as the 2017 home and away season draws to a close.

Sale hosts Wonthaggi next week in the last game of the season proper.

The Eagles looked to be an insurmountable task for the Hawks on paper and they proved to be just that.

Kade Renooy was crucial for the Eagles with a six-goal haul.

Drouin lags in last spot on the Gippsland League ladder with no wins to its name this season.

Maffra has secured its finals berth for 2017 and will battle it out for a top-spot finish when it travels to Leongatha to take on the Parrots in what could well be a grand final preview.

Drouin is not without a chance to notch its first win of the season in the last home and away game as it plays host to ninth-placed Bairnsdale in round 18.

Bradley Hefford and Nathaniel Paredes were the only multiple scorers for Warragul with two each.

The Gulls never really looked like providing a challenge after quarter-time and trailed at every break.

The loss is Warragul’s 10th for season 2017 and means it trails Morwell in fifth spot by 10 points.

Leongatha will headline the biggest game of round 18 this weekend when it fights second-placed Maffra for a top-spot finish.

The win is a confidence boost for the Lions ahead of finals after they suffered a narrow three-point loss to Maffra in round 16.

Karl Mutke and Scott Van Dyk both bagged four for the Lions while Dylan Farrell and Jacob Wood scored two each.

Moe hosts Morwell next round and Wonthaggi travels to Sale.