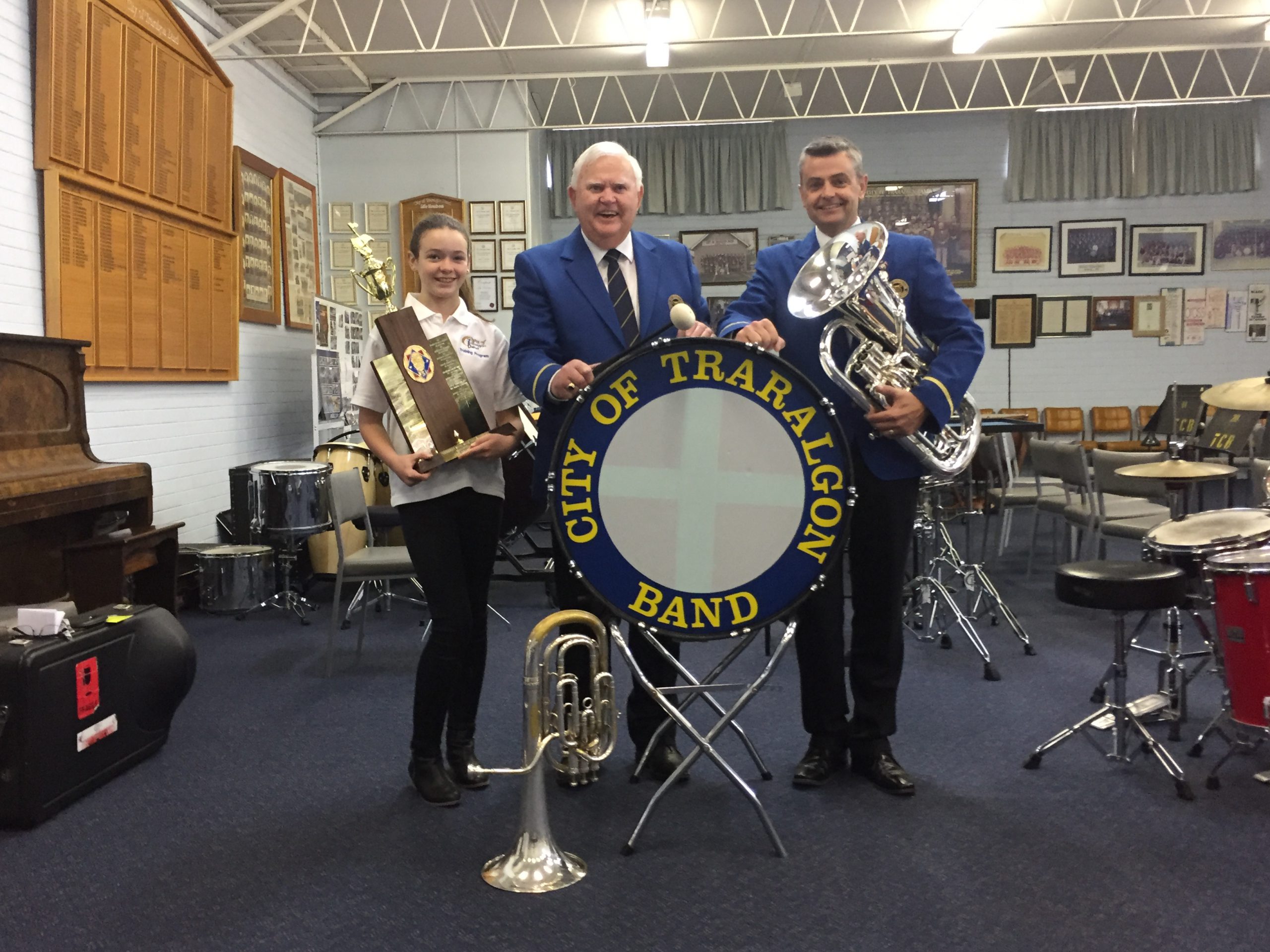 Defending champions, the City of Traralgon Band, returned victorious from the Victorian Bands League state championships in Ballarat on 19 and 20 August.

The community brass band of more than 30 skilled musicians performed four pieces against stiff competition to take home the prize.

“The competition was so hard this year. The level has really raised,” Ms Wilson said.

“The mood has just been ecstatic. Leading up the competition we were playing so well and it has been a wonderful result.”

She said the senior band rehearsed every Wednesday with a musical conductor who travelled up from Melbourne.

“Broden Ford… is a young, upcoming conductor who is making his mark,” Ms Wilson said.

“We beat the field so strongly last year with Broden, so this year [the other competitors] really pushed us and challenged us to knock us out.

“Last year was a great year, but to hold and defend the title this year was more of a challenge, certainly.”

She said the band consisted of “all the brass instruments” and percussion.

“We’ve been running since 1881… we have a rich, beautiful and proud history,” Ms Wilson said.

She said the Keith Chenhall Charitable Trust recently gifted the band almost $12,00 worth of instruments.

“Mr Peter Wood presented us with some instruments… we are deeply grateful,” Ms Wilson said.

“(Keith Chenhall) was a past life member of the band.

“Some of the instruments have gone on to new beginning or training members.”

She said the band welcomed newcomers of all agers.

“We operate on a waiting list. Any new students are invited to join the waiting list for 2018 classes,” Ms Wilson said.

“We provide instruments for all the children and fees are very reasonable.”

“Donations over $2 are tax deductible,” she said.

To donate to the City of Traralgon Band, email