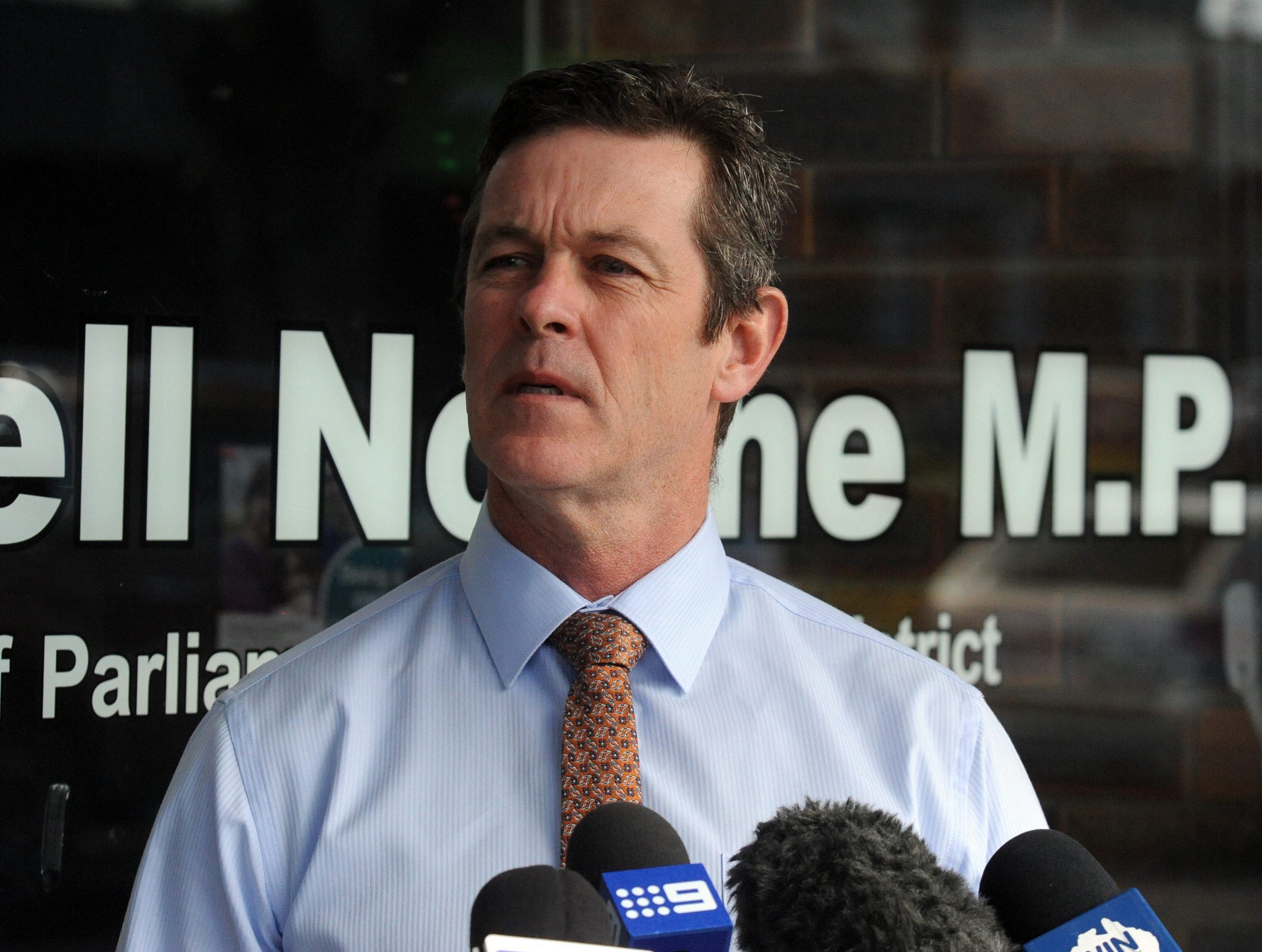 The battle for the Seat of Morwell in 2018 will be a close one.

That’s about all political commentators can agree on ahead of next year’s November state election.

Last week’s resignation of long-serving MP Russell Northe from the National Party has cast a new level of uncertainty over the future of the marginal seat, with Northe unsure whether he will recontest as he battles mental health issues.

Preselection for the major parties is yet to take place, but the Nationals, Liberal Party, Labor, The Greens and independents are all expected to throw their hats in the ring.

Former Nationals state director Jenny Hammett said the last time there was an election campaign “as interesting as this” was 2002 when she stood as a candidate following the retirement of the long-serving Keith Hamilton from the then-Labor-heartland seat.

“A lot of people who [usually] only voted Labor, voted Nationals or independent in that campaign,” Ms Hammett said.

Ms Hammett drew 12.33 per cent of the primary vote in 2002, behind independent candidate Brad Platschinda’s 14.54 per cent.

Labor’s Brendan Jenkins ultimately won the seat with 54.86 per cent after preferences against Liberal Diane Blackwood.

This set the foundation for Labor’s loss in 2006, Ms Hammett said, when Labor’s 36-year stronghold on Morwell came to an end.

Mr Northe was elected to the seat on the back of preferences from Labor defector Lisa Proctor, who ran as an independent against Mr Jenkins.

In 2010 The Nationals’ position strengthened with Mr Northe taking 56.11 per cent of the primary vote.

But a variety of factors in 2014 made Morwell marginal, including the handling of the Hazelwood mine fire crisis and electoral boundary changes which meant Morwell took in a whole community of Labor faithful in Newborough.

In that election, independent Tracie Lund achieved 10.91 per cent of the primary vote.

Ms Hammett said independents “would always pick up votes in Morwell” and next year’s result would depend on the quality of the candidates.

But Monash University senior politics lecturer Nick Economou disputed this, saying he still believed voting was based on identification with a political party.

“People’s primary source of making sense of politics is through the party system,” Dr Economou said.

He said he did not think Mr Northe could win as an independent and had he remained with the Nationals, he would have had a “good chance” of retaining the seat, presuming there would be an anti-government swing against Labor this time around.

“There is a view among some that Morwell is ripe for the picking for an independent, but I disagree,” Dr Economou said.

“It will probably be between Labor and the Nationals. Thereafter, I have no real confidence for what the outcome will be.”

In 2014 The Nationals kept a stronghold in Traralgon voting booths and outlying towns, with Labor performing better in all Morwell and Newborough booths as well as Churchill.

“You’ve got an arm-wrestle there,” Dr Economou said.

Labor will pump $266 million into the Latrobe Valley to assist with its economic survival in the wake of the March closure of Hazelwood Power Station, however it has copped criticism from some in the community for the generator’s closure on its watch.

Mr Jenkins told The Express he believed there was no reason why Labor couldn’t win Morwell.

He said an argument blaming Labor for the closure of a private company didn’t hold water, but any Labor candidate should be able to stand up and have that debate.

Mr Jenkins said a political campaign in the Latrobe Valley would need to include what the candidate could realistically achieve and what their party would be committed to.

“That’s going to be a big ask, because it won’t always be what people want to hear,” he said.

Mr Jenkins said committing to decisions that would prevent private companies from a repeat of the Hazelwood scenario could and should be done, however promising to build a power station or buy a power station was “unreasonable”.

“[Voters] want somebody who can tell the clear and honest truth to people,” he said.

“Someone telling it the way it is, is what we deserve.”

Mr Jenkins said independents would have an influence on the election outcome, but he would be surprised to see one win in their own right.

“The only way would be if they could convince people they could do something they couldn’t do,” he said.

Mr Jenkins said he believed the contest would come down to a Liberal and a Labor candidate.