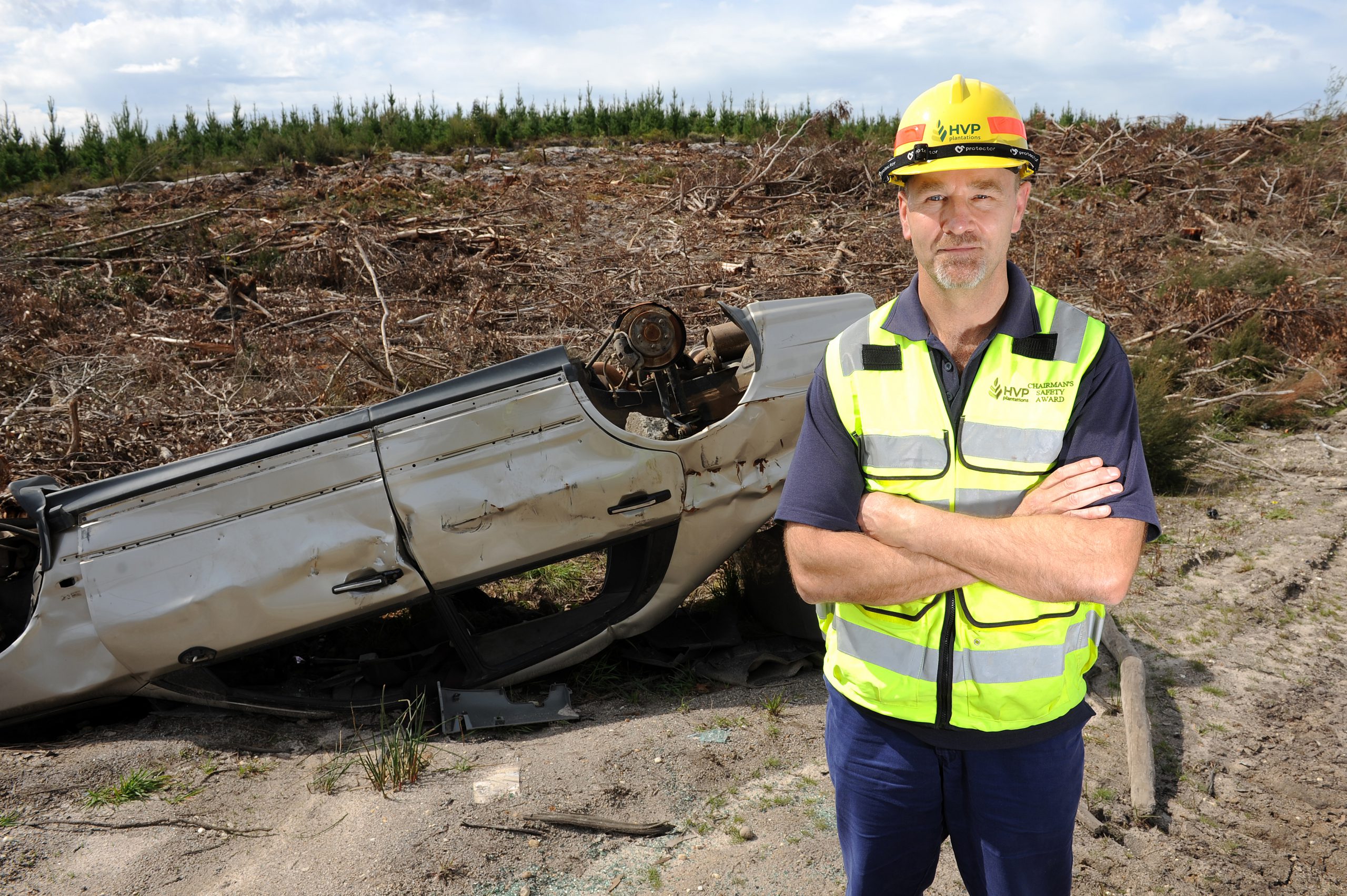 Abandoned vehicles dumped at Hancock Victorian Plantations’ sites across the Latrobe Valley are costing the company more than $50,000 a year to remove.

In addition, the company which owns about 130,000 hectares of property in Gippsland, spends about $100,000 annually removing waste and dumped rubbish across its plantations.

HVP Plantations fire coordinator Maarty Krygsman said there had been a significant increase in dumped cars over the past two years and was concerned the abandoned vehicles, if not removed, could pose a fire risk to the company’s plantations in the dryer months.

“Over the last 15 years we’ve lost about 15 per cent of our plantation to fires, mainly arson fires. That actually resulted in one of our main customers having to close down in Carter Holt Harvey because we were unable to supply them with timber because it had subsequently been lost in the fires,” Mr Krygsman said.

“When anyone burns a car, there’s a potential for it to spread into a plantation and if it’s a bad fire day, the potential for it is to turn into a catastrophic event depending on weather conditions.”

This week the company will remove 17 burnt-out or destroyed vehicles, dumped over the last few months, from its plantations in the Latrobe Valley.

It costs HVP Plantations about $50,000 a year to extinguish, remove and dispose of burnt-out and derelict cars from its properties.

“Most of the time, they burn the cars when they dump them, or they’ll come back and burn them at a later date,” Mr Krygsman said.

“At our Flynn depot there’s about 20 to 30 cars sitting there, some [of those] aren’t burnt because we try and collect them before they’re set alight.

“One of the reasons we feel there’s been a big increase in illegal dumping is the scrap metal price has dropped to a very low amount. People aren’t getting very much money for old cars so they opt to dump them instead.”

“We’ve found that there’s been a high increase of stolen vehicles or vehicles in general being dumped, particularly in the pine of blue gum plantations,” Mr Mynard said.

“This may be due to the low prices for scrap metal… but with the strong winds and predicted dry summer, it could pose a major risk to the community in general if a car is set alight in a plantation.”

Latrobe Highway Patrol Leading Senior Constable Bromley Llewellyn said most recently the burnt-out remains of a Nissan sedan were discovered in a HVP plantation near Hernes Oak on Wednesday, 20 September.

“It is understood that the vehicle had been dumped in the plantation for about one month. The risk to the plantation catching alight was significant, luckily the fire was extinguished in a timely manner.”

While the plantations are situated on private property, the company has had limited success in deterring people from entering the sites.

But Mr Krygsman said with recent patrols and the addition of CCTV cameras, there had been “a number of prosecutions” in recent times in relation to illegal dumping on the company’s sites.

“Illegal dumping on out sites is a huge issue, that costs us additional $100,000 to the cars to remove the waste,” he said.

“Unfortunately in the past when we have gated areas, the gates have been stolen so to fence and gate all our plantations is impractical due to the cost.

“We conduct patrols, especially on high fire danger days and also we’ve employed a local laws officers through the Latrobe City Council to help reduce illegal dumping on our site which includes vehicles.”