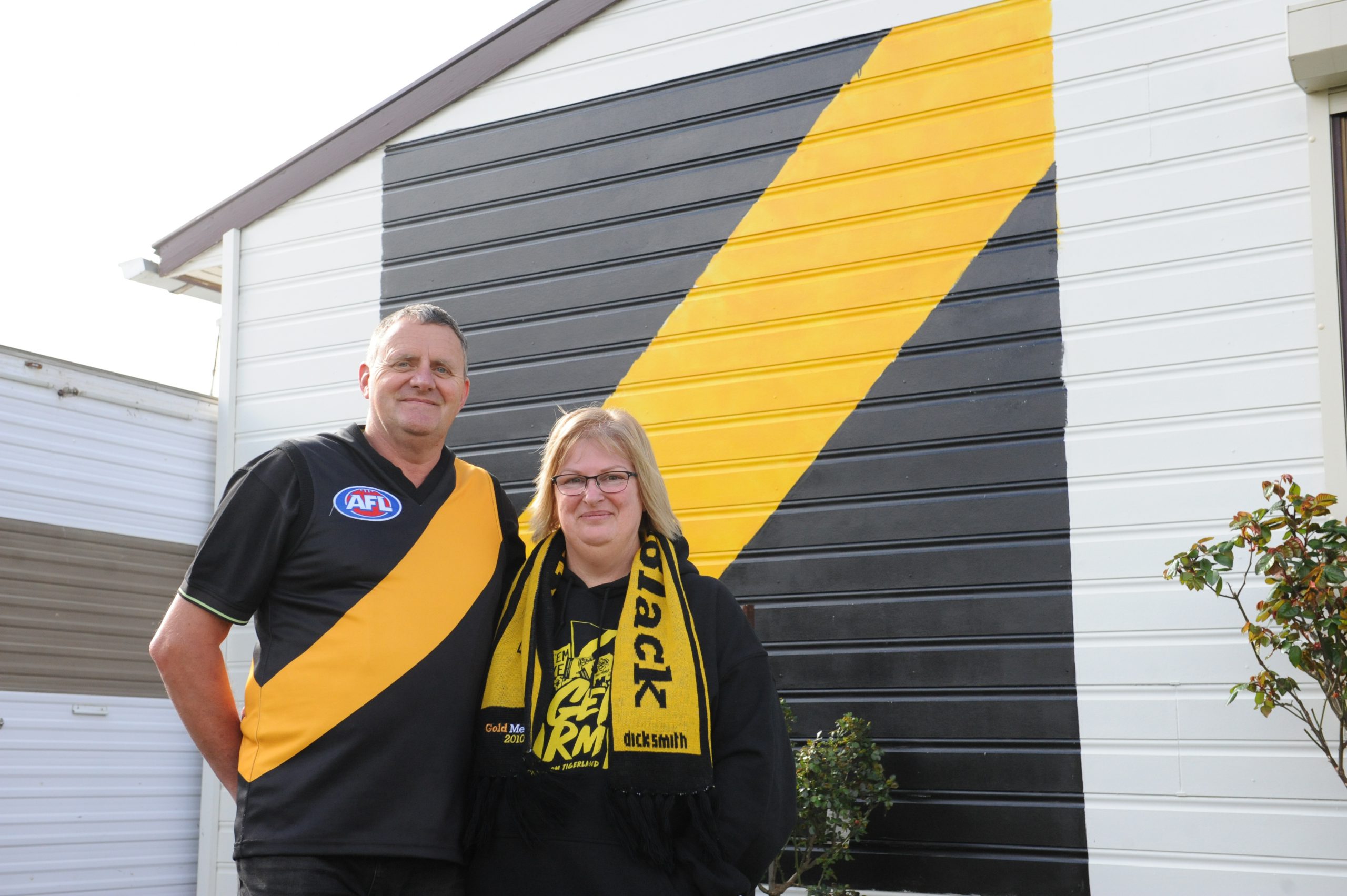 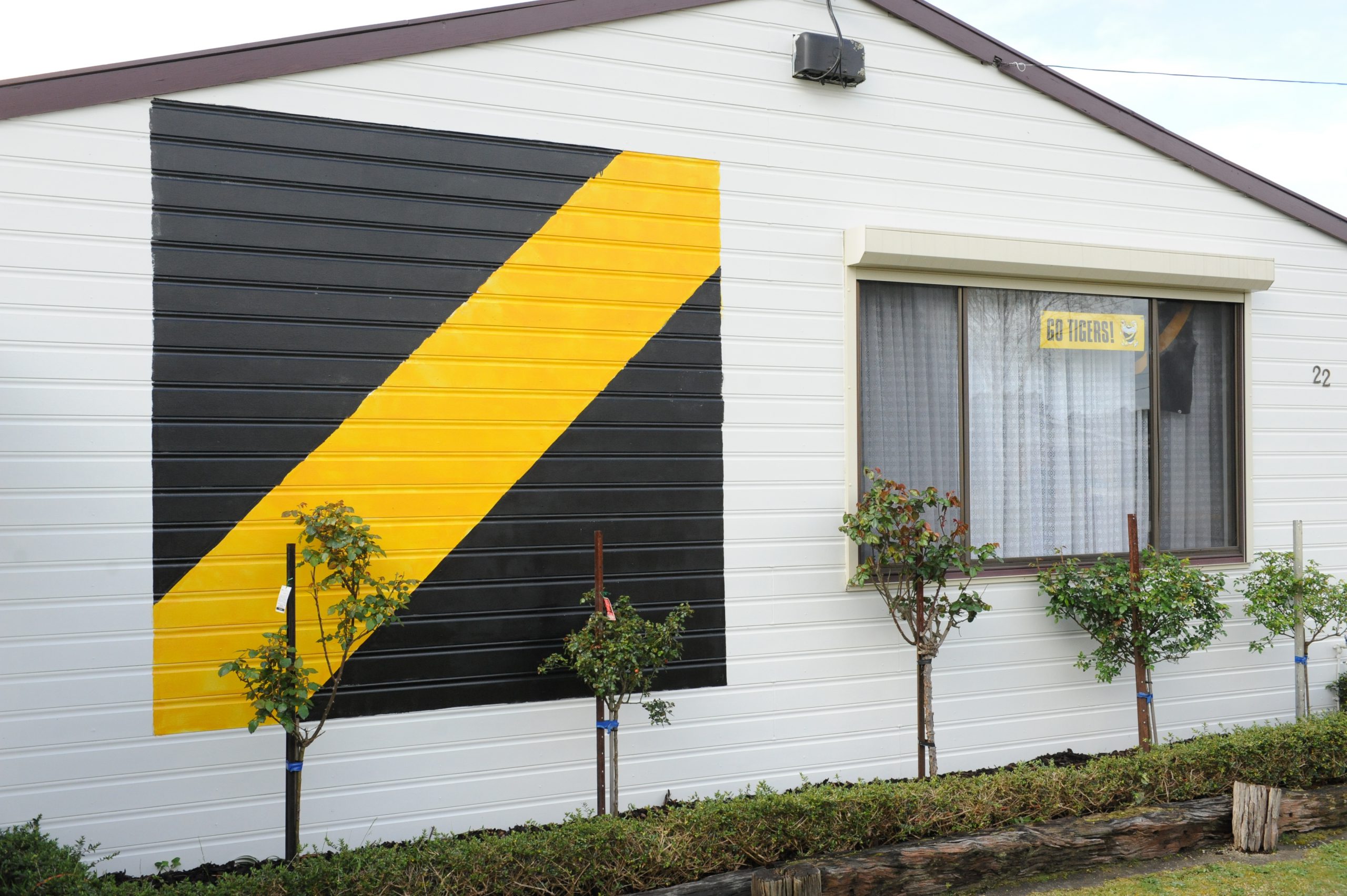 Latrobe Valley resident Mick Bink said it was a “no brainer” to paint his house yellow and black after Richmond defeated Greater Western Sydney in Saturday’s AFL preliminary final.

“It’s something that I said I would do if Richmond made it through to the grand final,” Mr Bink told The Express on Monday.

The born-and-bred Newborough resident said he had received a lot of positive feedback since painting a front section of cladding on his house in Richmond colours on Sunday.

“Everybody seems to be giving me the thumbs up and they keep telling me that I’ve done a good job… I’m yet to have a Crows fan drive past though,” Mr Bink said.

“I think it’s a piece of art, that’s what art is… something that people discuss.”

Mr Bink said regardless of Saturday’s result, the mural would remain displayed on the front of his home “for some time”.

“I guess I’ll take it down before Christmas, it’s going to be there for a while, but I haven’t really given much thought about how long I will leave it there for,” the father of two said.

“A friend of mine got a tattoo of a tiger on his chest, that goes a little bit further than what I’ve done but painting your house in yellow and black isn’t too far behind it.”

Mr Bink’s wife, Melissa, said she was surprised her husband “actually went through with it”.

“I must admit I was a bit surprised,” she said.

“He’s always said he would do it if Richmond got into a grand final so who was I to step in the way.”

“The neighbours haven’t commented much, but most of them are Richmond [supporters] anyway so I think they’ll be OK.”

When The Express asked Mr Bink what Richmond’s chance of winning the premiership was, he replied “we’ll win”.

“I’m hoping to go to the game, I’m in a member’s ballot and hopefully I’ll find out tonight,” Mr Bink said.