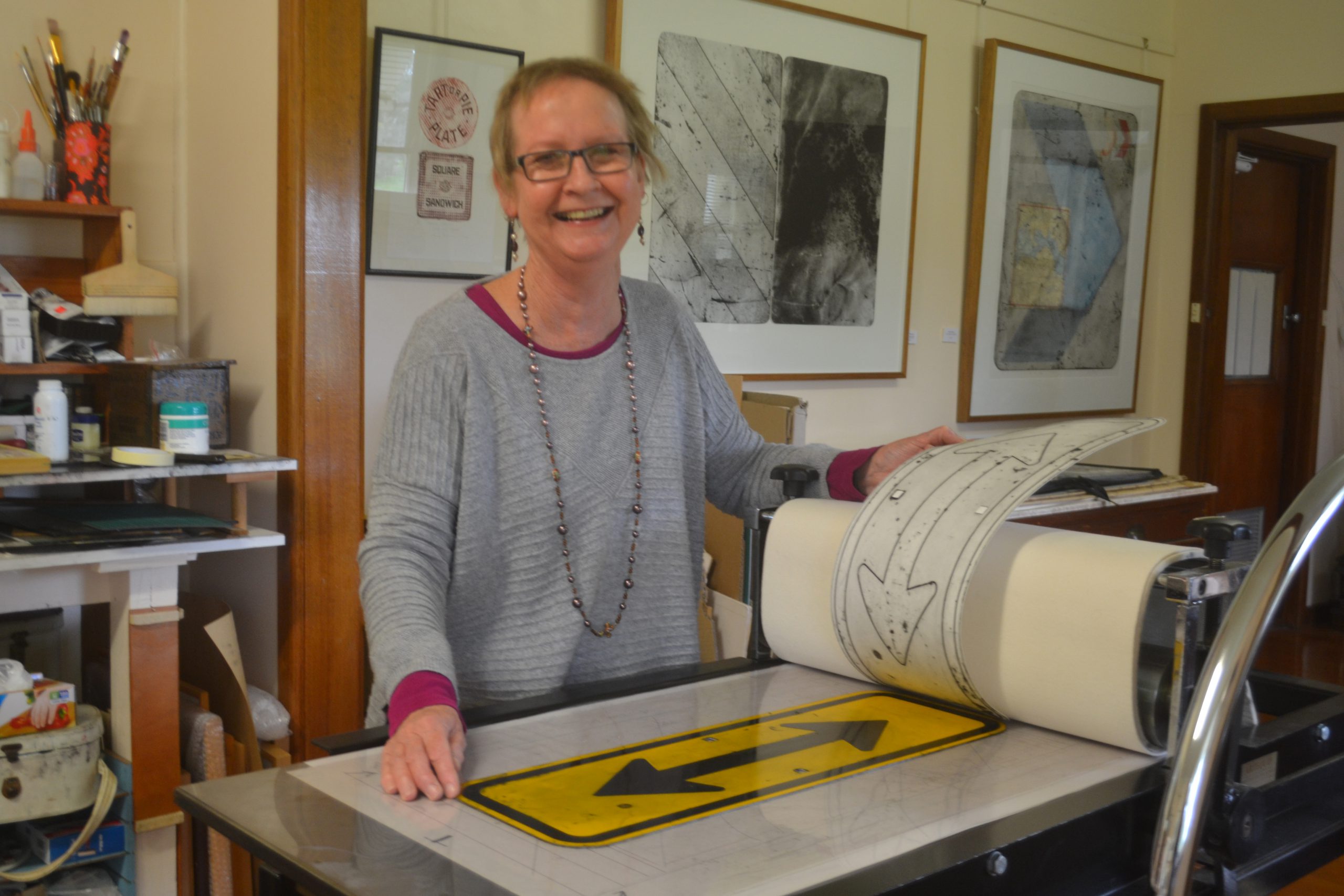 Boolarra artist Jenny Peterson, after 30 years of making prints, can understand the effect a studio itself has on an artist’s work.

“I rented a church in Boolarra for a couple of years at one stage, an old wooden church, and it was big, so my work became big,” Ms Peterson said.

Looking back through her folders of past prints, she can see those were two very productive years.

“When you’re paying money for something it urges you to use it,” she said.

Ms Peterson’s Park Road Studios in Boolarra are one of about 20 artists’ spaces and galleries allowing visitors in the Open Studios Latrobe weekend next month.

The Boolarra resident of about 25 years said these kind of events were highly interesting to take part in as an artist, and were often a race against the clock to fit all the destinations into one weekend.

“People are so different. Sometimes you pick up ideas from each other in terms of the tools or the equipment… how people will display their work,” Ms Peterson said.

She said she had moved studios several times in her career, however it was always the “number one need” for an artist to have their own studio.

And for Ms Peterson, a neat and organised studio was a specific need.

“I like being able to know where such-and-such a tool is because as I’m working I might need it quite quickly and to have to search through layers of stuff to find it – no,” she said.

Ms Peterson’s works are often made from found objects printed directly onto the page.

She started with objects such as flattened cake tins she had found in op shops and has more recently worked with road signs, partly as a reflection on the “habitual driving that people who live in the country do all of the time”.

Ms Peterson insisted she didn’t keep a spanner in her pocket, ready to dismantle council property, but rather found damaged objects.

“Sometimes I find them on the roadside, they’ve been run over, so they’re in the gutter and twisted and beaten up and usually off the post,” Ms Peterson said.

“The surfaces on them are a bit map-like with the scratches and the lines and the geometry of the shapes. So [the prints are] a little bit like an aerial landscape in ways.”

Newborough artist Sharon Anderson, who is also involved in Open Studios, said most of the time artists work quietly in their studios and the public don’t get a chance to see what goes on.

“Something people suddenly realise is we have an amazing diversity of artists in the Latrobe Valley,” Ms Anderson said.

PowerWorks, Morwell, will be the central hub of the weekend where participants can plan their journey.

Open Studios Latrobe runs from Saturday, 21 to Sunday, 22 October and is the same weekend as the Boolarra and District Art Show held in Boolarra Memorial Hall.

The Boolarra art show will run from Friday, 20 to Sunday, 22 October, with a wine and cheese night on the opening night from 7pm to 10pm. The show will be open on the weekend from 10am to 4pm.