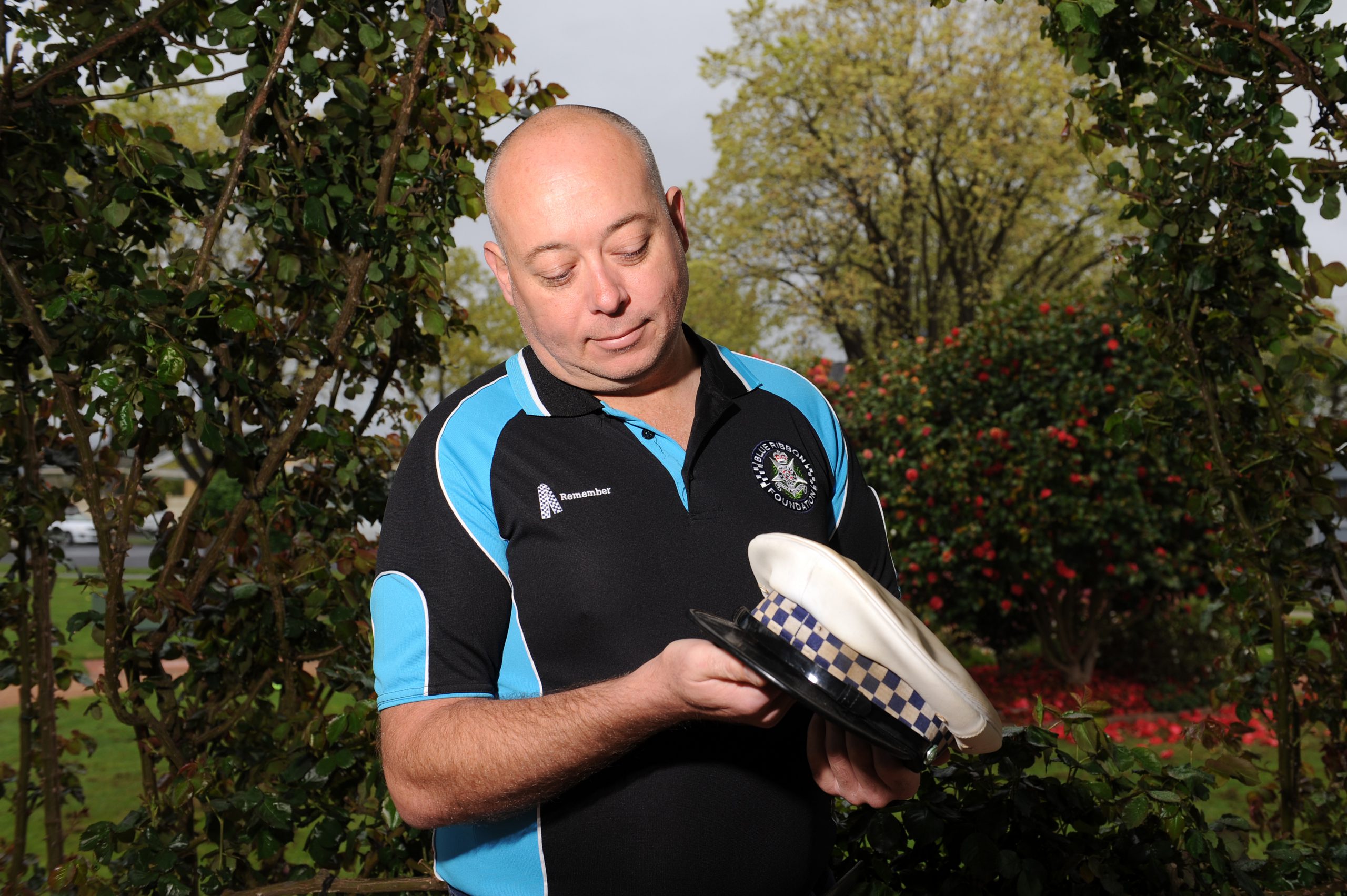 Adam Townsend has fond memories of going on Police Legacy camps every year in September as a child after his father, a police officer, was killed in the line of duty when he was four years old.

Mr Townsend, now 41, serves as a committee member for the Blue Ribbon Foundation Gippsland Branch but recalled how difficult it was growing up without a father.

“He was doing general duties policing at the time and was a motorbike rider stationed at Royal Park which no longer exists.

“He was a highway patrol member … back then it was the Traffic Operations Group when the wind got in his shield and he toppled off the bike at Wallan, north of Melbourne.”

It was September 1980 when Mr Townsend’s father, Senior Constable Leslie George Townsend, was killed after his head struck a guard rail.

“I think one of the hardest things at the time was finding out that my dad had died before police had officially told us, it was a big shock to the family,” the father of two said.

“We’d heard beforehand that he’d been killed before police had actually came to the house and told us.”

It was that event that led Mr Townsend to pursue a career working with emergency services and volunteering through the Blue Ribbon Foundation.

But it was the support from Police Legacy he received as a young bloke that inspired him to pursue his association with Gippsland’s Blue Ribbon Foundation branch.

At the time of his father’s death, Mr Townsend had two older brothers, six and eight, and a two-year-old sister.

“What [Police Legacy] used to do for the kids of the deceased was to support the families in various ways,” Mr Townsend said.

“One of those ways was, come September school holidays, to take all the kids who had lost a parent away for two weeks to give the surviving parent some respite. It gave the kids a chance to have a holiday as well.

“I still have so many of those memories of going away to Paynesville and Raymond Island and even Kilcunda Country at Lakes Entrance after my dad died.”

The Blue Ribbon Foundation has given Mr Townsend a chance to “recognise fallen members like my father” and help highlight the work police do to keep the community safe.

“Having the opportunity to show my kids about legacy is so important because I want them to see that that work I put in is in the memory of their grandfather,” he said.

Mr Townsend encouraged people to purchase merchandise, like the Facebook page or donate to tins around Gippsland to support the Blue Ribbon Foundation.

The foundation remembers fallen police killed in the line of duty through the support of worthwhile medical projects named in the honour of the fallen members.