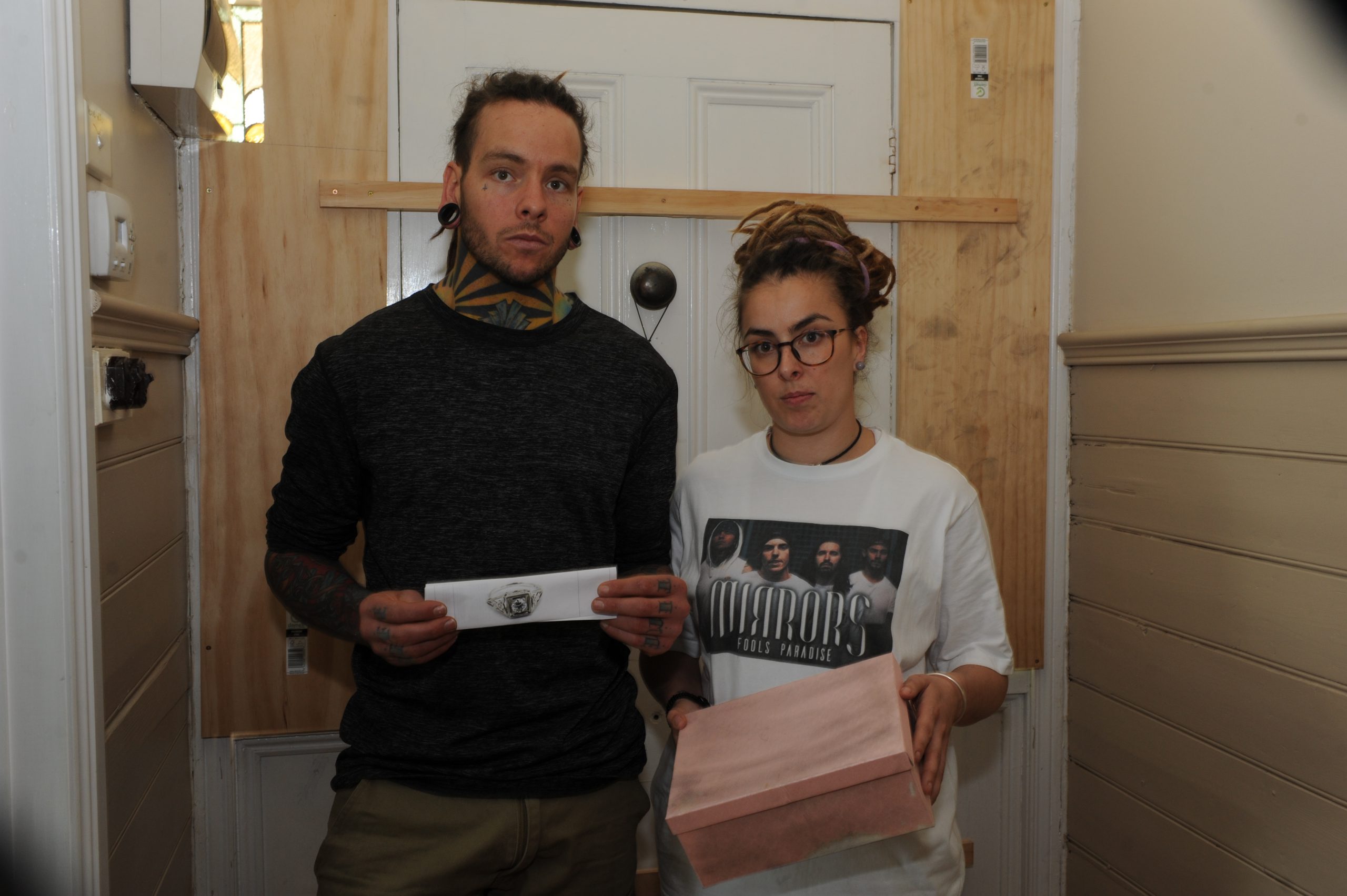 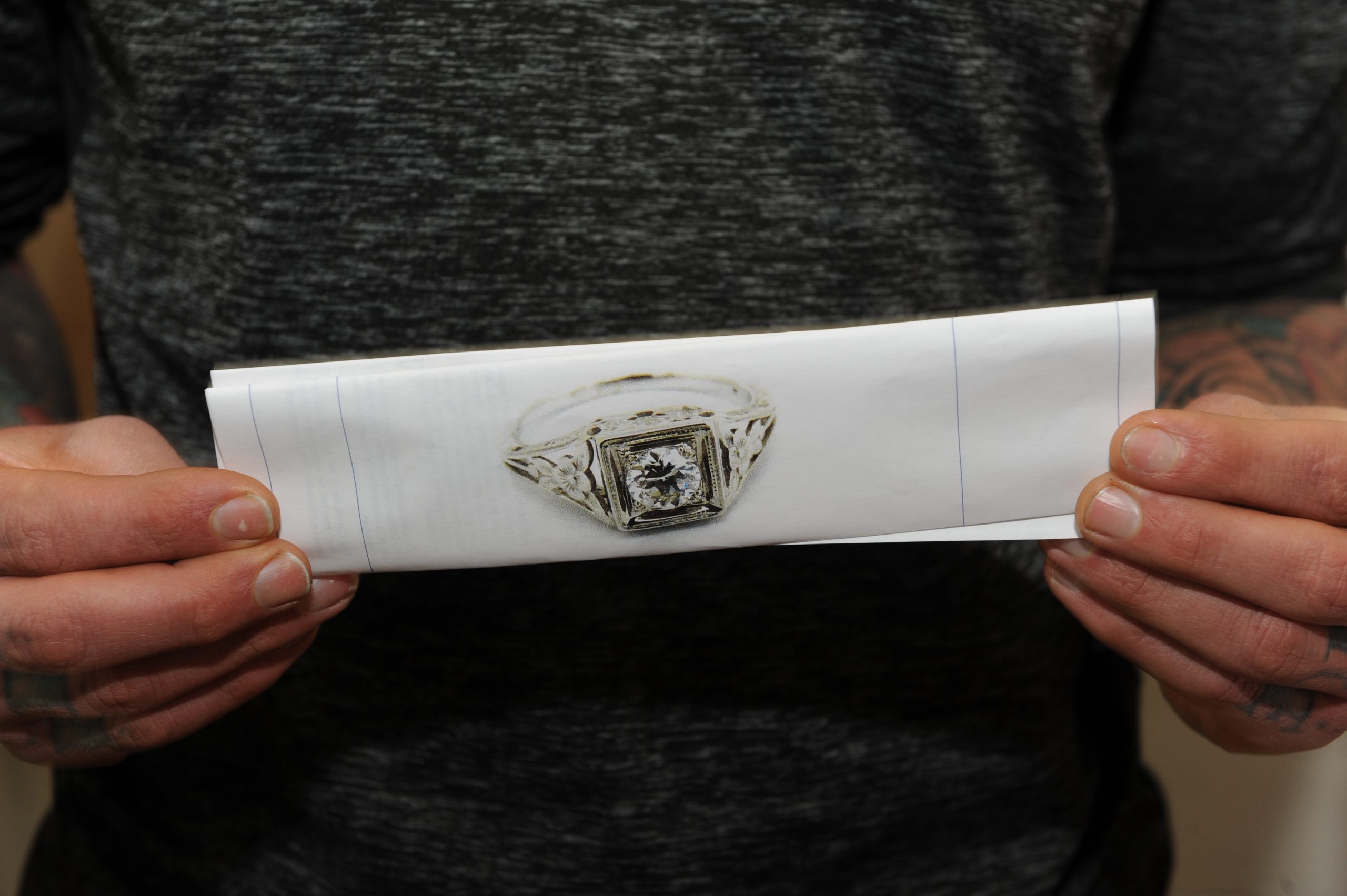 A Traralgon couple have been left heartbroken after their house was burgled during broad daylight on Thursday.

War medals, wedding rings, sentimental bracelets and earrings were stolen during the brazen attack after the front door was forced open while the couple were at work.

Jake Mackin and Leia Wood, who are set to be married next year, said the incident left them feeling violated and reluctant to remain in the 1900-built home.

More than 40 separate pieces of jewellery were stolen during the incident plus a number of sentimental items including a letter written to Ms Wood written by her grandmother.

“It’s ripped my heart out of my chest. They took the letter my nan wrote to me [that] I read every day,” Ms Wood told The Express on Monday.

“I felt sick. I felt so angry and defenceless.”

Ms Wood said the leadlight at the front of the home near Shakespeare Street was pushed in before the front door was jimmied open sometime between 8.30am and 5.45pm on Thursday, 19 October.

“When I got home I walked in the back door and noticed that our liquor cabinet was open which was very strange because it was the middle of the day. There was a bottle of scotch on the table which was also unusual,” Ms Wood said.

“I walked down the hallway and then noticed our leadlight side panels next to our front door had been smashed in and the door was open.

“I went into our master bedroom and pretty much everything, every draw, every cupboard had been tipped on the floor and everything in our bathroom cupboards had been pulled out.”

That’s when Ms Wood walked into the second bedroom where she discovered a pink box which earlier that morning was full of keepsakes, family jewellery and war medals, had been emptied.

Even the couple’s engagement ring was stolen.

“I don’t wear my engagement ring to work on a Thursday because that’s the day we unpack boxes so I left it at home. It’s also gone … I’m just so devastated,” Ms Wood, who works in retail, said.

“All my grandfather’s war medals, great-grandfathers’, uncle’s [medals], my mum’s wedding ring, everything was in that box and it’s now gone.”

“The biggest thing I suppose is that it changes what is supposed to be our comfort zone into now a violation of our complete privacy,” Mr Mackin said.

“Every time we come home from now on we always think ‘when I walk through that gate is there going to be another incident’.

“We bought a place like this because we thought it would be everything we wanted in an old home, due to the way it is in its age and the characteristics it has, but now you walk in and it makes you not really want to be here.”

The couple said they would issue a generous reward to help find the family’s stolen items.

Latrobe Crime Investigation Unit detectives have appealed for anyone with information to phone Crime Stoppers 1800 333 000.