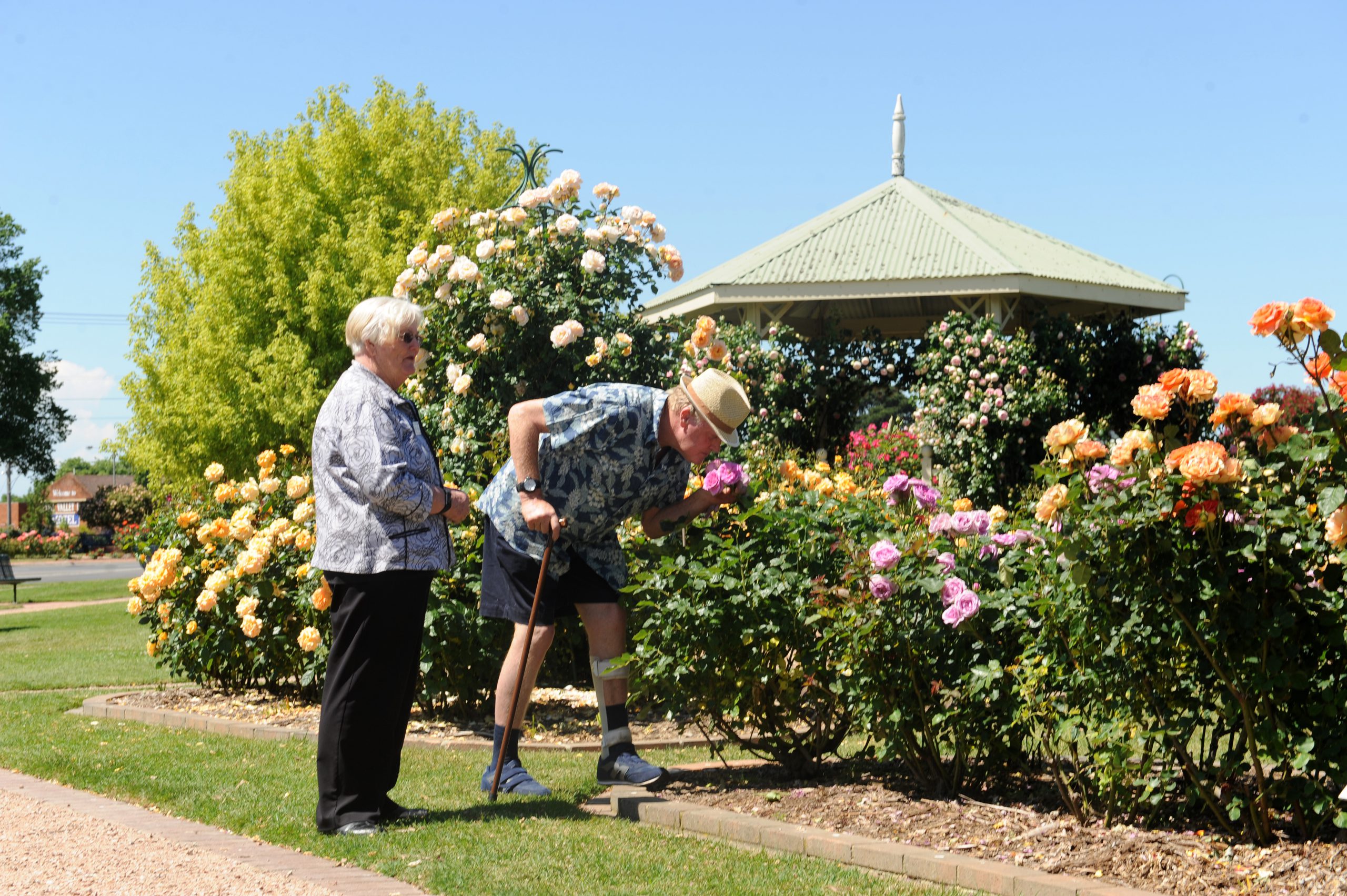 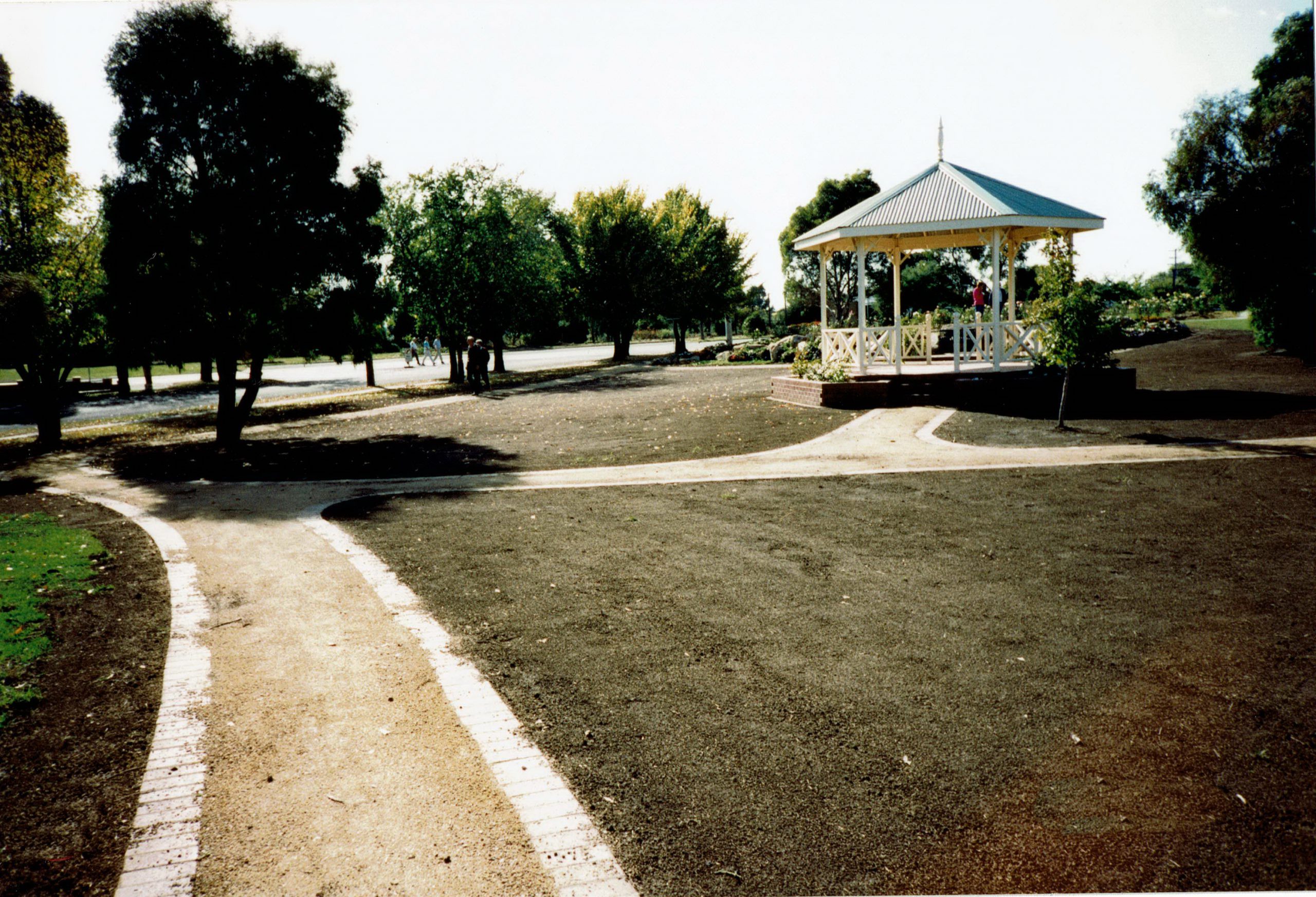 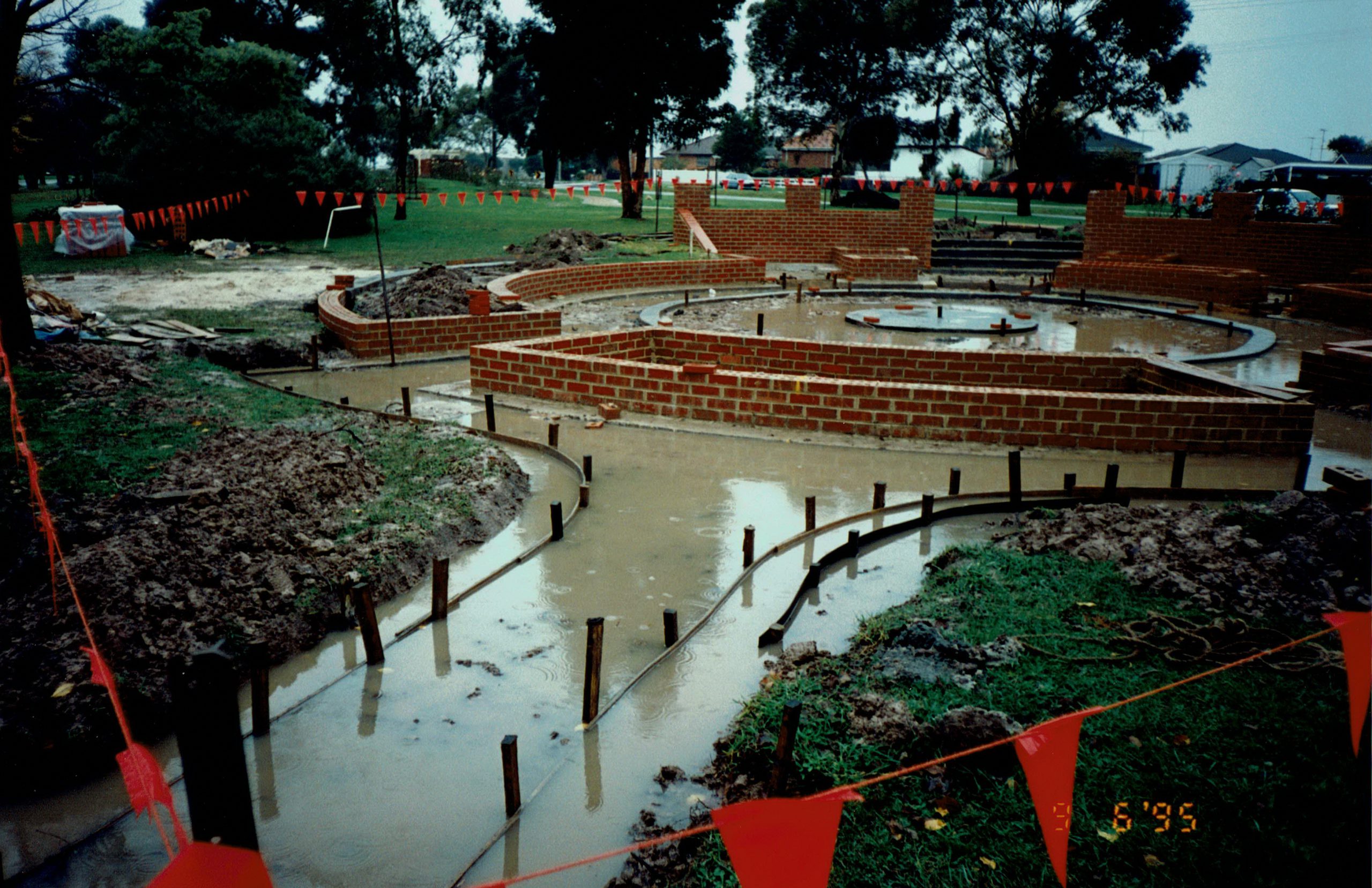 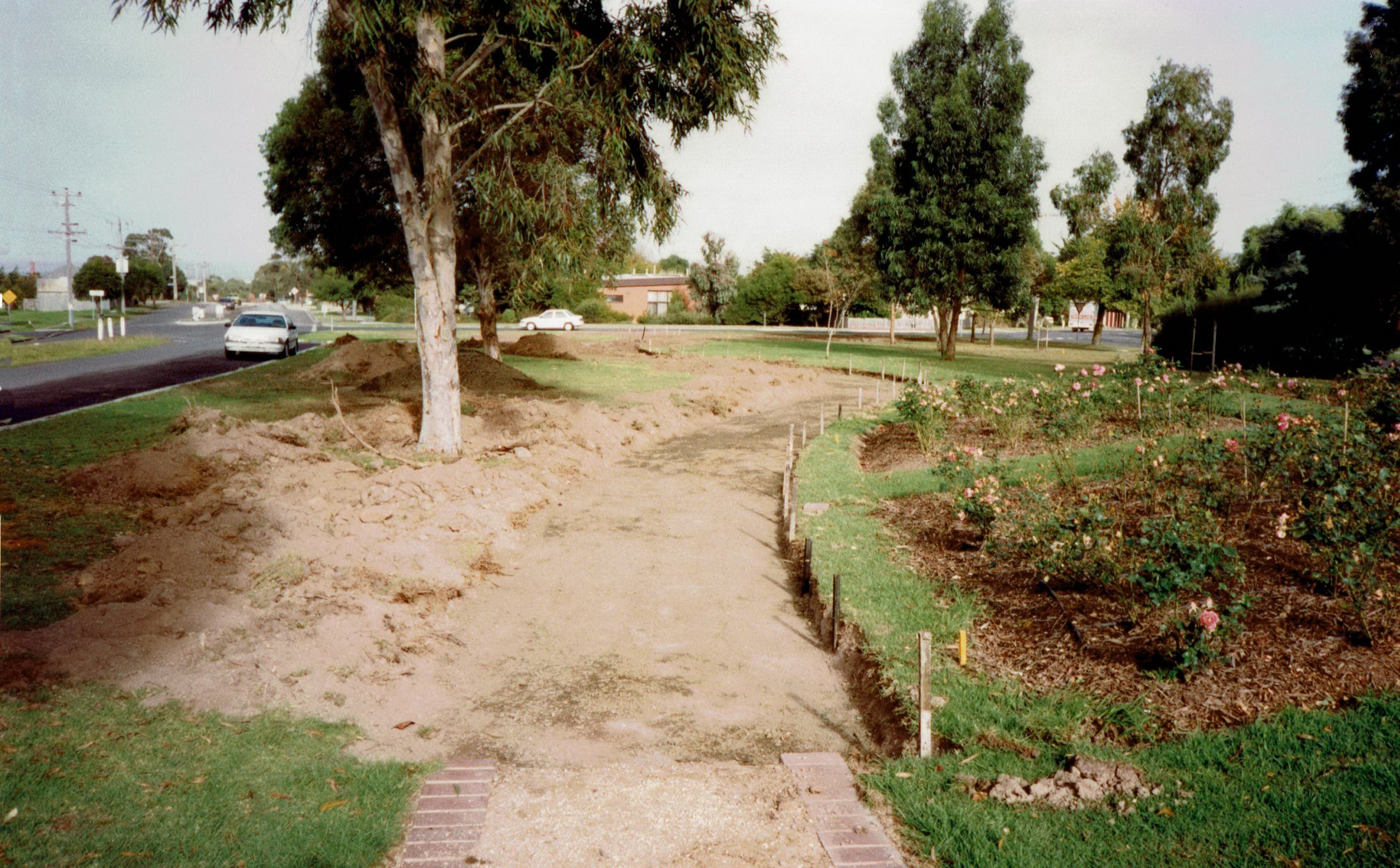 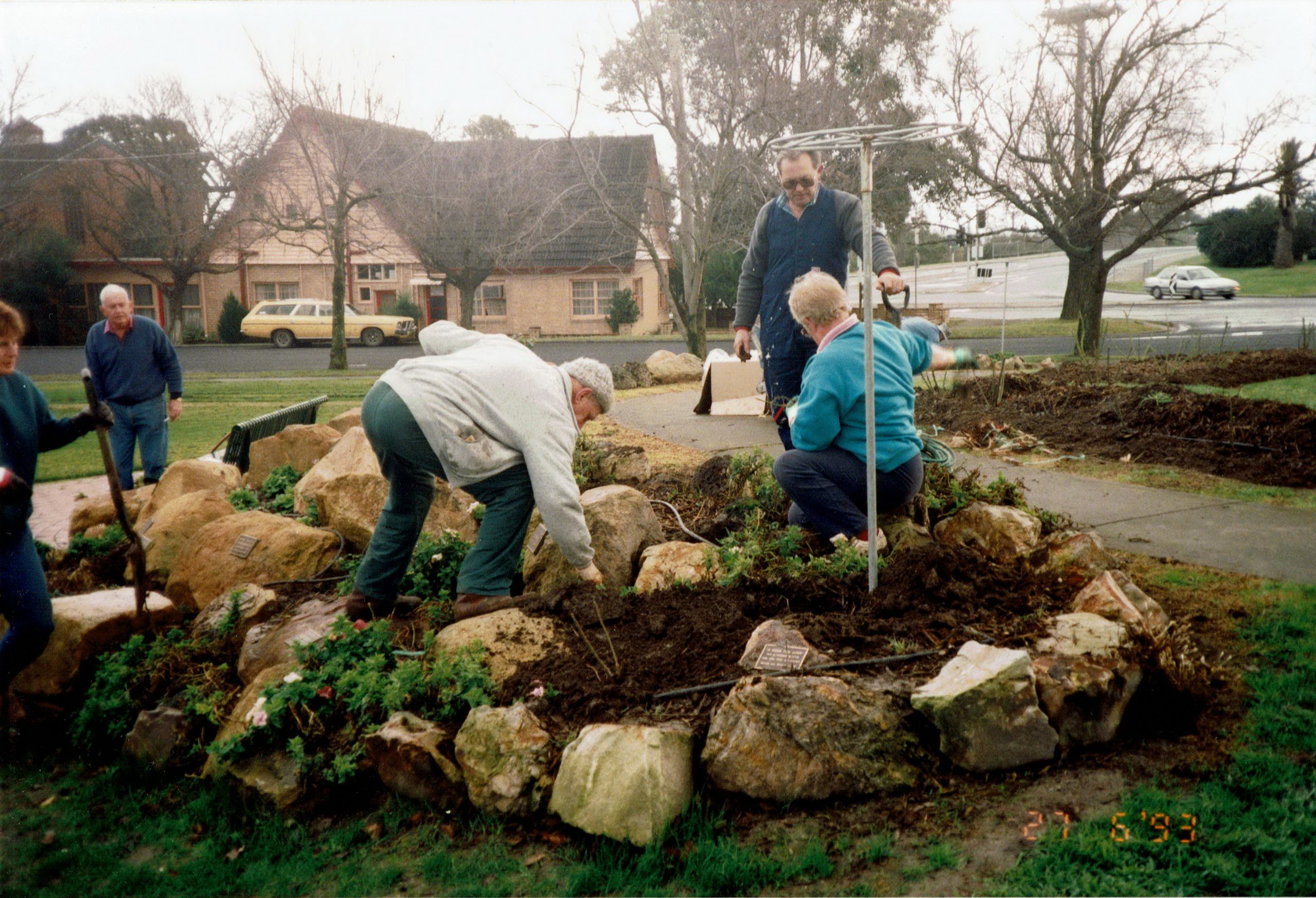 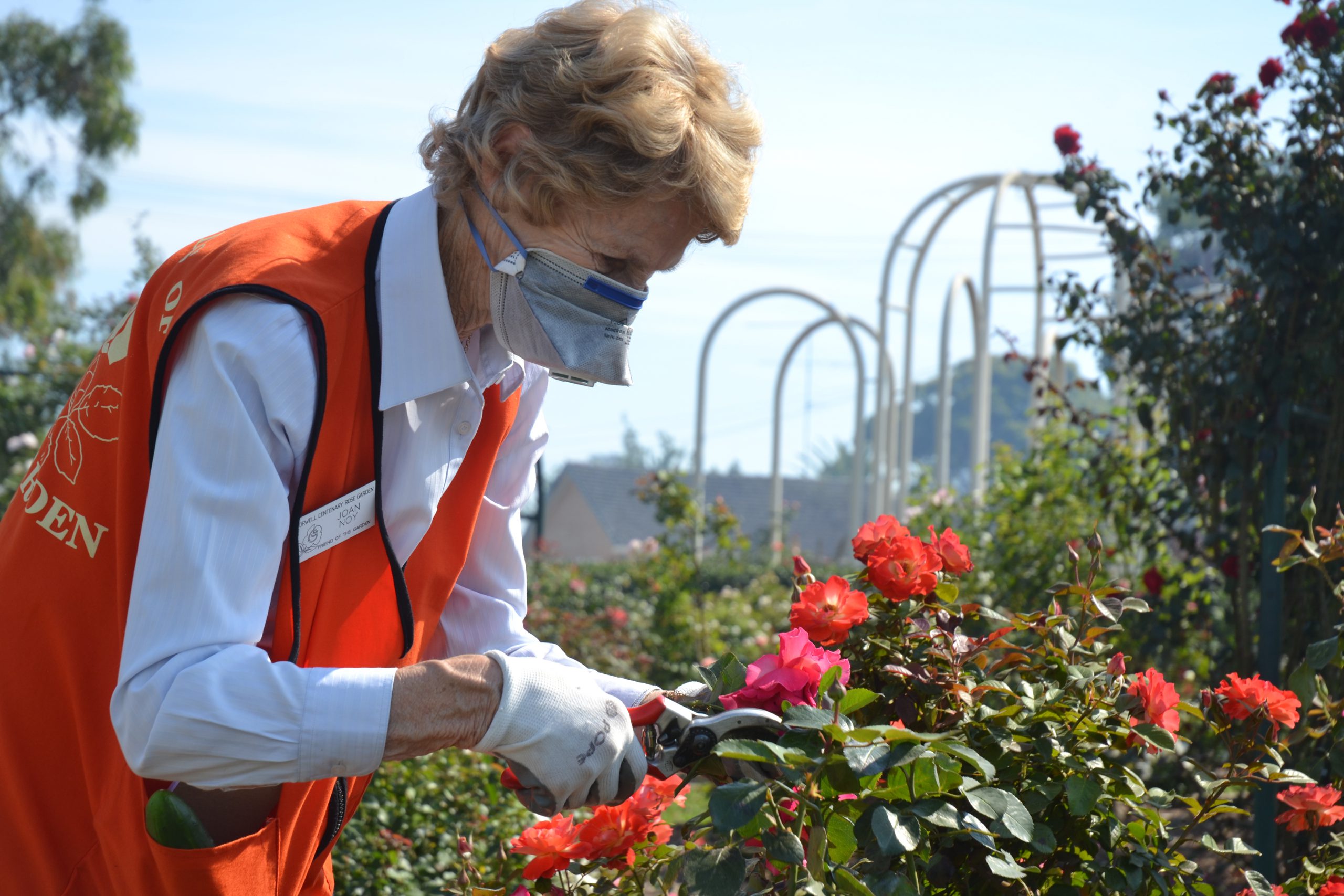 Twenty-five years has passed since the opening of the Morwell Centenary Rose Garden and to mark the silver anniversary a time capsule dating back to 1992 was this week opened to celebrate the occasion.

The capsule was buried on November 1, 1992 at the opening of the garden which now stands on the former Mirboo North railway spur line.

While contents of the capsule were water-damaged, replicas of its contents including an old City of Morwell report, copies of The Express and Morwell Advertiser and a Scared Heart Church report were still available.

Morwell Centenary Rose Garden chair and founding member Delma Matthews said the celebration brought back a lot of fond memories as she reflected on the garden’s 25-year history.

“A lot of lovely and dear people have worked so hard for that garden and we’ve lost so many but the ones who remain carry on that tradition,” Ms Matthews said.

“It brings another aspect to the Valley. For many years we’ve only been known as the hub for power but in the rose world, right throughout the world, Morwell is known for its beautiful rose garden.”

In 2009, it received a Garden of Excellence award from the World Federation of Rose Societies one of only three gardens in Australia to hold the prestigious title.

“Werribee, the state rose garden, was presented the award in 2005,” Ms Matthews said.

“Then Mornington Botanical Rose Garden, who people are here today from, received that award last year so there’s three such awards in the whole of Australia and they’re all in Victoria.”

Ms Matthews said while it was “very emotional” to learn of news the time capsule had been waterlogged, she assured locals a new capsule would be buried in the park in the coming months.

“We will make sure it’s got archival bags and the whole lot, we’re getting expert advice as to what we should do with it,” she said.

One quiet man who sat at the back of the room during the celebration at Latrobe City headquarters was Barry Johnson, the garden’s designer, who said he “did not want people to make a big deal of him being there”.

Mr Johnson, 67, identified the garden’s current location in the early 1990s out of “three or four prospective sites which other people much preferred”.

“When I originally came up here, I got the phone call as you do … I choose to put the rose garden in many peoples’ least-preferred site,” he said.

“But for me, I could see the potential because it was right next to the CBD, it was an old languishing park and it just needed something to spruce it up.

“Getting it so close to the CBD has proved very good because the council has come back from Traralgon to here next door, the law courts and all those things are nearby and the art gallery so it seems to fit the picture.”

One of the main purposes of the garden was to showcase a diverse range of Australian and New Zealand breeders, Mr Johnson said.

The garden also features a rockery of David Austin roses, one of Mr Johnson’s favourite parts of the internationally-acclaimed garden.

“In those days, David Austin roses were very new and I wanted to showcase them but also make sure that the garden represented the development of the rose itself,” he said.

“Hence why this garden has a particular emphasis on Victorian breeders and there’s section down the south end that has a lot of the Australian breeders’ of the early days.”

Perhaps one of the rose garden’s most renowned moments was during the 2014 Hazelwood mine fire when volunteers routinely turned up each Tuesday during the 45-day blaze.

“We just kept on going during the mine fire, we just put on masks and just turned up every week,” Ms Matthews said.

“It was a little bit of paradise during the fire because there was so much doom and gloom and tragedy going on around us at the time.”

Another memorable moment for Ms Matthews was during the garden’s formation when the Department of Justice offered a community-based order people to carry out work in the garden.