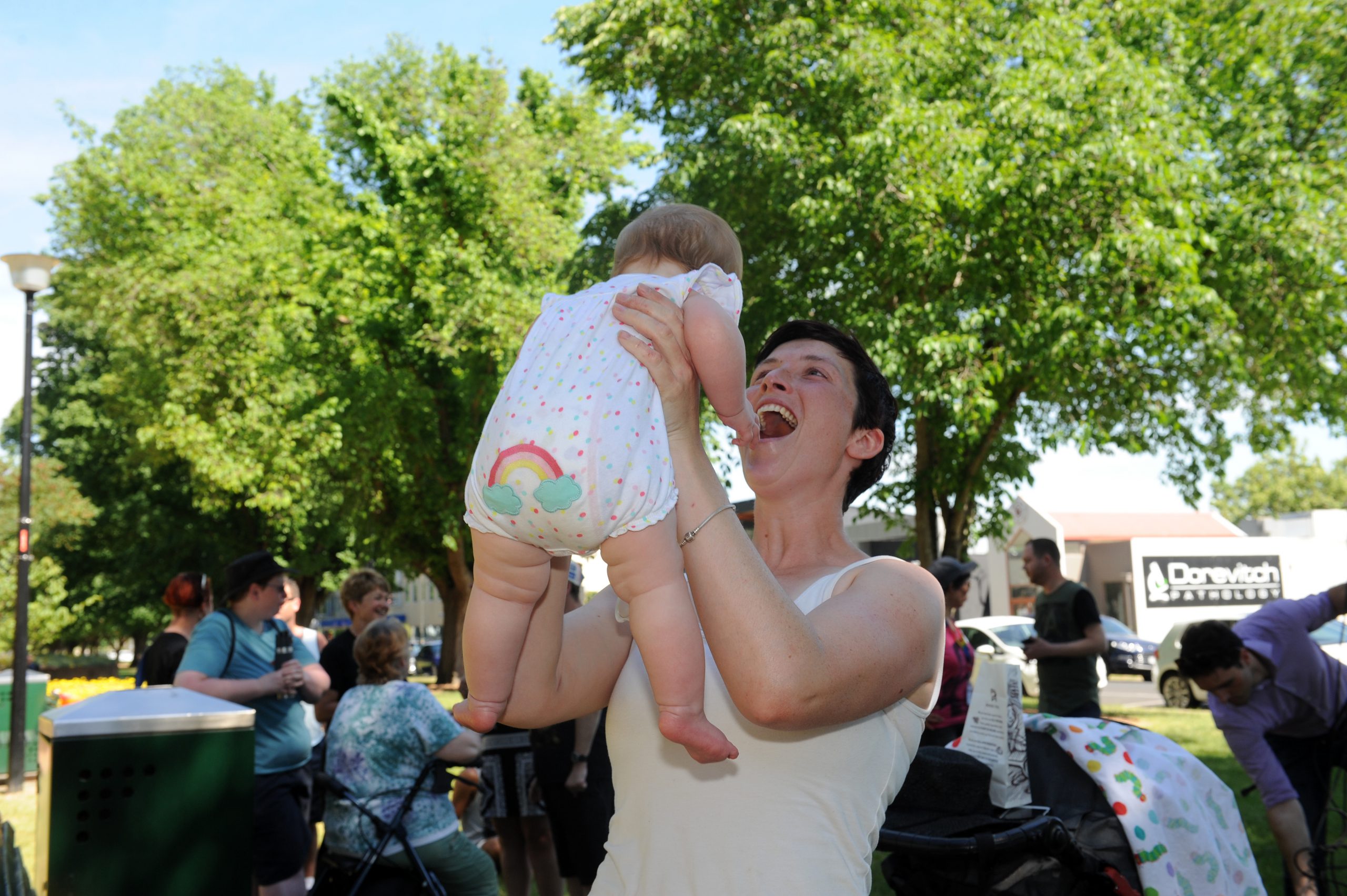 When the results of the marriage equality survey were announced in Traralgon yesterday there was no immediate shouting, no obvious outpouring of emotion.

For the 100 or so who gathered in the Kay Street Gardens there were just hugs, quiet tears and for many, relief.

As the result was announced, they huddled in small groups around telephones, listening as Australian Statistician David Kalisch announced the result in Canberra.

At 10am members of the LGBTIQ community and their supporters received the news they had been waiting three months to hear that 61.6 per cent of those who voted supported same-sex marriage.

Not immediately clear was the fact the region had voted overwhelmingly in the affirmative, with 60.2 per cent in the federal seat of Gippsland voting in favour, compared with 62.7 per cent in the neighbouring electorate of McMillan.

“It’s about having a choice if you want to [get married] or not and it’s just more equality, being seen as equal, normal and acceptable,” Ms Jordan said.

But she said she had faith politicians would honour the results of the non-binding survey.

“The fight’s not over but this is a small step in that direction towards equality.”

But Traralgon resident Tyler, who asked for his surname to be withheld, said despite being happy and proud at the result he was disappointed with the way politicians had handled the issue.

“I’d just like them all to give [marriage equality] a go. Just step back for once and let us have something we deserve,” he said.

“It’s been going on for three months and it cost this country $120 million. They shouldn’t have bothered with the survey.”

But conservatives in parliament have already flagged a bid to change a private members bill from Liberal Senator Dean Smith which has multi-partisan support.

Senator Smith’s bill would allow religious and civil celebrants to refuse to participate in same-sex weddings, in line with existing anti-discrimination laws.

Conservative MPs would like to extend that right to anyone with a conscientious objection to participating in same-sex weddings, prompting fears the push would water down anti-discrimination law.

But in Traralgon yesterday, those in the Kay Street Gardens were just happy to finally have the same rights as those enjoyed by other Australians.

“It’s a pretty big deal and for a lot of my friends and family and strangers … it’s a great result for everybody,” Traralgon resident Beth Kent, 25, said.

“It’s been a long few months.”