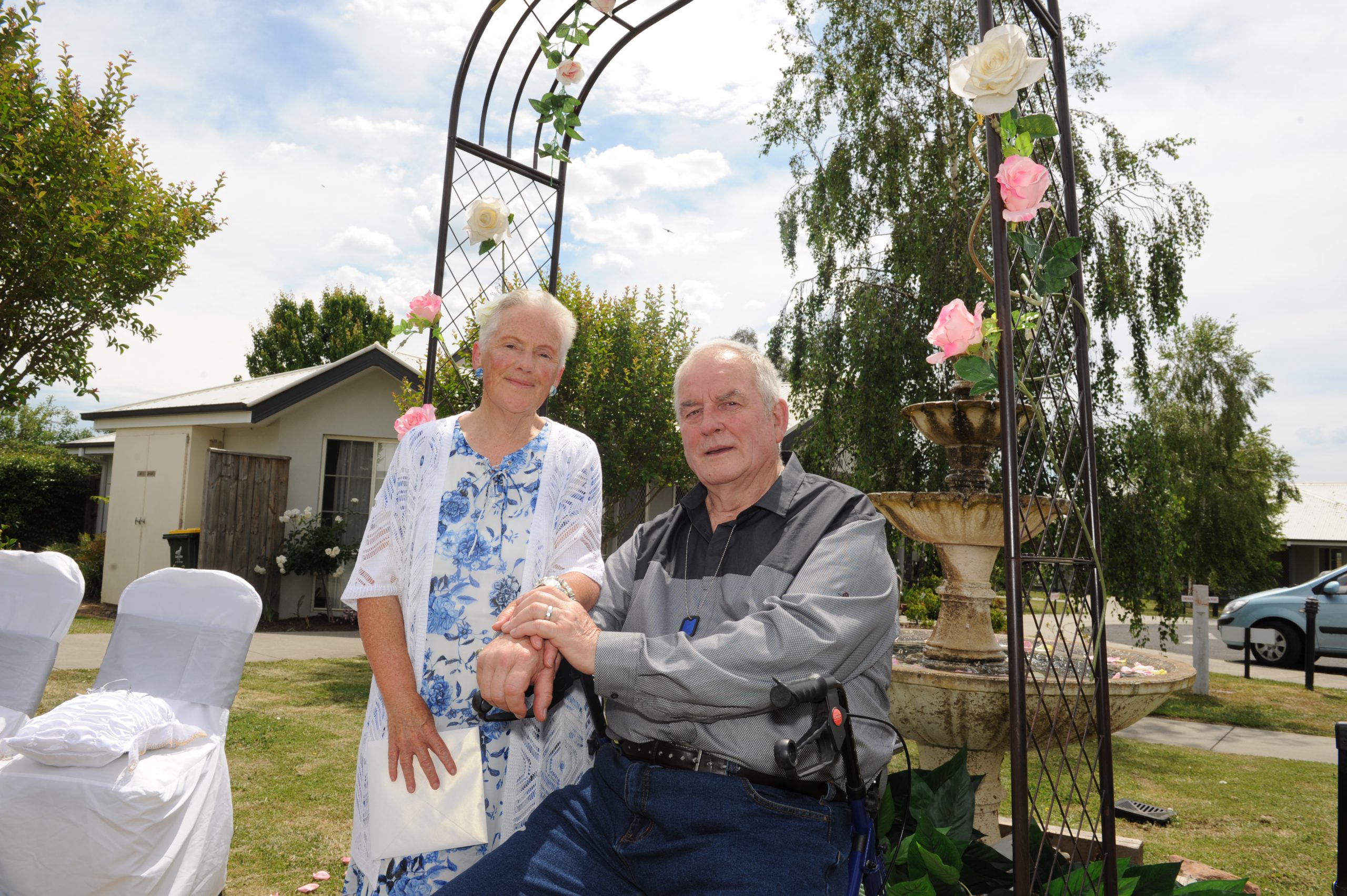 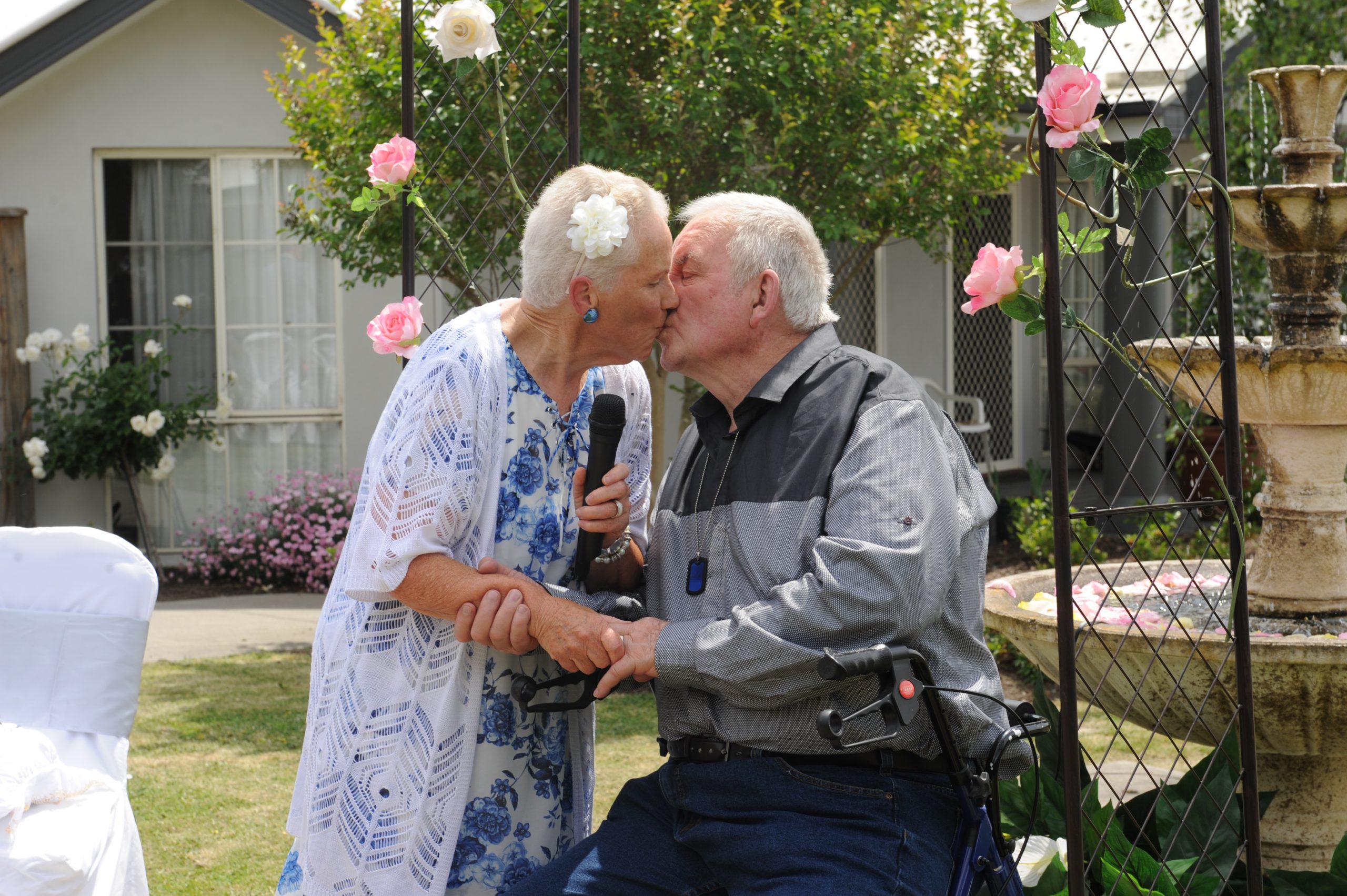 Just like a flower that bloomed in season that’s how love found John Callow and Lois Tipple, both 76 years old.

It was a garden project at retirement village Querencia in Moe that sealed what initially started as casual talks between the two residents.

John has been living in the village for more than two years and Lois moved into a unit near him January this year.

While he had been divorced since the 1980s and she just came out of a 39-year relationship, the idea of entering a new relationship never crossed their minds.

“We just started off with friendship and then we started working together in the gardens and it’s just grown to a very, very, deep love for each other,” Lois recalled.

“Neither of us actually came here looking for anything.”

A green thumb all her life, Lois transformed the area around her unit to create a beautiful garden while John volunteered to make her a stair-step to help her move around.

John slowly found himself spending long chats with Lois something that he had been missing the last 30 years without a partner.

Meanwhile a baker’s cyst that ruptured on Lois’ knee sealed what the residents and staff had been noticing between the two.

“You get the feeling that it’s leading somewhere,” Lois, a mother of three, recalled.

John, who had a near death experience in 1995 when a tree fell on him, was able to help Lois while she was recuperating even though he already needed the aid of a walker.

“Going to her unit was like going home, I’ve not felt like that for a long time,” he said.

The couple officially declared their love for each other last week in a commitment ceremony organised by staff and attended by their respective families and friends.

Besides, a public declaration that they are officially together was enough for these two lovebirds.

“We’ve come to realise that it’s taken us to reach this age of our lives to find our soulmate, it’s just been magic,” Lois said.

“It’s so good you can’t put words into it,” John replied.