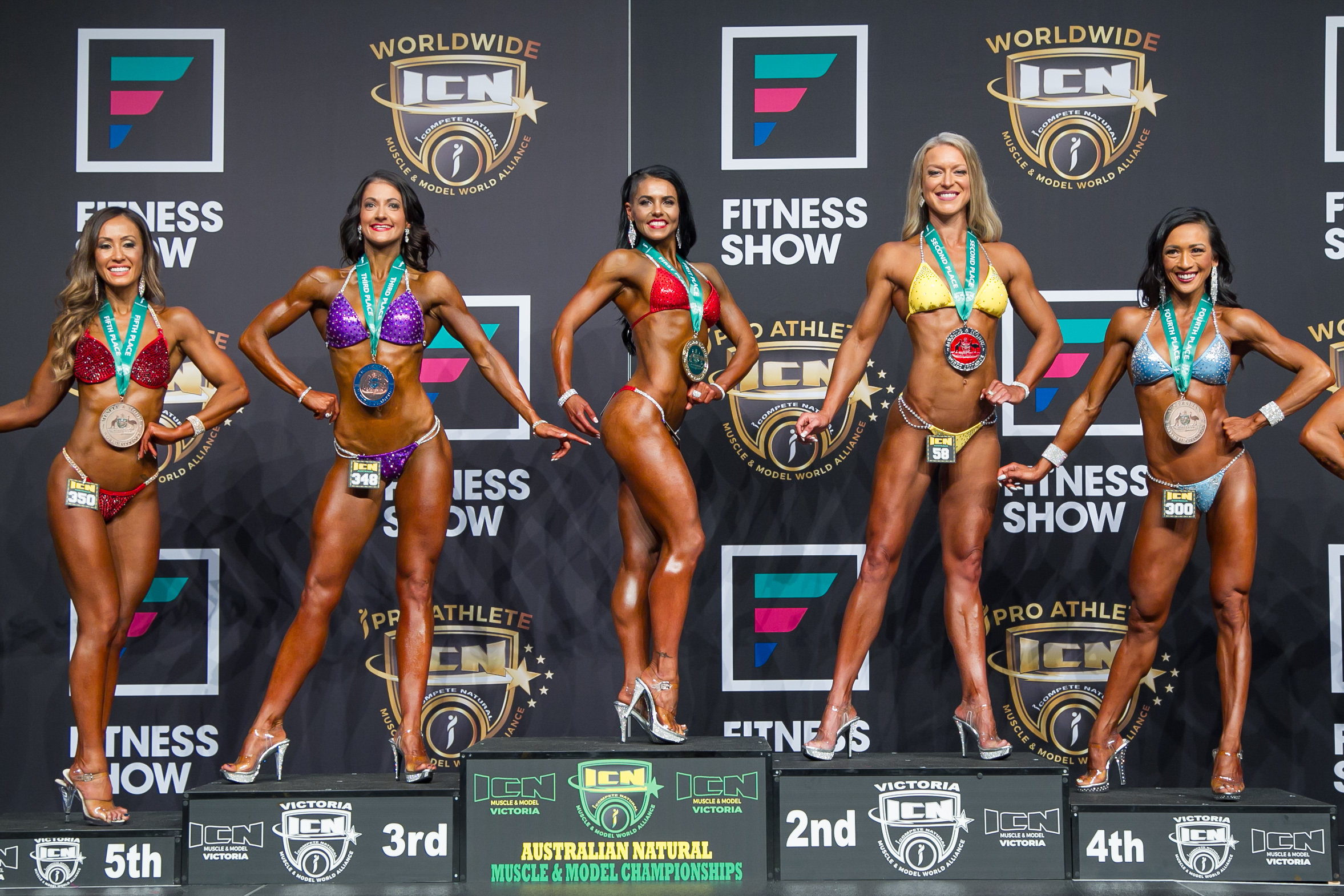 Eight years ago Chrissy Warren was working as a veterinary nurse and she was unhappy.

The 32-year-old felt overweight and decided to join the local gym to put some pep back in her step.

She lost 10 kilograms and gained a whole new appreciation for fitness, so much so that she decided to make a living out of it.

“[Fitness] wasn’t something I’d always done but I had such amazing results that I just wanted to inspire others and that lead me to become a fitness instructor and the journey sort of started there,” Warren said.

That journey reached a crescendo recently when Warren competed in back-to-back bodybuilding events with resounding success.

Her first competition at the I Compete Natural Victorian titles in September was a huge triumph.

Warren placed in every event she entered and returned home to Traralgon with a slew of medals in hand.

The achievements are remarkable for a first-timer, and even more so for Warren who went in to the competition with a broken heart.

“Two weeks before the competition my grandpa passed away which was very sad because I was really close to him … but I kind of did it all for him in the end,” Warren said.

She took out first place in the first-timers’ category, second in fitness novice, and third in the fitness open.

“I came up against women that have been competing for a long time, so it was amazing,” she said.

Despite the huge medal haul, judges at the Victorian titles suggested Warren “lean out a little bit more”

before she took on the challenge of the ICN Australian national titles.

“The second competition was only three weeks later and I had to keep my routine pretty much on point from there,” she said.

“It was very hard because all I wanted to do was eat a heap of food.

“The feedback was to lean out a little bit more, so I lost another kilo and it was very hard mentally and physically, but the results were phenomenal.

“I placed in every event again so it’s been a pretty good ride.”

Warren embarked on her bodybuilding journey 14 months ago with colleagues, clients, an online coach and partner Lisa Theodore by her side.

“It’s just been huge … over the last year I’ve really enjoyed going to the gym with Chrissy … I didn’t miss a session and pretty much went every day with her,” Theodore said.

“I’m just there to try to keep her on track and focussed.

“Chrissy was so focussed and there wasn’t much sway in anything, it was amazing to see what someone can do when you put your mind to it.”

Warren said she was “never tempted” to overindulge or break her rigorous exercise routine in the lead-up to competition because she had just one goal in mind.

“I counted the macros for my food, so I had to weigh everything and split it in to carbohydrates, fats and proteins.

“I had to weight-train five days a week on top of all the fitness classes I teach and then do cardio as well, so it was a lot.

“My mindset was just on the stage … I 100 per cent stuck to everything because I knew I had to be on point to get the results, and that showed,” she said.

With competition over for the time being, Warren is ready to rest and recuperate ahead of bigger and better things next year.

“After competition is harder than before competition because you’re putting weight back on … and that’s mentally hard … it’s normal, but it’s hard.” she said.

“If you want to set a goal then it’s doable … I’m just an everyday person who set a goal and got the results.”