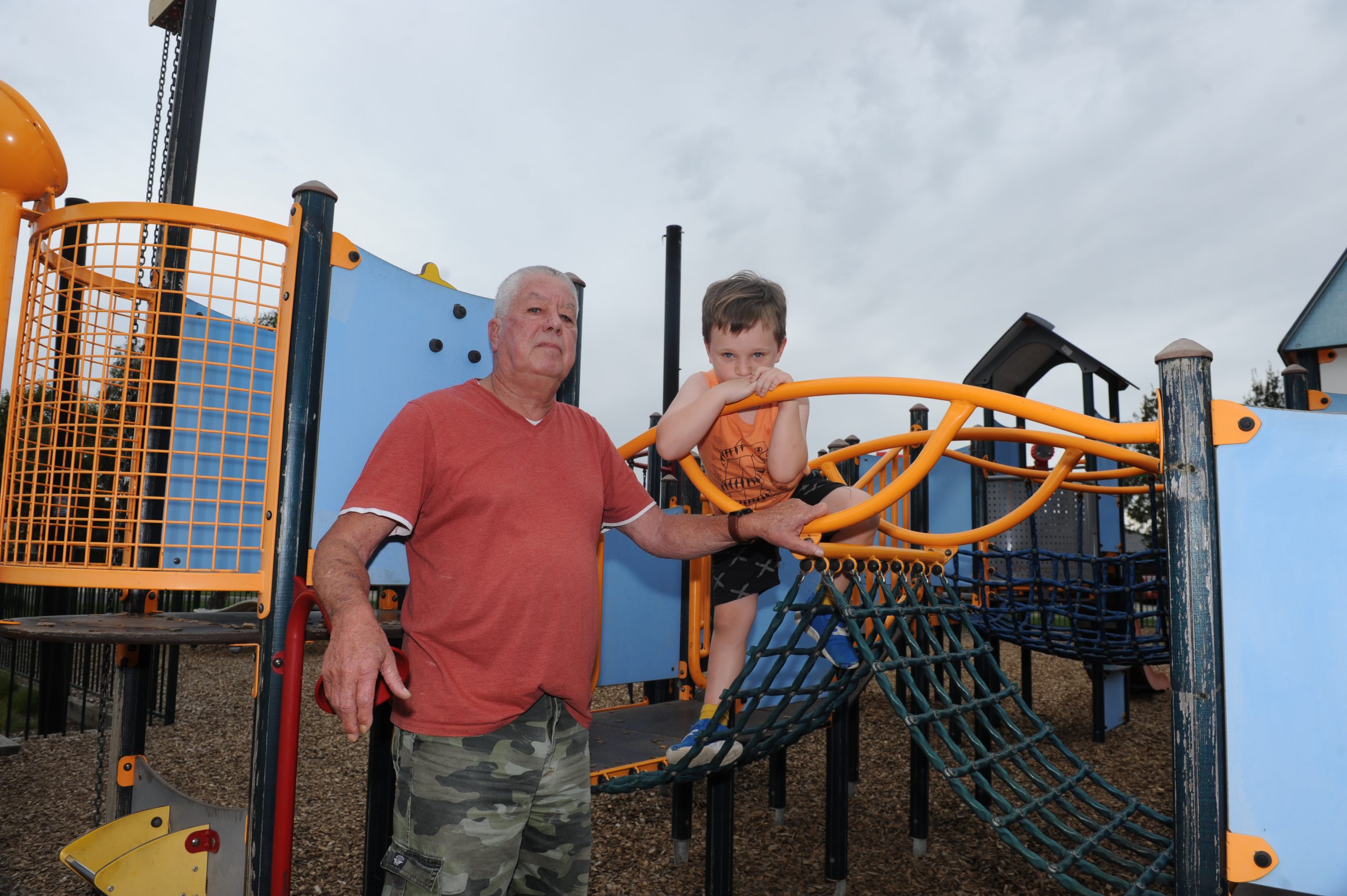 Traralgon residents and grandparents Jeff and Liz Darwin are concerned a popular children’s playground at The Strand, Traralgon will fall into disuse over summer after Latrobe City Council removed existing shade cloths covering the play equipment.

Mr Darwin said council workers took the shade sails down about two months ago, which he said they had done before to fix them, however, coming into the summer months Mr Darwin became concerned the covers weren’t being put up again.

“I went down to the library and put a question to the council and about a week-and-a-half later I got a phone call … he told me definitely they will not be putting them back up again,” he said.

“His reasons were that it was too expensive and there is plenty of trees around that create shade.”

Ms Darwin said the existing trees did not provide adequate shade during the hot summer months.

“Without the shade cloth, the playground equipment is all plastic and it is just going to get red hot, so the kids won’t be able to use it,” she said.

“I just see it is going to be a situation where people won’t come here anymore, they won’t bring their children because the equipment will be too hot.

Ms Darwin said the playground had been well-utilised with the shade sails, compared to another park in Franklin Street without the covers.

“The other park in question, Explorers Park in Franklin Street, if you drive past there, it is a ghost playground. Nobody goes there,” she said.

“Very often during the week, you’ll get groups of women and their kids [at The Strand park].”

Latrobe City Council manager infrastructure and recreation Steven Piastene said the shade sails at The Strand were removed as they were at the end of their useful life.

“There were tears in the fabric and they had been repaired multiple times,” he said.

“It is not cost-effective to either replace or repair the cloth. The poles will be removed shortly.

“Additional trees have been planted at this playground to introduce natural shade.”

“However, there are a number of drawbacks for long-term use, including damage from storms and vandalism, cost and maintenance and diminishing effectiveness,” he said.

“Our Play Space Strategy outlines Council’s preference for natural [trees] and permanent shade structures rather than the use of shade sails in play spaces.”