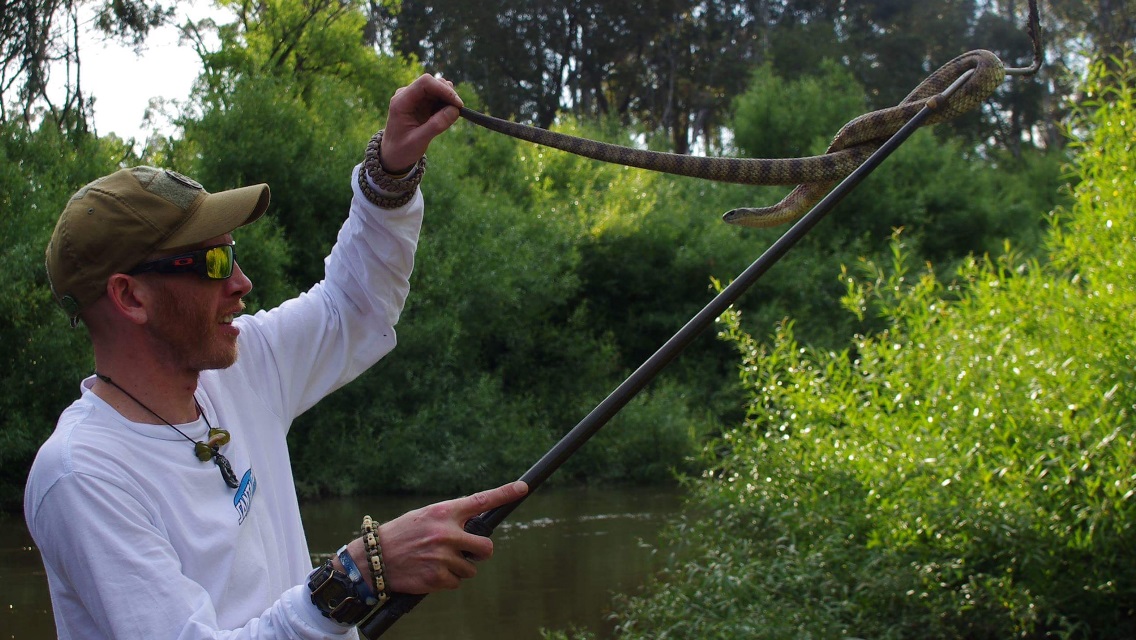 As the weather heats up in the lead up to the summer months, local snake catchers are calling on the community to be increasingly aware of snakes.

“If bushwalking, stay on walking paths and be careful when stepping over logs,” he said.

“[Avoid] anywhere a snake might feel safe to alleviate the risk of stepping on one.”

Mr Mathieson said most snakebite victims were people who had tried to kill or interfere with a snake.

“If anyone is bitten by a snake, the best thing to do is try to remain calm, apply pressure to the area and call 000.

“If they have a compression bandage on hand, apply that while waiting for the ambulance, but if they don’t, keep pressure on the blood flow and do not tourniquet, that is critical if they want to keep their arm or their leg.”

Mr Mathieson advised community members not to try and take a snake into the hospital for identification, as medical staff can perform a simple test to identify the species of snake.

“There is a swab they do that tells straight away, treatment is quite rapid after that swab,” he said.

“In the Latrobe Valley and Baw Baw areas you get tiger snakes, copperheads and red bellies, with tigers and coppers being the most common.”

Mr Mathieson said as the summer is likely to be a lot drier this year, snakes would be frequenting homes more often.

“We provide a perfect habitat to them,” he said.

“On hot days, [put] draught stoppers at doors in case any try to get into where people are cooling their homes down.

“They are looking for cool areas, often in bathrooms when people leave doors open. The tiles get their temperature down.”

Outdoors, Mr Mathieson recommended keeping the garden neat and tidy with hedges off the ground and removing agapanthus plants from the garden as the plant species “provides everything a snake needs”.

Local snake catcher Rusty Copeland said if community members encountered a snake, the best thing to do was to keep a safe distance from the snake and, if possible, keep a constant visual on the animal.