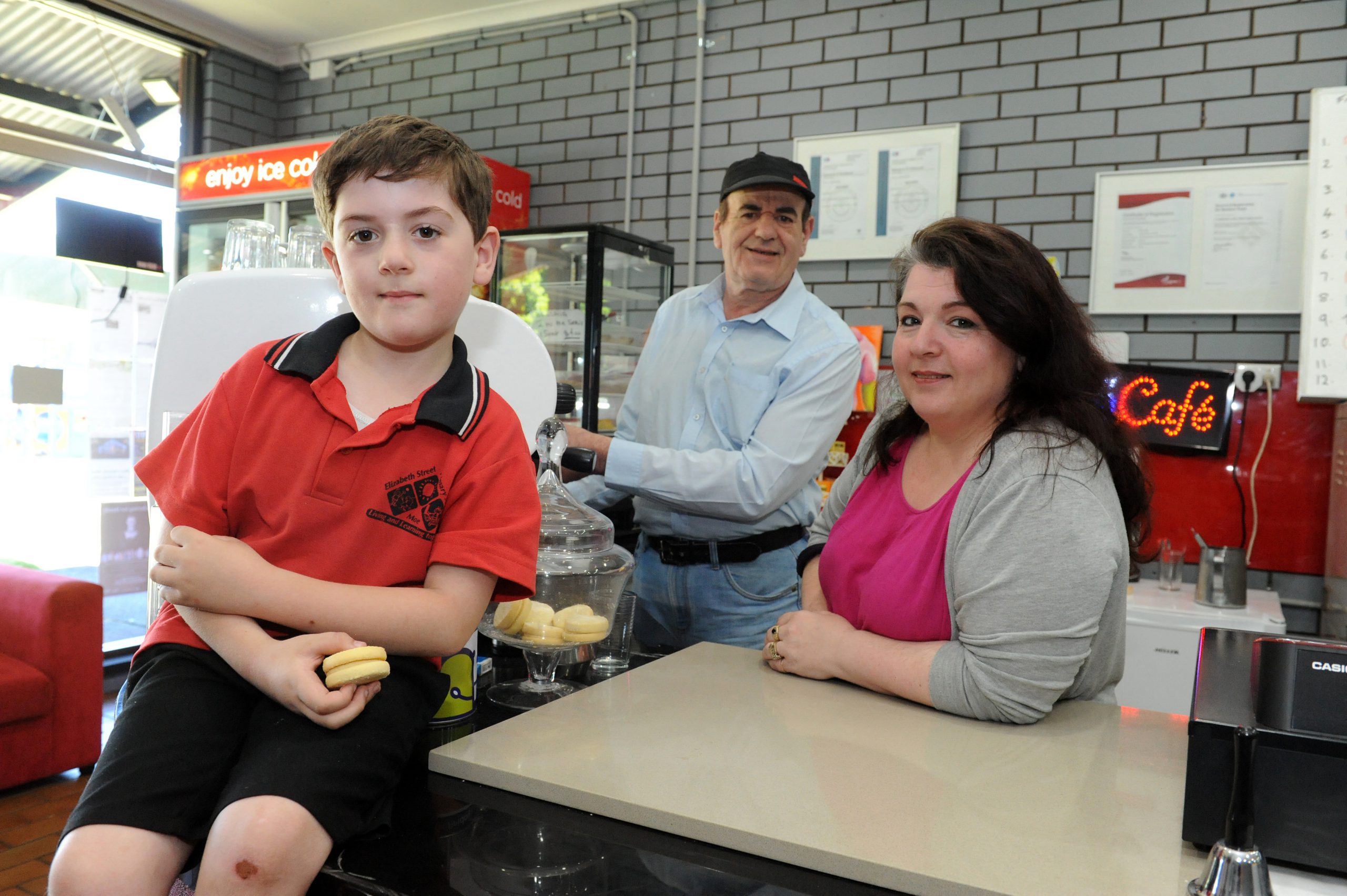 It was never Y-North Cafe and Takeaway owner Gani Ardolli’s intention to start running a takeaway business as he was entering retirement.

“We had the shop here for about six years but was rented out and the guy had done a runner and didn’t pay the rent … and stole all the equipment so we had to start from scratch,” Mr Ardolli said.

Mr Ardolli’s caf has been open three months and it marks his return to the kinds of jobs he did in his teenage years as he moved from the former Yugoslavia to Italy, then Australia.

The decision to open his own cafe was also pushed by his seven-year-old son Zenun’s recent diagnosis with autism and epilepsy, and he chose to abandon the financial planning practice he was operating from his Moe home when it became too hard for him to have clients over.

He and his wife Nuray noticed Zenun was frequently rolling his eyes and had occasional tantrums, however medical staff dismissed the behaviour as “part of growing up”.

Three-and-a-half years after they initially sought help for Zenun, a paediatrician finally sent their son to Monash Health for an electroencephalogram.

“While that was done they could detect 250 … seizures happening all the time in the background; that’s why he freezes, does an eye roll,” Mr Ardolli said.

The cafe owner and father of eight is hoping to raise money for research and also awareness about epilepsy and autism by opening his caf tomorrow – when it is normally closed – for a special fundraising afternoon.

“The more people are aware, the better we would be as a whole community,” Mr Ardolli said.

The caf owner acknowledged tomorrow’s event would have some “indirect benefits” for his business, however the main aim of the event was to raise at least $1000 for Epilepsy Action Australia.

Mr Ardolli said the family had “lost a lot of time” because of the extended time it took to diagnose Zenun with epilepsy and autism.

He said Zenun’s social abilities had improved, however, he was still struggling to hold proper conversations and make friends.

The family is also hoping, particularly with the recent closure of the health clinic, the event will highlight Yallourn North to people from outside.

“I’m hoping people will once they come and see the area, they … will see that there’s not much to do, but there’s great coffee here.”

The Ardolli family is opening Y-North Caf and Takeaway tomorrow 1pm-5pm and will donate their time and stock to Epilepsy Action Australia for Epilepsy Awareness Month, and Mr Ardolli said he was willing to keep the doors open if people came late.