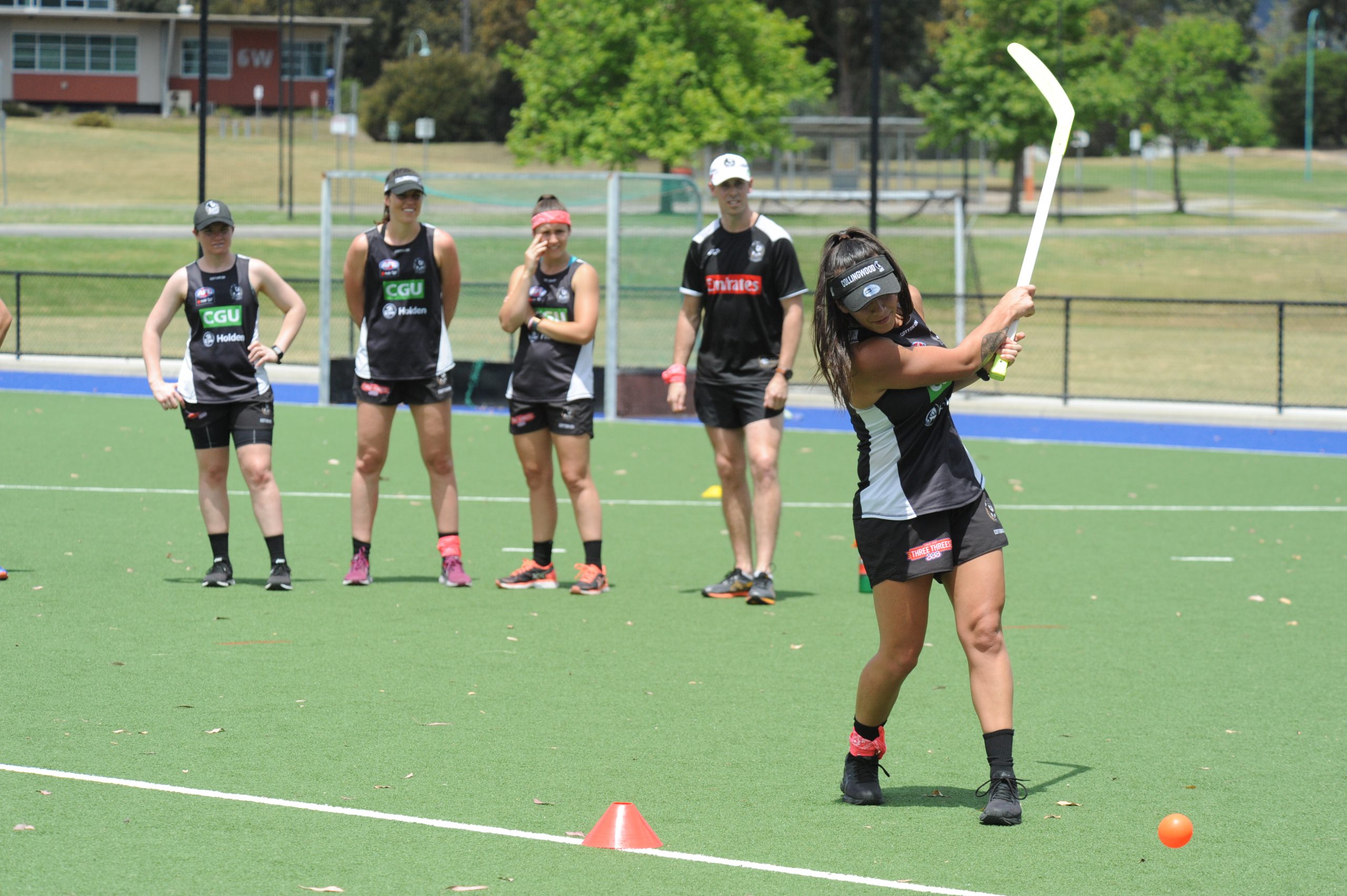 Federation University played home to Collingwood Football Club’s AFLW team at the weekend as 30 of the club’s players visited the Latrobe Valley for a three-day preseason clinic.

The players took part in a range of team-building exercises as well as a number of sports including netball, hockey and volleyball.

“We think we can get 6000 to 8000 people at the game in Moe next year so it’s important to promote the game across the region,” James said.

“Gradually there is going to be a lot more interest, we’ve got two new teams coming in 2019 and then another four teams in 2020 so I think once we get to that 12-team competition, you’ll see a real shift in the standard of the game.”

The team visited Moe’s Ted Summerton Reserve on Friday as part of a school training clinic where more than 100 local kids from across the region participated in a game of Aussie Rules.

Then on Saturday, the players were woken at 3.30am for a hill running session at Federation University.

“They just took it on and really excelled in every aspect of it,” James said.

“The most pleasing thing to see was that every staff member, coach, and support person was out there with them and running it with the girls.”

James said the players were left without their mobile phones for most of the weekend, in an attempt to encourage them to engage with each other.

“They were challenged mentally, not just physically, but they responded really well and we’re looking forward to what comes from this when they vote on their leadership group later this week,” he said.

Collingwood will play the Western Bulldogs at Ted Summerton Reserve, Moe on Sunday, March 4 from 2.35pm.