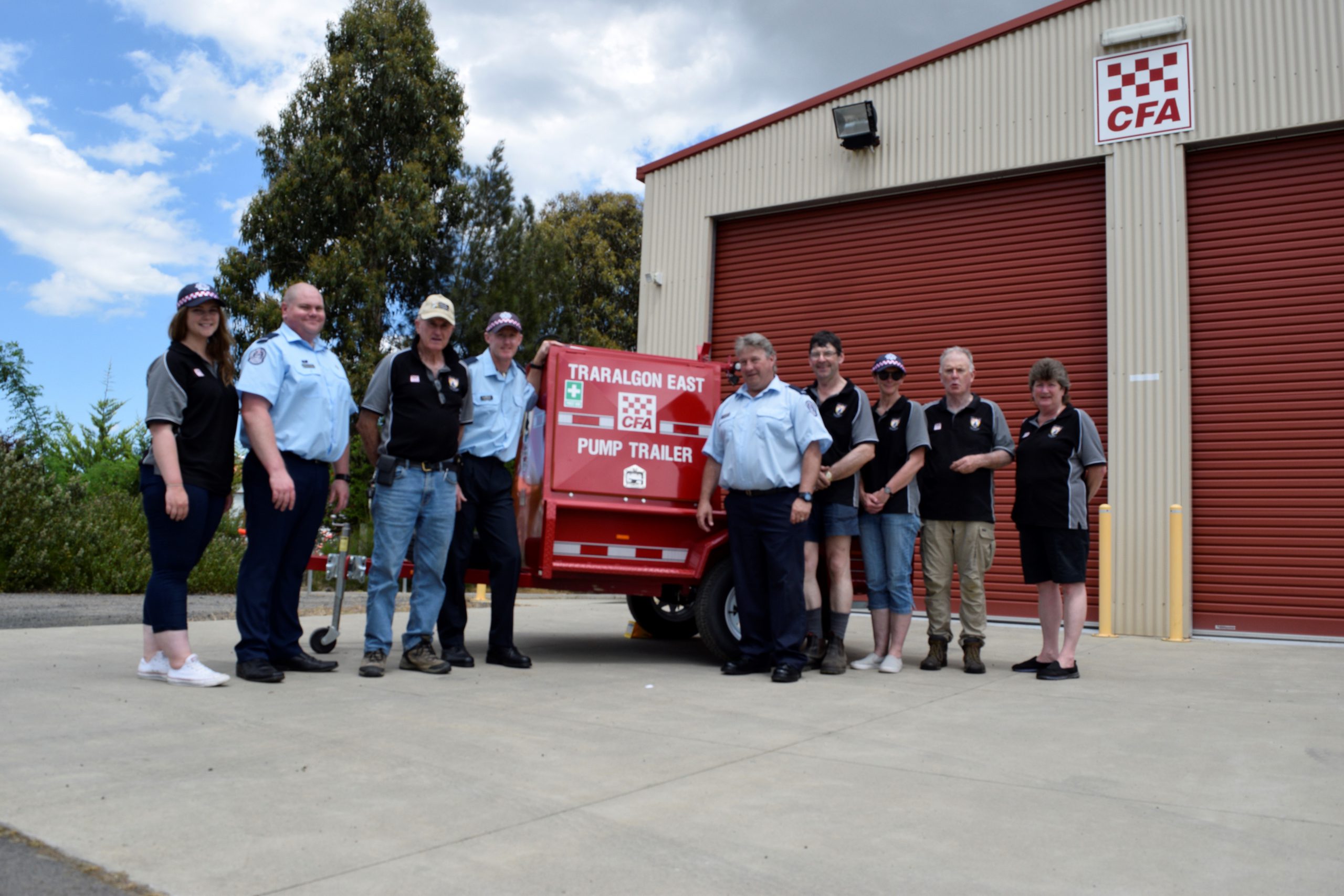 The Traralgon East Fire Brigade is celebrating the donation of much-anticipated new equipment which will allow volunteers to serve the community more effectively.

Brigade Captain Mark Vidler said the new quick-fill trailer could be dropped off at a dam or water point and could be operated “by anyone” compared to the big-fill pump which had to be operated by two people.

“We can just leave it there,” he said.

“The big-fill has to be manned.

“It [the new pump] is self-sustaining, it has an electric start diesel [and] water pump with all the attachments.

“It also has all the hoses to fill, particularly with a truck that comes and needs filling from dam point at rural properties.”

The funds for the equipment were donated to the volunteer fire brigade by the Keith Chenhall Foundation.

“He got the process in and I got the tail end of it, it had already been built and painted, we’ve just had to fill it up full of equipment, so that is how far we’ve got,” he said.

“We’ve been waiting for a day to present it and it’s actually got a plaque on the side of it as well, from the foundation.”

Keith Chenhall Foundation representative Robert Farmer said Keith Chenhall was born in Traralgon in 1923 and never married, and thus did not have a family of his own, but was involved in a successful business for many years.

“He established his charitable trust in 2001, which ensures his business success could be shared with eligible community groups,” he said.

“Keith appointed an advisory committee to research and make recommendations to perpetual trustees and I am one of those advisory persons.

“The donations to be made … enhance Keith’s desire to distribute funds for the community welfare and local citizens. He passed away in 2014.”

Mr Farmer said seeing the new equipment, which had been made possible by the charitable trust, brought him much pleasure.