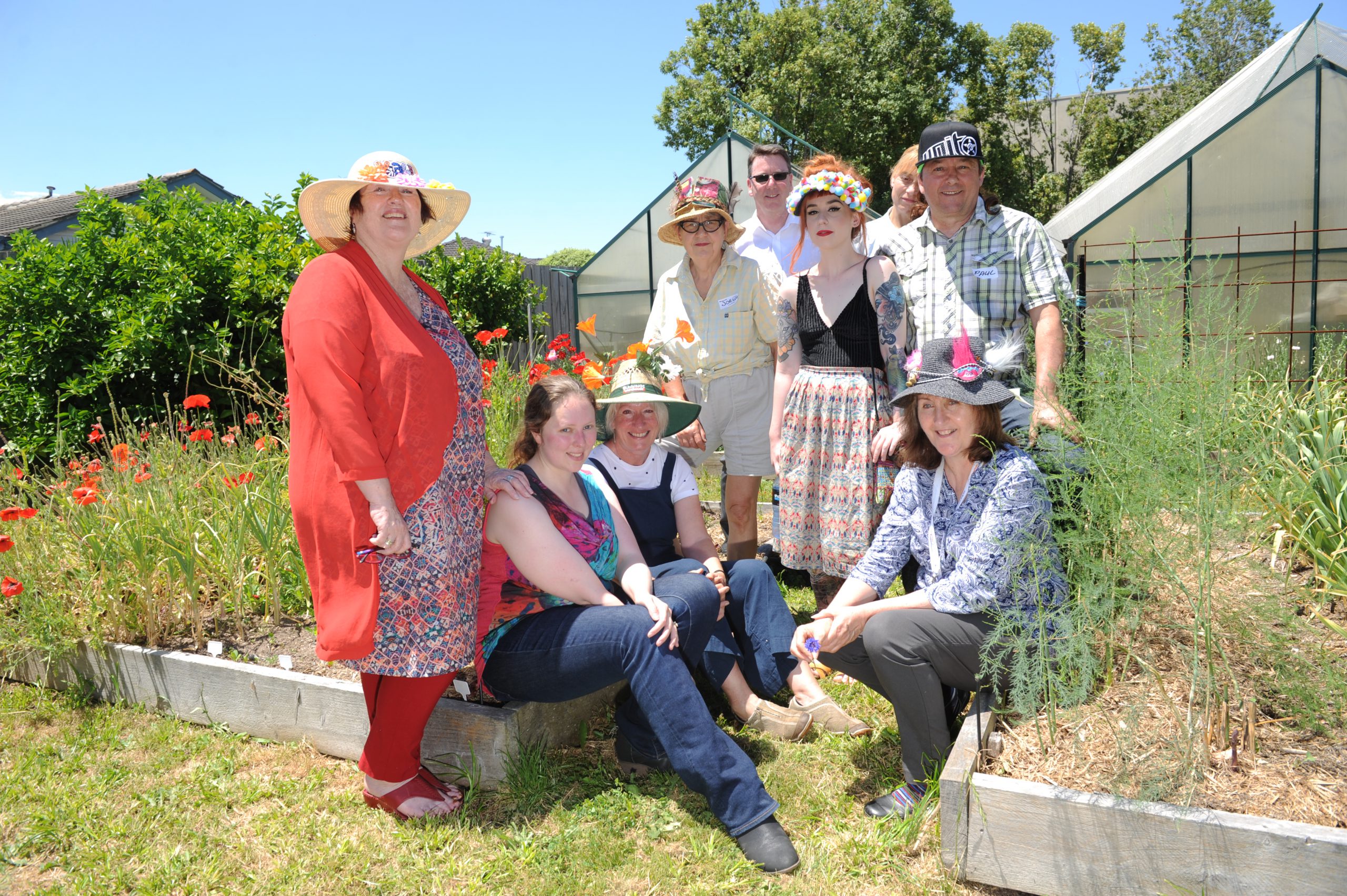 “He properly body-slammed me in the back of the head and then he landed on the roof and it looked like he was going to come for my face,” she said.

“Ever since then, I’ve worn this hat in the garden.”

Ms Tyler’s straw hat is covered in fake flowers with long stems resembling the spikes cyclists wear on their helmets in magpie swooping season and was the original “mad hat” that sparked the idea for the mad hatter fundraiser.

The garden party celebration was held last week with weird and wonderful hats aplenty and succulents and plants from the garden on sale to raise funds for the youth refuge.

“The garden was established to help feed the youth refuge and for them to develop skills and learn about where food comes from,” Ms Tyler said.

At the end of the day Ms Tyler estimated the event had raised about $150 for the refuge.

Quantum Support Services case worker youth homelessness and support Paul Johnson facilitates the Life and Living Skills program at the youth refuge where he teaches participants how to cook using produce from the garden, amongst other things.

“We encourage a healthy style of eating and try to use as much produce from the garden as possible, to give them a better understanding of where the food comes from.”

Youth refuge tenant Matt, whose name has been changed to protect his identity, has become a keen gardener in his time at the refuge and was excited for people to see his hard gardening work pay off.

“It means people get to see what I achieved in the garden,” he said.

“It’s a relaxing feeling of being out there [in the garden] and doing stuff for yourself.

“I used to be a very aggressive little man, but now I’m happy and chilled.

“When I move out of here I’ll have my own garden.”