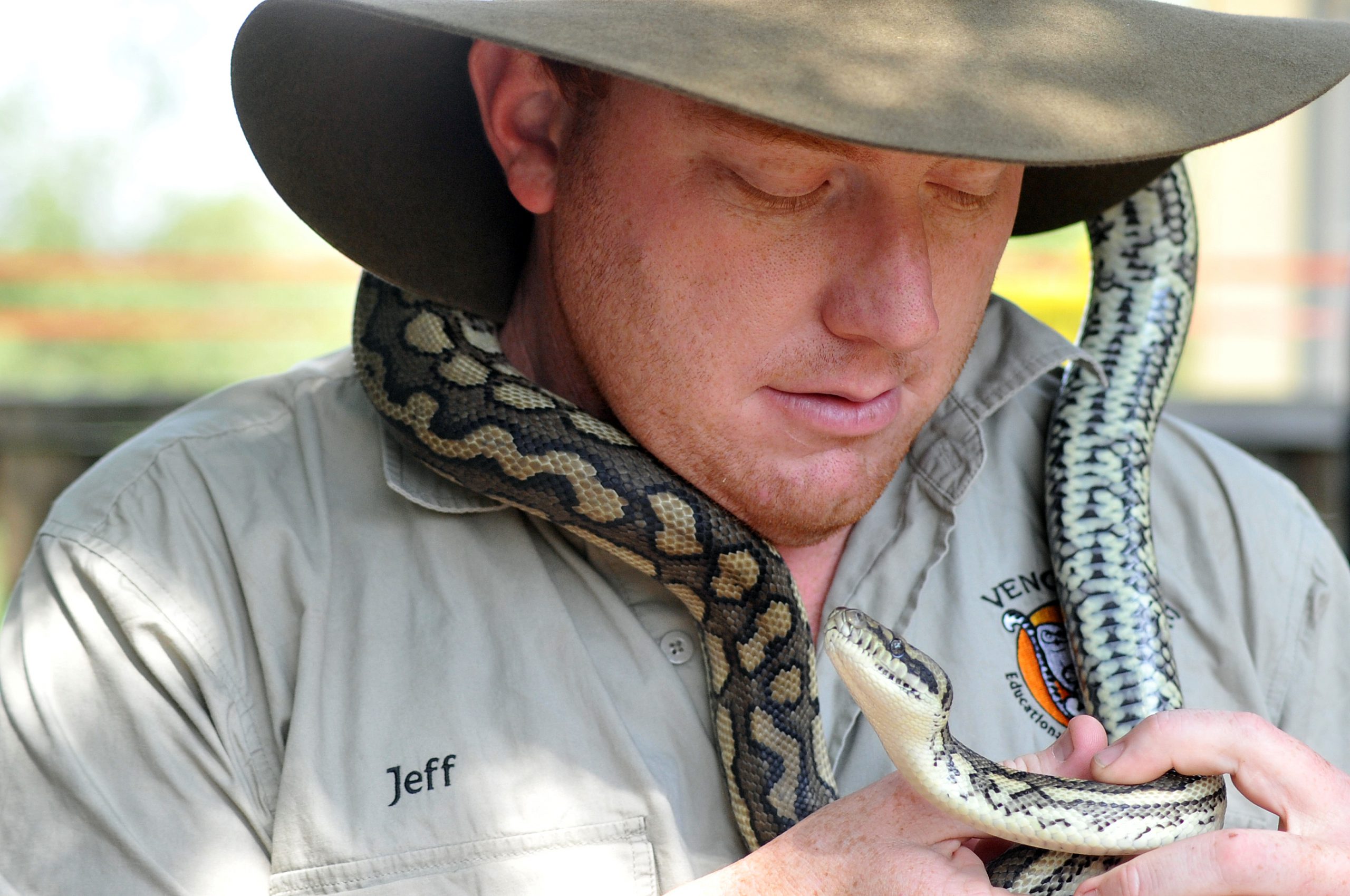 Lying under a house and staring down a tiger snake are not tasks commonly listed on job descriptions, however, for Latrobe Valley retired snake catcher Jeff Mathieson it was all part and parcel of the industry.

“I’ve always had a fascination with snakes,” Mr Mathieson said.

“But I grew up in a family that was very ‘if you see a snake, run the other way, it’ll kill you’.

“I grew up with that fear in the back of my head.”

At about 12 years old, Mr Mathieson was visiting his family’s beach house in Queensland when a snake was found in the house.

“I picked it up to move it out of the house and it gave me a bit of a love bite, ever since I’ve been playing with them,” he said.

Mr Mathieson said he largely taught himself to handle snakes safely, however he did complete the licensing requirements for Victoria.

No stranger to danger, not only has Mr Mathieson handled and removed extremely venomous snakes, but he was also bitten on more than one occasion.

“There was one experience where I was literally bitten by one of my own tiger snakes during a photo shoot,” he said.

“I was doing manipulation and the snake didn’t like it, so I put myself in a compromised situation a bit.

“I’ve only had one bite from handling wild snakes, that was my own fault, I wasn’t handling it properly.”

Mr Mathison said it was quite a serious bite that he neglected to treat with first aid straight away.

“I nearly died from that one. I went to hospital within 20 minutes,” he said.

“I was actually in a bit of a state of euphoria, but then … it was exceptionally painful.

“I was out of hospital within 38 hours, but the initial onset was quite severe. I was bleeding for 16 hours.”

While Mr Mathieson has been in some pretty dangerous situations, such as lying under a house and coming face to face with a defensive tiger snake, he said there had also been some “quite amusing” moments.

“In the arcade in Traralgon, there was this rubber snake up on the ledge between the complexes,” he said.

“We had someone call up and say there was a red belly on the wall in the arcade, so myself and a mate climbed the wall to learn it was a rubber snake.

Mr Mathieson said snakes were often perceived as “mindless killing machines” which he said was not true.

“A lot of snake-catching comes down to knowing what their behaviour is, especially knowing what species you’re working with,” he said.

“The most surprising part is that even when a snake is caught, they’re not always ready to turn around and bite. Biting is one of their last resorts.

“A snake catcher has never been chased by a snake. They’ll try and rush to get away but they won’t chase you down.”

Mr Mathieson said most snakes are relatively docile and calm.

“But never hurt them or pick them up, you don’t want to find out if they’ve got an attitude,” he said.

“One may have been hurt in the past and therefore more ready to defend himself, but a snake that hasn’t encountered humans is very docile and curious.

“They’ll sit there and wonder what is going on, not curious to chase or anything.”