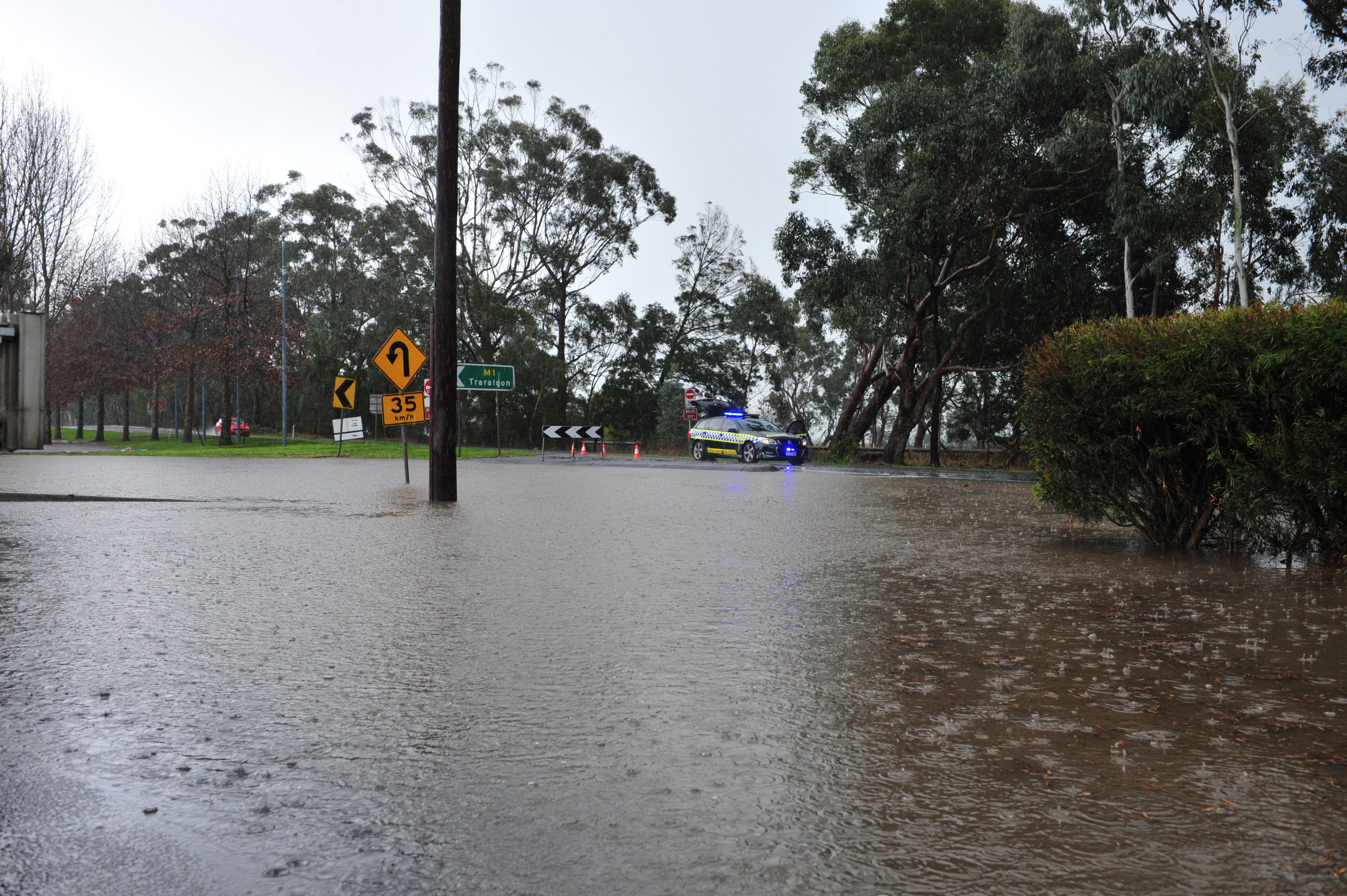 Emergency services and other authorities have urged locals to plan to stay safe following severe weather warnings across the state.

The Bureau of Meterology has forecast up to 100mm of rain for the Latrobe Valley over the next few days.

Sale RAAF base duty forecaster Andrew Kemp said rain and embedded thunderstorms are to the north west of the Latrobe Valley, with the system developing.

“The actual rain and cloud will thicken during tody and produce quite extensive rainfall across Gippsland starting in Western Gippsland and then migrating across the rest of Gippsland over the weekend,” he said.

“It is quite heavy rainfall when you consider the three day totals. It could be in excess of 100mm or 200mm in the north east ranges area.

“In the Latrobe Valley it will probably be somewhere between 30mm and 100mm, that would be a good guess.

A severe flood warning has also been issued for the Latrobe River.

A VicRoads spokesperson reminded all road users to take extreme care in difficult driving conditions which included the likelihood of widespread flooding,

“Cars can float in as little as 15 centimetres of water. That is the water depth of an average pen.

“Make sure you leave a greater distance between your car and the car in front and turn your headlights on.

“Be alert for other road users who may be difficult to see, motorcyclists, cyclists and pedestrians. If the rain gets too heavy, the best action is to pull over safely until visibility improves.”

Traralgon Fire Station Officer in Charge Chris Loeschenkohl recommended residents plan how to get home from work, keeping in mind there will be impacts on roads.

“Consider postponing any non-essential transport on roads,” he said.

The Traralgon Show will go on, despite the weather warnings.

Organiser Caitlin Grigsby said she understood the bulk of the rain would hit Traralgon at about 1-2pm, with showers slowing into the evening.

“We’re meeting quite persistently during the day to assess the safety situation,” she said.

“By 8pm the showers are supposed to be light, so the fireworks will still proceed if that is the case.

“Already it hasn’t been as terrible as we’ve been expecting.

The Gippsland Food and Wine Festival has been postponed due to the weather, now set to be held on Sunday, December 10 at Victory Park Traralgon.

The Central Gippsland Cricket Association’s girls competition ‘scratch match’, scheduled for 8.45am at the Moe Racecourse, has also been cancelled due to the inclement weather.

All other grades of cricket will proceed as scheduled unless otherwise advised.

The Express advises community members to confirm with event organisers if planned events will still go ahead over the weekend.

In an emergency call triple zero [000]; for information during and after an incident call the VicEmergency Hotline on 1800 226 226; to contact the SES in situations of flooding call 13 25 00; and to report any problems on the road call the VicRoads Traffic Management Centre on 13 11 70.