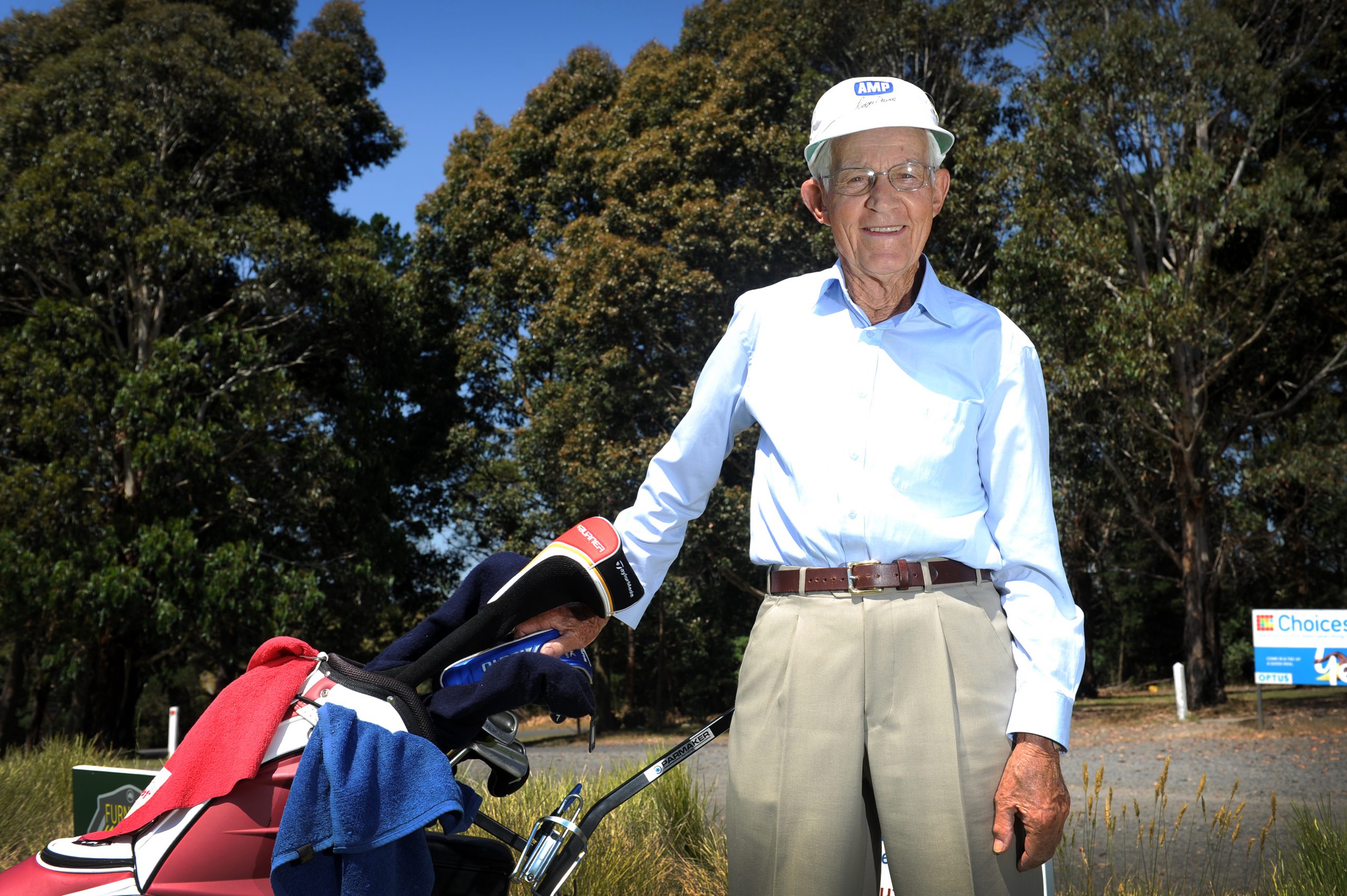 “If it all ended tomorrow, I’d have had more than my share.”

A lover of golf and his community, Mr Pearce said Newborough had undergone many changes in his time.

“I came to live at Moe East in 1932 from the Yallourn township. The family settled on a five acre block on the Moe-Yallourn Road, now known as Monash Road,” he said.

“The road was unsealed at that time and [our] new home was the first built on the Moe-Yallourn Road.

“Before the house water tanks were operational, the water was carried in kerosene tins from a natural spring, situated above the property on the Moe-Yallourn Road,” he said.

“There was no electricity available so kerosene lamps were used for our nightly use.”

“Mr James Bowman, an elderly Scottish migrant, won the competition with the name ‘Newborough’ after his home town in Scotland,” he said.

Mr Pearce reflected on newcomers to Newborough over the years and said he loved being able to walk down the street and say “g’day” to friendly people.

“There were SEC houses built for skilled tradesmen but Dutch, German and Polish people who wanted to come out for a better life weren’t able to access those houses,” he said.

“I used to help them move loads of gravel and timber in my truck for them to build their houses … and in the six years I supplied cartage to them, I did not have one bad payment, they were honest and hardworking.

Mr Pearce now enjoys spending time with his wife June, his two daughters, five grandchildren and eight grandchildren, as well as golf at Yallourn Golf Club just outside of Newborough.

“I’ve been at the golf club 63 years, and even thought the club is battling, they still said I don’t have to pay [for membership].

“That’s what I like about the clubs here, we find a way.

“I’ve got nothing against the city, but I could not live down there.”