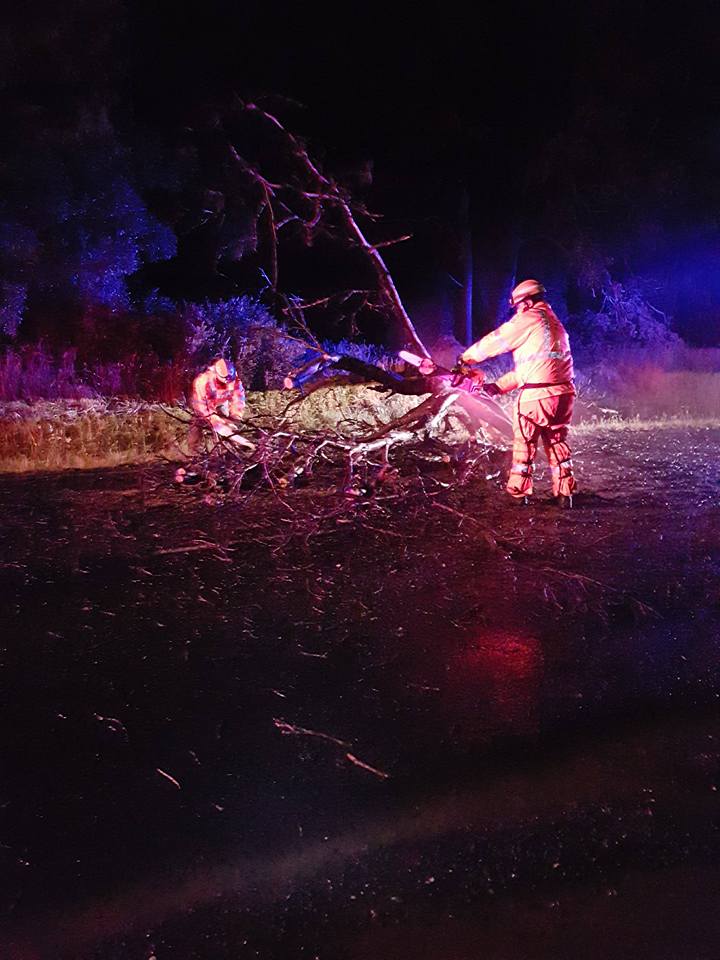 The State Emergency Service responded to 20 calls for assistance across the Latrobe Valley at the weekend of Friday, December 1 to Sunday, December 3, mainly for storm and flood damage.

Four-hundred sand bags were handed out in Moe and Morwell, the first time both depots were used as sandbag collection points.

Traralgon-based SES warnings and advice officer Elizabeth Wharton said there were more than 120 call outs for assistance across Gippsland during the weekend.

She said a majority of the calls were in east and south Gippsland.

“The weather is easing and it has not been as bad as we initially thought it would be,” Ms Wharton told The Express on Sunday afternoon.

“We’ve always got to be prepared for the worst case scenario but luckily in this case, it wasn’t as bad as we predicted [for Gippsland].”

Ms Wharton said the sand bag collection points at Moe and Morwell were well-received by the public and gave volunteers a chance to talk to people about being prepared for flood and storm damage.

“We’re thankful for the support of the local SES units, local businesses and community members for their support in assisting us during the rain event,” she said.

“One of our key messages is for people to never drive through flood water, it’s just too dangerous, and fortunately for Gippsland there were no reports of people driving through flood water and getting themselves into difficult circumstances.”

Bureau of Meteorology forecaster Rod Dickson said the Latrobe Valley received about 58 millimetres of rain between Friday and Sunday afternoon.

“The Morwell River has had 58 millimetres and across the Latrobe Valley, the region itself has experienced rainfall between 50 to 58mm,” Mr Dickson said.

The deluge was caused by an extended period of hot and humid weather which mixed with an up-level trough and low-pressure system across northern Victoria, causing flash flooding in parts of the state, Mr Dickson said.

“Those three elements combined to give us the heavy rainfall across the state, and more so on the Friday into the Saturday where we had quite active thunderstorms which dumped a lot of heavy rainfall on the state within the space of a short period of time,” he said.

“We also had tropical levels of moisture feeding into the system which added to the heavy rainfall.”

On Monday morning, the bureau was predicting another low-pressure trough off the NSW coast could add to maintained shower activity across southern Victoria into Tuesday and Wednesday.

“It’s going to be a cool week and there’s potentially, depending on where that low goes into Wednesday, a chance the Latrobe Valley could see a slight increase in showers later in the week.”