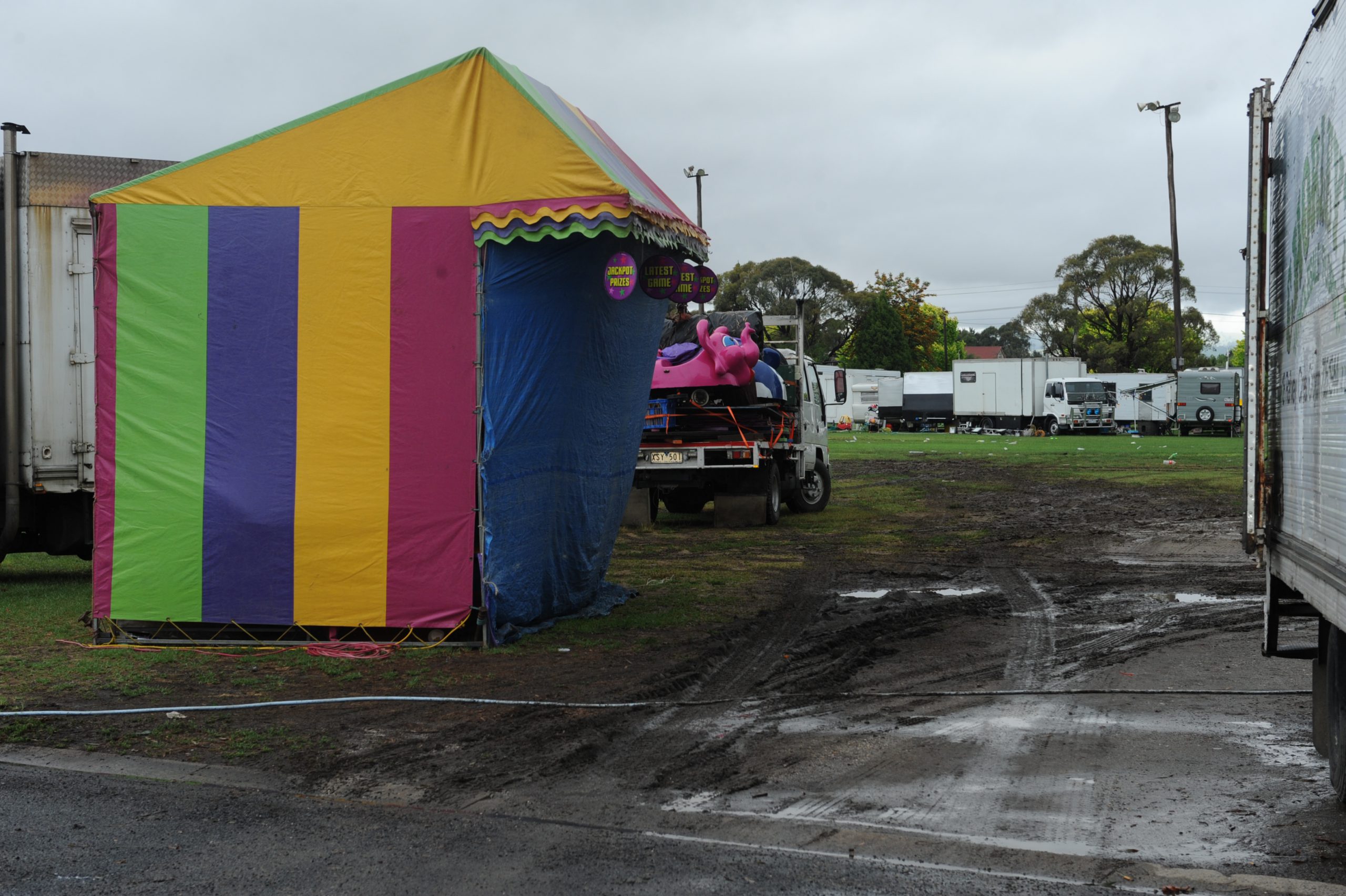 Defiant members of the Traralgon and District Agricultural Society say the Traralgon Show will return next year, despite the event being canned at the weekend due to inclement weather.

It was a tough decision to make for the show’s organisers, just months after they were faced with the possibility of cancelling the show due to a lack of funding.

In August, the Gippsland Ranges Roller Derby Club joined forces with the agricultural society to raise $17,000 in cash and $20,000 through in-kind support in just 20 days.

The funds were supposed to ensure the event was funded up front and not reliant on people coming through the gates.

But on Saturday, the skies opened and with more forecast rain predicted that afternoon, its organisers had not option but to call off day two of the event.

Traralgon and District Agricultural Society secretary Lorraine Anderson said while the association would be out-of-pocket several thousand dollars, its members would remain optimistic ahead of the show’s 130th anniversary next year.

“We will most certainly give it another go, we just have to be persistent,” Ms Anderson, who celebrates 20 years as the society’s secretary in 2018, said.

“The weather was against us to begin with. We sort of ummed and ahhed and I couldn’t have it on my conscious if something happened with the horses, for instance if a horse or rider got injured.”

Ms Anderson said despite traders moving in early last week, by Friday afternoon following warnings by the Bureau of Meteorology, most of them had packed up and left.

“So really all we had going were the horses,” she said.

“But on the bright side, the pavilion was great with the kids’ art work … it was colourful and just brightened up everything along with the mosaics from Vista Day Care in Morwell.”

Gippsland Ranges Roller Derby Club president Caitlin Grigsby, who joined the society as a member in August, said she did not anticipate the toll the decision to forfeit the event would have on herself and the society’s members.

“We woke up on Saturday and we looked at each other and thought ‘what are we going to do?,” she said.

“The ag society is made up of eight individual people and they’ve busted their backsides to keep this show running. To watch them struggle and make the decision to cancel it was just heartbreaking.”

The roller derby club threw its support behind the agricultural society after it was given facility access to one of the sheep sheds to meet and train in.

Since then, it has been a “labour of love” for Ms Grigsby and her club to help get the society back on its feet.

“You have a have an obligation to help someone when they help you, they gave us a home so my members are of the opinion that if the show proceeds [next year], which I have absolute confidence it will, we’ll be there on the gates and turning the sausages,” she said.

“There’s a conversation to be had with our show sponsors because on one hand. We have to honour that they took a real bet and invested both resources and funding, but on the other hand we also must make sure that we pay our bills and preserve our relationships. “This week the plan is to call all the sponsors, give them real honesty about what we tried to do and what decisions we made and why.”

Ms Grigsby said despite the show’s cancellation, “it did not fail” and implored people to “support the cause” next year.

“I’m calling on people whether they can contribute time, funding or skills for the 130th year that they bloody well do it and jump in and help because the ag society adds so much benefit our community.”

While the agricultural society will be slumped with the cost of necessities like security guards and rubbish bins, along with animal ribbons for the first day, Ms Anderson said the show relied on the support of its community to prosper into the future.

“We’ve been having financial troubles for the last couple of years and once this show goes, it wont come back,” Ms Anderson said.

“We really apologise to the people who planned on coming but in my heart I believe we did the most appropriate thing [by cancelling the show]”.

“I do feel devastated in a way but in another, I’m relieved. We will be back next year and we promise to make it better than ever before.”

For more information or to volunteer your support, email traralgonagsociety@gmail.com