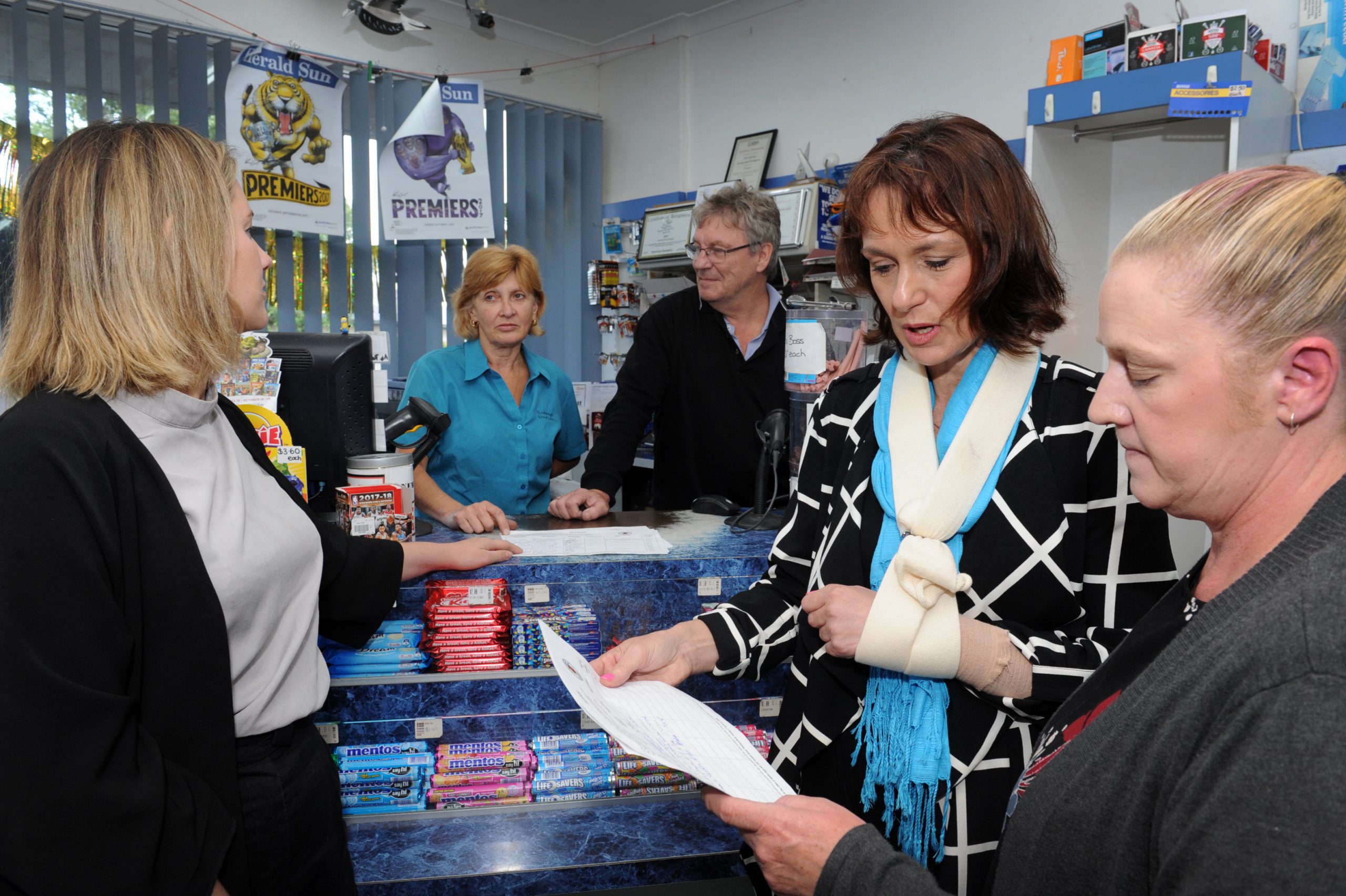 A petition to reinstate a direct bus service to the Federation Training campus at Yallourn was launched in the Latrobe Valley on Tuesday.

Member for Eastern Victoria Melina Bath said there had been a direct route to the campus from Traralgon, Morwell and Moe for many years.

“Now what happens is that students are either having to get up super early and they need to catch two buses, interchange over at Narracan Drive, I think, outside the service station, either wait 15 minutes or 45 minutes, or if they’re running late, basically run the three kilometres to get to the university,” she said.

“Students often enrol in these courses because there is direct access and that is not the case now and that is really letting down students.

“We’ve had some conversations [with Federation Training students] and I think they’re a bit reluctant to come forward, they want to continue their course so they are acknowledging their frustrations but whether they are prepared to come out and say in case there [are] ramifications.”

Ms Bath said there had already been a “good uptake” of retailers and residents willing to participate in the petition.

“It’s still out, what we’re doing is launching it here today,” she said.

“We certainly expect it to be in the hundreds.”

Ms Bath said the petition would be presented to State Parliament in February.

“When they are in government they didn’t provide funding in relation to either of these things, so it is a bit rich for the deputy leader of the Nationals to be launching a petition.

“If the Nationals ever come back into government they won’t do anything about [it].”

“But we do need to improve that and we need to make sure that we take care of better options for connectivity when people are catching the train and then using a bus, to make sure that students can get to and from their campuses and do so safely and in a way that minimises the impact of the often inclement weather we have here in Gippsland,” she said.

“I’ve been working very closely with Minister for Transport Jacinta Allan to maximise the opportunities we have for bus routes that are regular, reliable, predictable and based around the needs of the community.