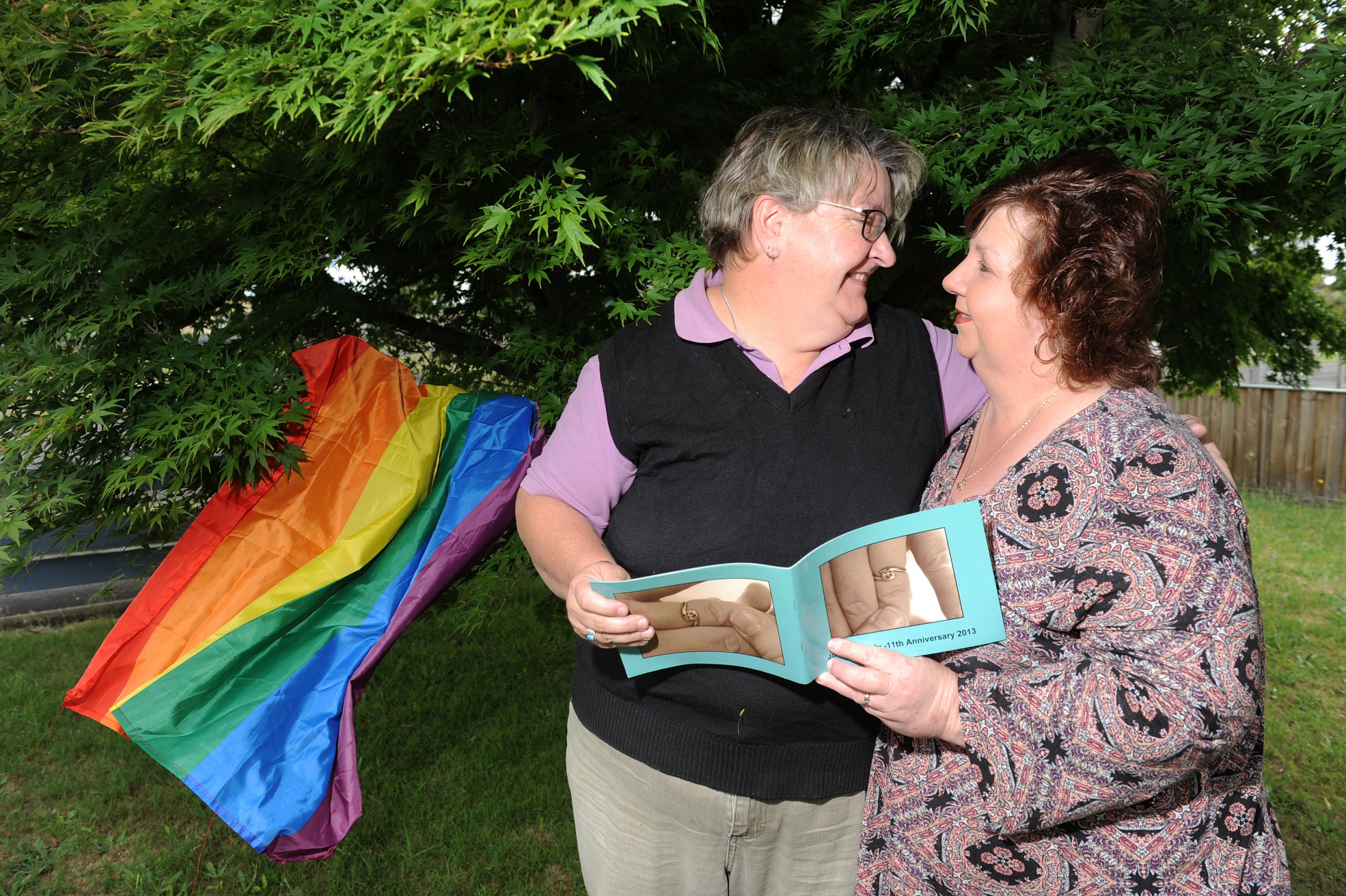 The Latrobe Valley will become alive with the sound of gay wedding parties, now that same-sex attracted people can now legally marry in Australia.

Some Latrobe Valley couples have taken their wedding plans off the back burner, after years of being engaged to their long-term partners.

Newborough couple Jo Parker and Mandy Thomson-Dickson were delirious when the news came through late on Thursday evening that marriage equailty flew-through the House of Representatives.

“I just wanted to cry. We’ve waited a long time for this,” Ms Thomson-Dickson said.

The pair, who met more than 15 years ago, haven’t yet set a wedding date, but said their family were keen to watch them exchange nuptials.

The couple have friends lining up to offer their services as wedding day photographers, hairdressers and party planners, while others are chomping at the bit to book flights for the big day.

“We won’t have a huge wedding, just family and close friends. Wedding industries will go through the roof. I don’t think there will be any negativity at all,” Ms Thomson- Dickson said.

Ms Parker said her relationship with Ms Thomson-Dickson would now have the same legal protections as existing married couples.

“We’ve both been in hetero-marriages before and were protected by those rights. We discussed a commitment ceremony, but our relationship is more than a piece of paper,” Ms Parker said.

“Once we are married, if anything happened to me, no one can step-in and make any decisions on my behalf.”

Ms Parker, who is also part of the Gippsland Rainbow Collective, acknowledged decades of hard slog for the LGBTI community leading up to last week’s historic day.

She described the plebiscite as “awful”.

“To see these awful falsehoods on TV that were full of lies. I felt a level of fear – personal fear during that time. I hate living that way,” she said.

Although the law was passed in a landslide, Ms Parker warned there was still more work to do and that not all sections of society would bless their marriage.

“Gay bashings still happen. In public, I still have to make a conscious decision if I am in a safe place to hold my partner’s hand,” she said.

“I long for the day when we don’t have to make this decision. Change will come by evolution, by subtle changes in social structures.”

Traralgon couple Chrissy Warren and Lisa Theodore have been engaged for the past two years and will begin their wedding arrangements after the Christmas rush. The pair were both at work when they heard the law had changed and spent the evening excitedly texting back-and-forth.

They had contemplated heading overseas to get married, but decided to sit on it until it was legal at home.

“We will have a Gippsland wedding,” Ms Warren said.

“We wanted to get married in our own country, so our friends and family could attend the wedding. This is something we can now do like everyone else.”