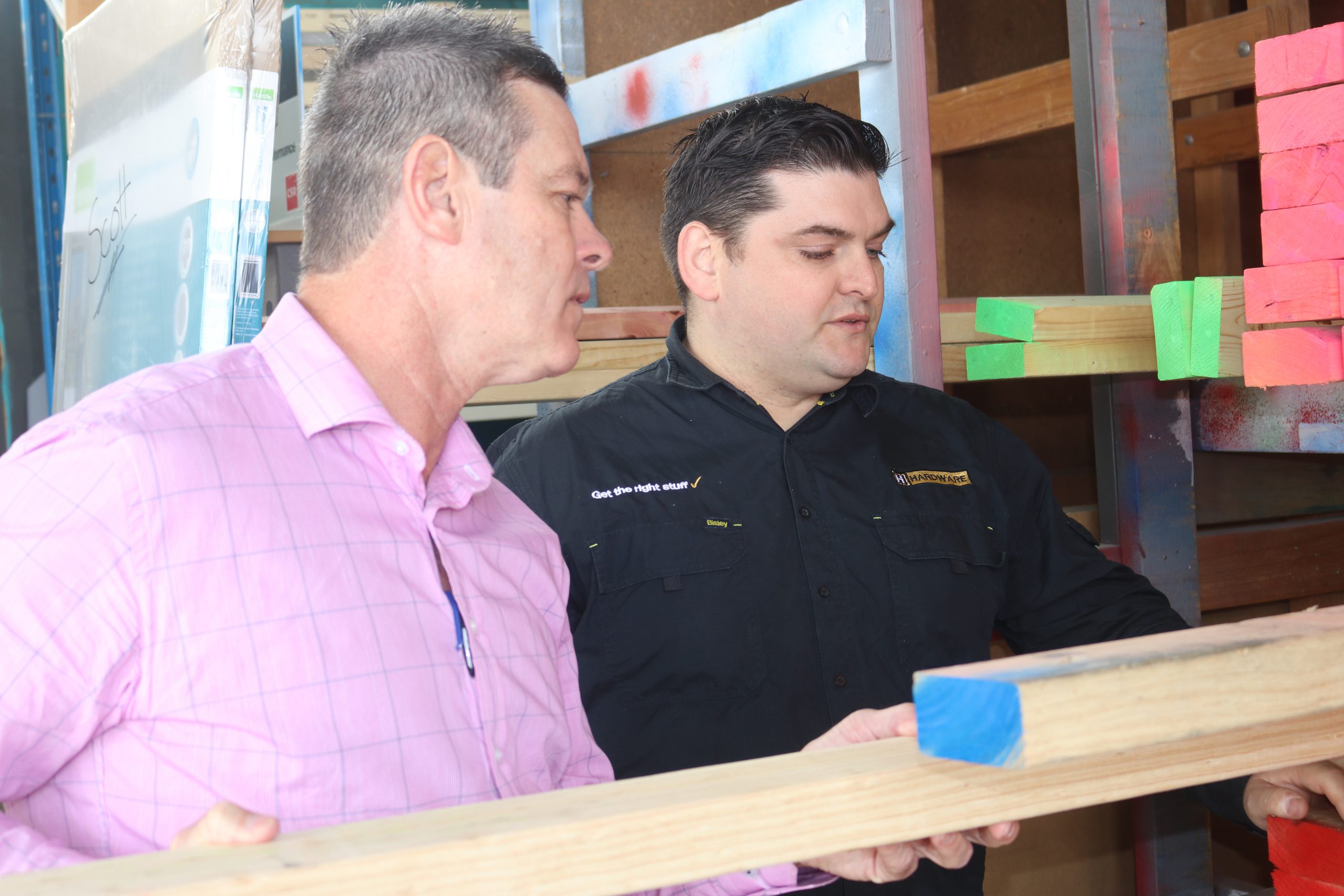 Local retailers are running out of timber to sell since Morwell’s Carter Holt Harvey mill closed in September, which is driving inflation in softwood supplies for the domestic market.

Traralgon H Hardware manager Andrew Graham said his framing timber supplies had dropped by about 60 per cent and he had been forced to ration what he has to sell to his existing customers.

He said this has resulted into an associated slump in sales of nails, glues, screws and particle boards.

“I don’t see a light at the end of the tunnel. I’ve stopped calling suppliers and I can’t get any back orders,” Mr Graham said.

“We are going through a building boom, but I have no supply. I’m now trying to streamline my business and consolidate my range.”

Mr Graham said he was getting a semi-trailer a month of pine deliveries, and estimates he is losing a $100,000 a month in timber sales.

“I can’t quote prices, and suppliers are charging higher amounts. We then have to pass this on to our consumer, and builders pass it on to their customers.”

Member for Morwell Russell Northe met with Mr Graham last week to discuss the flow on effect on his business, and other timber related businesses within the Latrobe Valley. He said he knew retail giants Dahlsens and Bunnings were also struggling to supply local building demands.

“If the loss of 160 direct jobs following the closure of Carter Holt Harvey wasn’t enough, we are now seeing many other local jobs and businesses being impacted,” Mr Northe said.

“To have this business and others unsure of when they will see the next supply of timber come through its doors – well it just beggars belief.”

He said the state government should not have allowed the CHH mill to close so rapidly and should provide whatever support it could.

“With high unemployment in the Latrobe Valley, why would the government step in and buy a mill in Heyfield, and not in Morwell?”