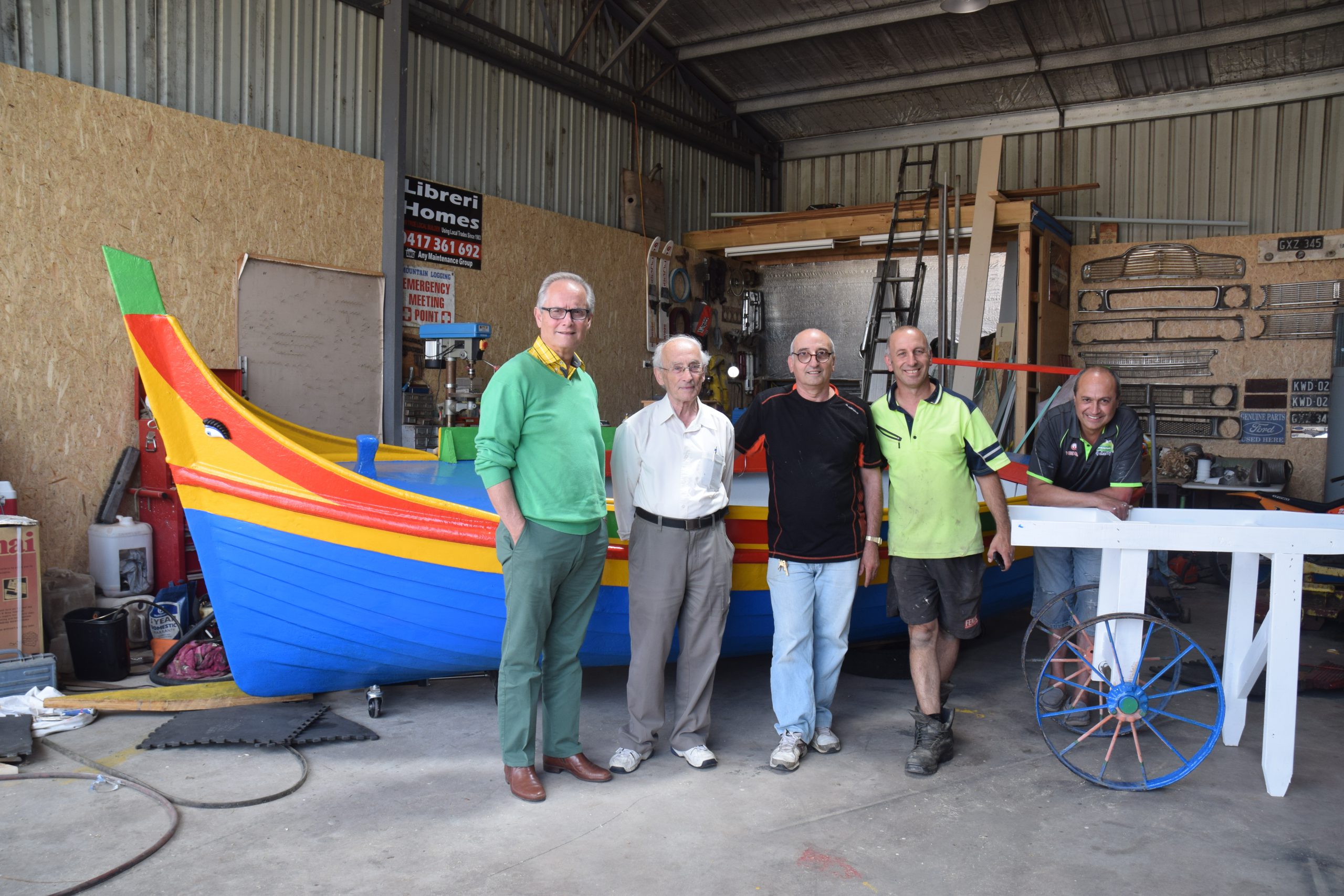 The Latrobe Valley Maltese Festa is expected to attract thousands of people for a taste of Maltese culture.

The festa will be held in Morwell on February 17 with a replica of a traditional Maltese fishing boat, known as a luzzu as the centrepiece of the event.

Committee member Frank Bezzina said the 18-foot-long boat was purchased in Williamstown and had been restored by committee members to reflect their Maltese heritage.

The boat will have an eye symbol painted on it, which is also featured in the festa flyer, which Mr Bezzina said was of historical significance to Malta.

“The significance goes back to Phoenician times. It represents good luck at sea…. [and] protected the fisherman from monsters,” he said.

“It is a very old piece of history.”

Mr Bezzina said he already knew of 10 buses travelling to Morwell for the event and said the committee was expecting a few thousand attendees, including a group coming all the way from Adelaide.

“I get a phone call daily… asking ‘is it still next to McDonalds?’,” he said.

Another feature of the festa will be a replica of the Mosta Dome, crafted by Charles Camilleri from St Albans.

“It took him 15 months to complete,” Mr Bezzina said.

“The festa will showcase many more of his historical landmark replicas that he built from the Maltese history.”

Mr Bezzina said a range of traditional Maltese cuisine and beverages, including pastizzi and ravioli, would be available at the event, along with people dressed as the knights of Malta and activities for the kids.

“Kids can dress up and have a photo with a knight,” he said.

“There will be a Maltese brass band…. hopefully some dancers doing traditional Maltese dances.”

Mr Bezzina said although the festa committee was small, they were a “bunch of do-ers” with a slogan of “fun, food and friendship”.

“We’re trying to rekindle the Maltese heritage,” he said.

“Anybody can come and sample Maltese culture.”