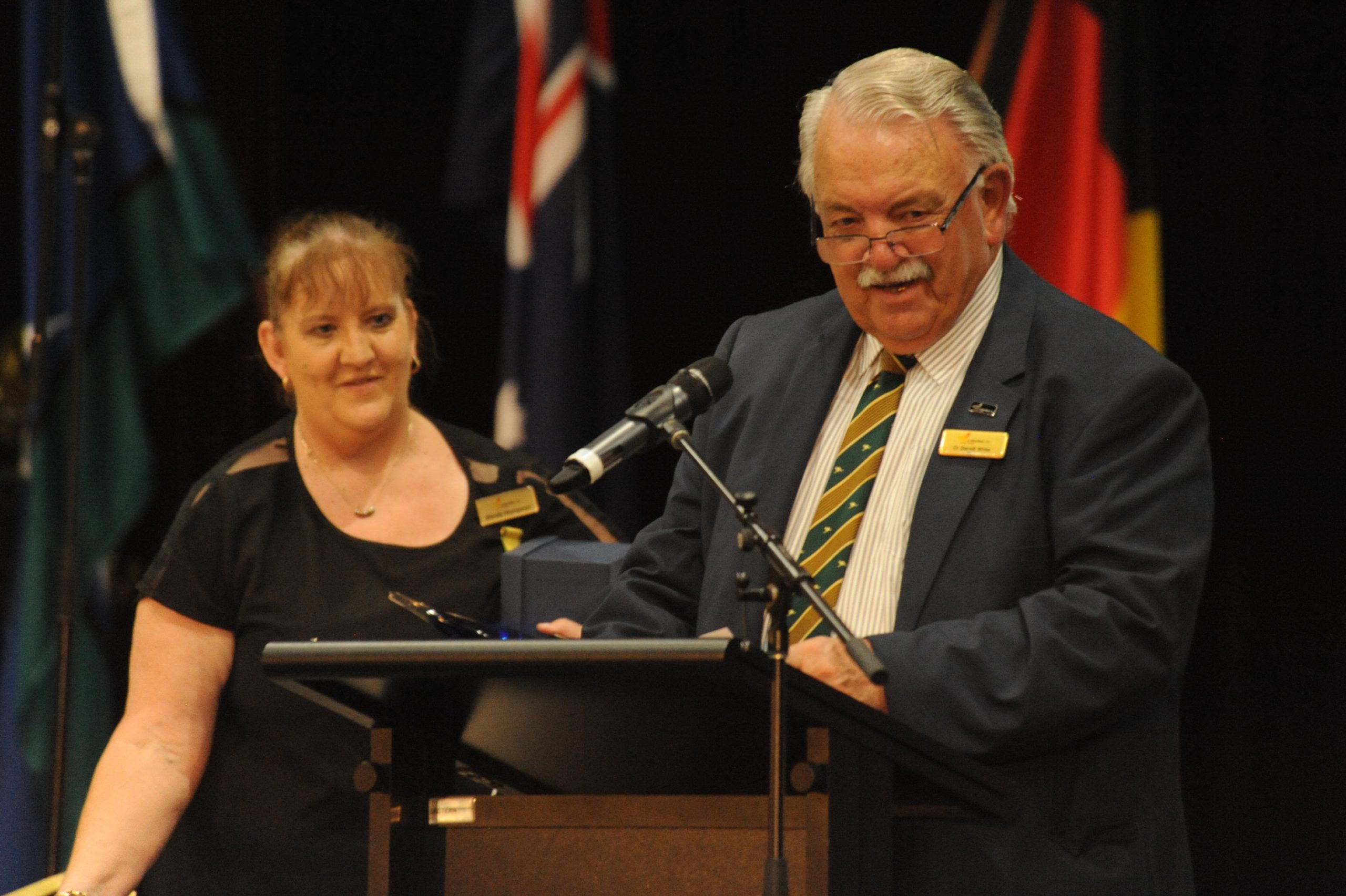 The amalgamation of the Latrobe Valley’s municipalities in the 1990s was the best move forward for the region, according to Latrobe City mayor Darrell White, who on Friday was named an Order of Australia recipient.

Self-described as a “solutions” man, Cr White said despite “tribal” tensions following the merger, the move to form the then Shire of Latrobe gave the region its best chance to tackle some incredible economic challenges.

“We were very parochial in those days,” Cr White told The Express.

“It was bit like a marriage I suppose, [it was a] very rocky start because there was a whole lot circumstances which existed in those times.

“[I was] a great advocate for what the amalgamations did because I think we needed to be able to speak with one voice out of the Latrobe Valley.”

Back when the municipality was first formed it consisted of seven councillors, now nine, but Cr White described the early days as an uphill battle.

“There were a whole range of issues going on. For example, where would the headquarters be and all those sorts of things and they were big issues of the day,” he said.

“[But] I’m a solutions-orientated person so if it ain’t working, let’s find a solution to fix it.”

It is the third time the Churchill resident has held this council’s highest role, with stints in 2004 and 2011 as mayor when the former Gillard government announced the controversial short-lived carbon tax.

“We were so proactive about it we got the Prime Minister down here at one stage to engage with us to understand the ramifications of such a tax being introduced,” Cr White said.

“We were worried about the job prospects for our future and what was the future of the power generation industry.”

He was also the inaugural mayor of the Shire of Latrobe and served two stints on the former Morwell City and Morwell Shire councils between 1981 and 1991.

But local council is not the only community service in Cr White’s portfolio, with stints as president of his beloved Churchill Football Club and Morwell Bowling Club and 16 years at the helm of the Gippsland Sports Academy.

He has also been a sports presenter on Morwell-based community radio station Gippsland FM for more than 30 years.

But one of the main reasons why Cr White became such a hands-on person in the community was an incident he experienced during a Morwell Tennis Club annual general meeting “very early in life”.

“During that annual meeting there was a bit of a silence going on about putting your hand up for being on the committee,” Cr White said.

“One of the guys there said ‘come on you young blokes, you’re taking out of the game but stand up and give back to the game as well’ and that struck a chord with me.

“That was a good learning lesson, so I did [put my hand up].”

Speaking about his Order of Australia award, Cr White said it “came out of the blue” and thanked the person or people who “considered putting the nomination together”.