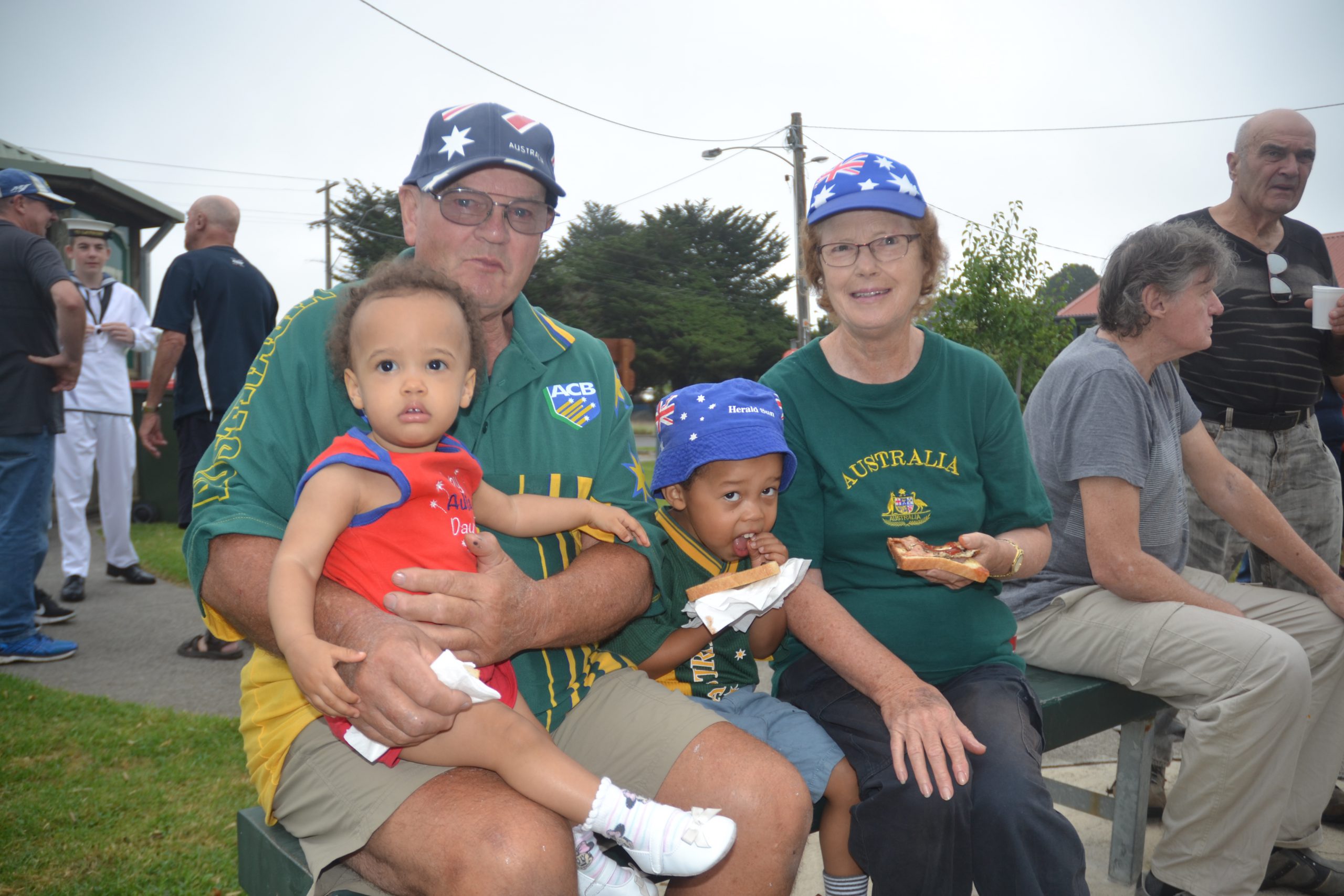 The quiet sounds of country music and chatter contributed to the casual and friendly atmosphere in the park, where people did not have to line up too long for egg and bacon sandwiches cooked by Yallourn North CFA volunteers.

“It gives an opportunity for people to meet new people and to just to catch up with old friends that you mightn’t see from one day to the next,” Ms Lipman said.

She said the Lions Club initiated the event “many moons ago”, however, after the club folded the action group took it on.

“I like the friendliness and just seeing people discover each other and sitting and chatting and renewing acquaintances,” she said.

About 80 people attended the breakfast and watched as the TS Latrobe Navy Cadets raised the flag, before everyone sang Advance Australia Fair.

Yallourn North Action Group member and ceremony emcee Robert Gaulton said the aim of the event was to acknowledge the community and celebrate being Australian.

“Apart from a feed, it’s a basically a community bonding exercise and allows people to get together on a day where we celebrate the privilege of being Australian and the joy of living in Yallourn North,” Mr Gaulton said.

“We look forward to the future with optimism and hope.”