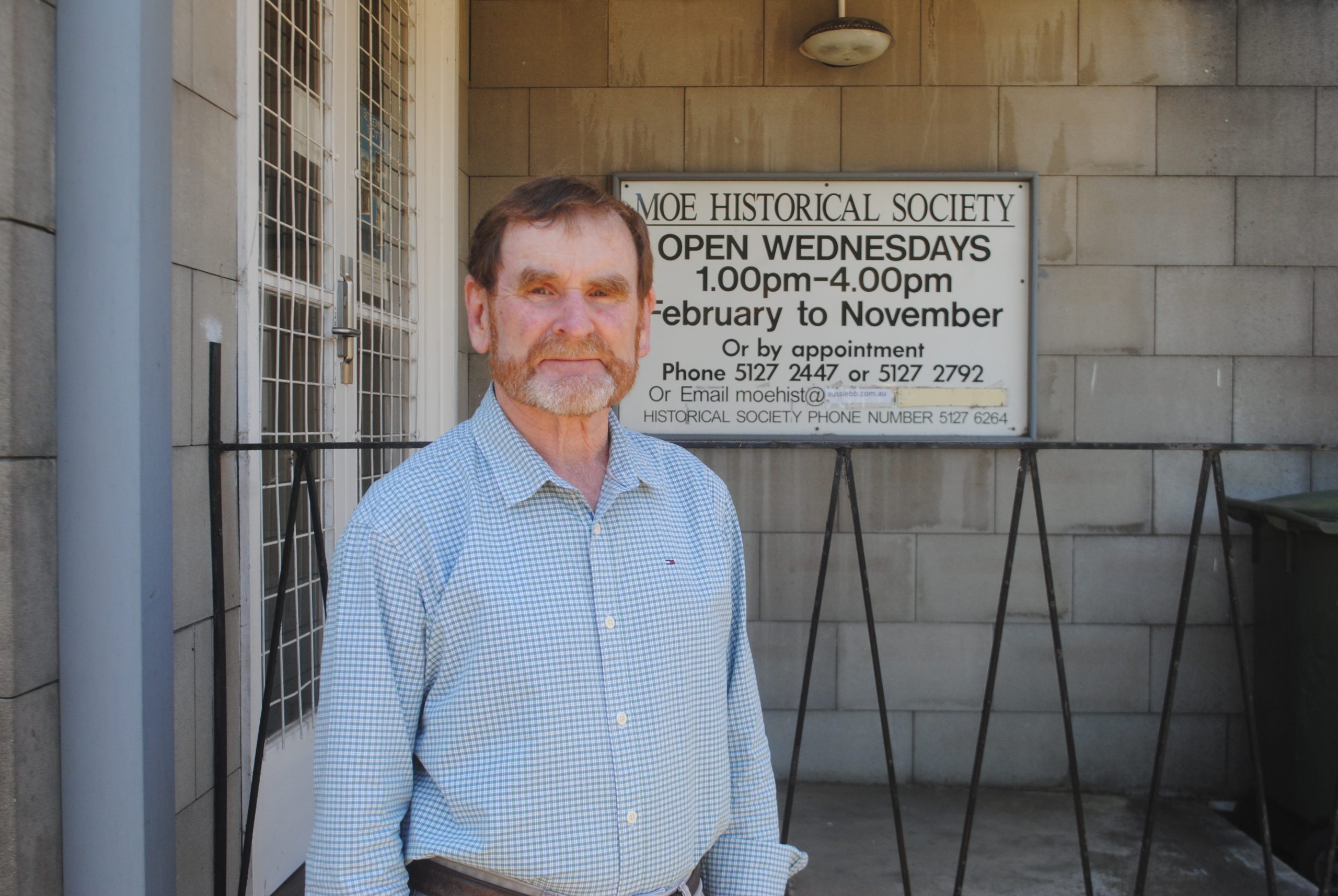 While Graham Goulding did not foresee an Order of Australia Medal coming his way for service to community history and heritage preservation, the former Lowanna teacher and Moe Historical Society identity said the award was a “nice surprise”.

“It’s a bit embarrassing in a way, you look around and think of all these other people who deserve [an Order of Australia Medal] and you wonder why you got one and they didn’t,” he said.

Now living at Westbury, Mr Goulding’s contribution to the documentation of the region’s history is imposing, having authored a wide range of historical publications and fulfilled roles including Moe and District Historical Society vice president, Gippsland Association of Affiliated Historical Societies secretary/treasurer, Gippsland Immigration Park Inc. secretary, Walhalla Board of Management secretary/president and many more.

Mr Goulding was instrumental in the establishment of the Gippsland Immigration Park in Morwell.

“When you look at the history of the Valley, there was an enormous and wide spread of migrants that came to work in the Latrobe Valley after the war,” he said.

“They came, established businesses and were very successful in that area as well.”

Mr Goulding said he had travelled 6000 kilometres around Gippsland to collect information and photos to help establish the Gippsland Heritage Walk around Kernot Lake.

“This put me in contact with a lot of people and information, so I can often pinpoint where to go for different things,” he said.

“Other people have done fantastic things in Gippsland, Patrick Morgan [a regional historian] for example, operates at a higher level than me, with interpretive history. Whereas I’m more into putting people in touch with others, more interested in recording history rather than interpreting it.”

Having retired relatively early, Mr Goulding said he’d had a lot of free time which allowed him to get involved in lots of different things.

“People would ask if I could do this or this. For example, the Morwell Fire Brigade asked me to write a short history of the brigade and I did the Morwell Bowling Club 100-year history,” he said.

“I’ve become a clearing house for newsletters. For an event, people will send it to me and I send it off to everyone else, to all the societies…. I create a directory every year to refer people on.”