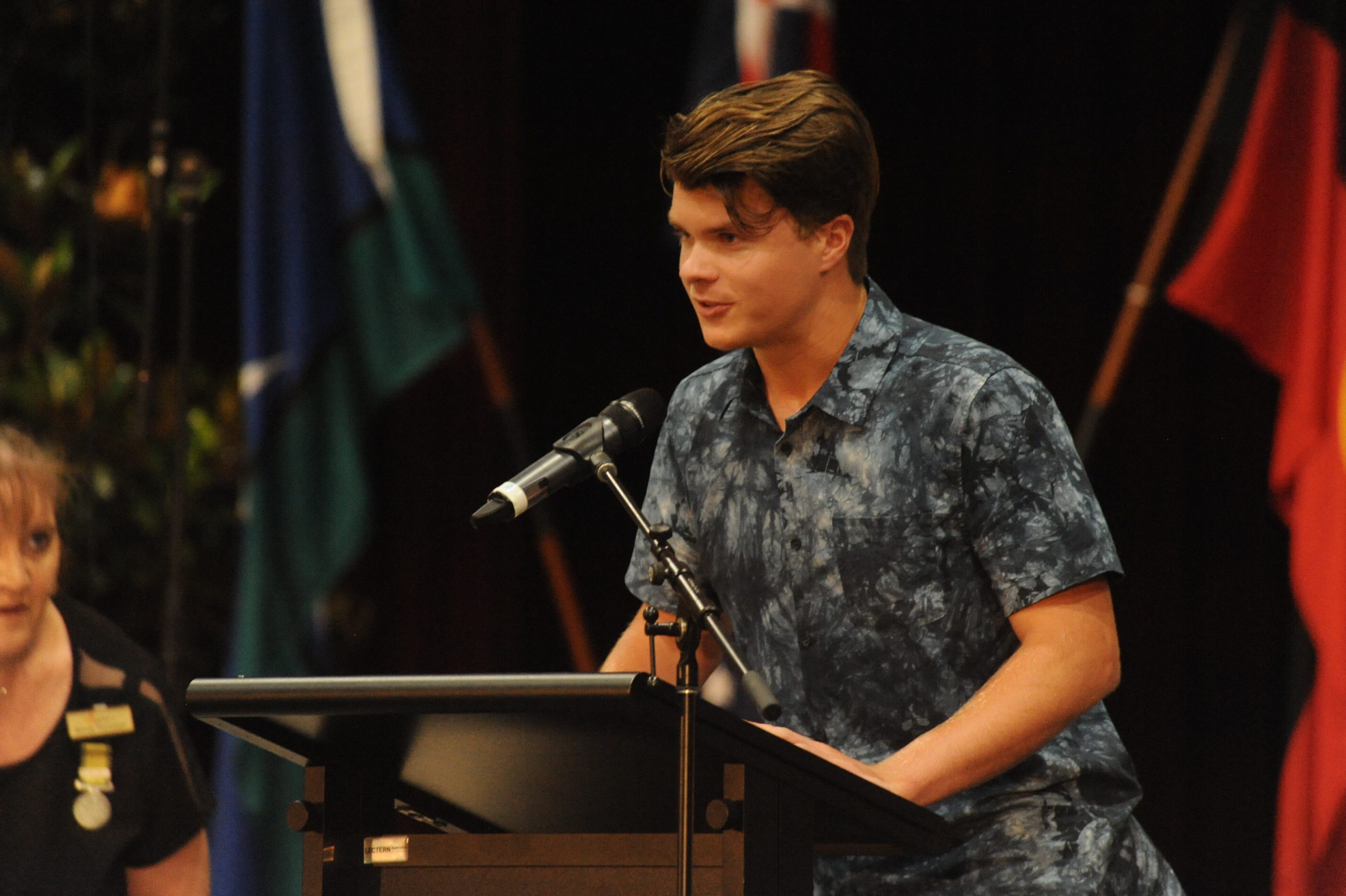 Mr Szabo, 19, was named as Latrobe City’s Young Citizen of the Year at Kernot Hall on Friday afternoon for his work establishing a campaign aimed at promoting litter prevention.

The former Lavalla College VCAL student created signs with the slogan ‘Enjoy it. Don’t destroy it!’ which are now displayed at recreational locations across the Latrobe Valley.

“A few years ago I noticed an increase in rubbish left by campers at sites near fishing locations,” Mr Szabo, a part time employee at Tackle World Morwell, said.

“And because I’m a pretty keen fisherman it was something that I was really passionate about.

“We came up with the slogan ‘Enjoy It. Don’t Destroy It!’ and as the name suggests, if you’re going out camping or fishing don’t wreck the place, clean up after yourself and respect the environment.”

In 2016, Mr Szabo approached Latrobe City Council to help facilitate the roll-out of the signs at local fishing spots, but soon realised the rubbish was also an issue at local campsites.

“I’m pretty stoked to be honest. It’s a good feeling and it’s definitely rewarding because I know that I’ve made a difference in the community,” Mr Szabo said.

“This award shows that even young people, like myself, care about the environment and want to improve the Latrobe Valley community.

“If anyone is going out fishing or camping, make sure you take your rubbish home with you because if people see the joint trashed, that rubbish is going to build up.”