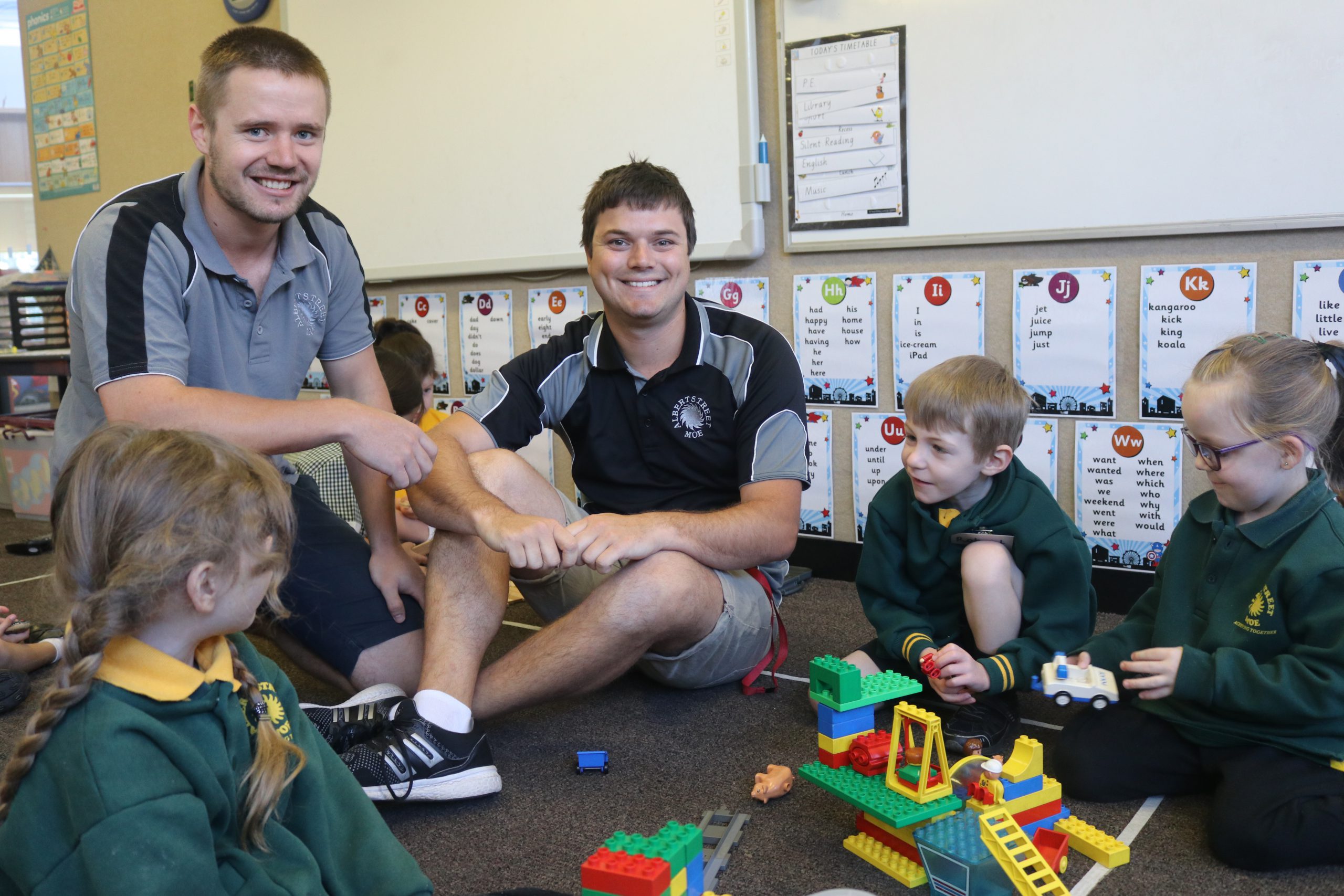 One Moe primary school is leading the way to break down gender stereotypes in the classroom by having more male than female teachers.

In what is usually a female-dominated career, Albert Street Primary School has five male teachers out of seven classes, and two of these men are teaching grade preps and grade ones.

Principal Monique Osborn said she could not recall any other primary school with more men than women on the teaching staff.

“Mind you, there are a lot of male principals,” Dr Osborn said.

She said many young men shunned primary teaching due to the stigmas attached to choosing what is regarded as “women’s work”.

However, she said males offered a positive role-model for kids coming from sole-mum homes, or for those without a positive male figure in their lives.

“The teachers here all met the values and visions of our school. We have some parents come here and they see how many male teachers we have and they are surprised,” Dr Osborn said.

“Some say they are excited, as their children have never had a male teacher before.”

This is his first year with preps after taking grades three and four and he said he was excited at the prospect of working with the newbies.

“I haven’t experienced any negativity. Both my parents were teachers and I saw how rewarding it was for them,” he said.

“A lot of my friends from high school went into trades. Maybe other schools have difficulty getting male teachers.”

Kieran Browne has been teaching preps for the past three years and said he believed gender imbalances were starting to shift in the profession.

“In the past few years, I’ve seen more male teachers. When I was at uni [Churchill campus] there was a high amount of male graduates the year I graduated and many of my fellow male graduates are still teaching,” Mr Browne said.

“I’ve had lot of positive responses, sometimes shocked responses. I used to be a swim teacher and I was teaching four-year-olds, and seven to 10 age groups. I really enjoy working with children.”

Federation University education faculty deputy head Nicola Johnson said around 16 per cent of last year’s Churchill campus graduates were male, while this year men made up just 12 per cent of students enrolled in teaching.

“It’s rare to get any more than 20 per cent of males enrolled in any year,” Dr Johnson said.

“It’s even rarer to get males into early childhood. Albert Street is unique to have a female principal and more males on teaching staff. You have to give them credit for that.”