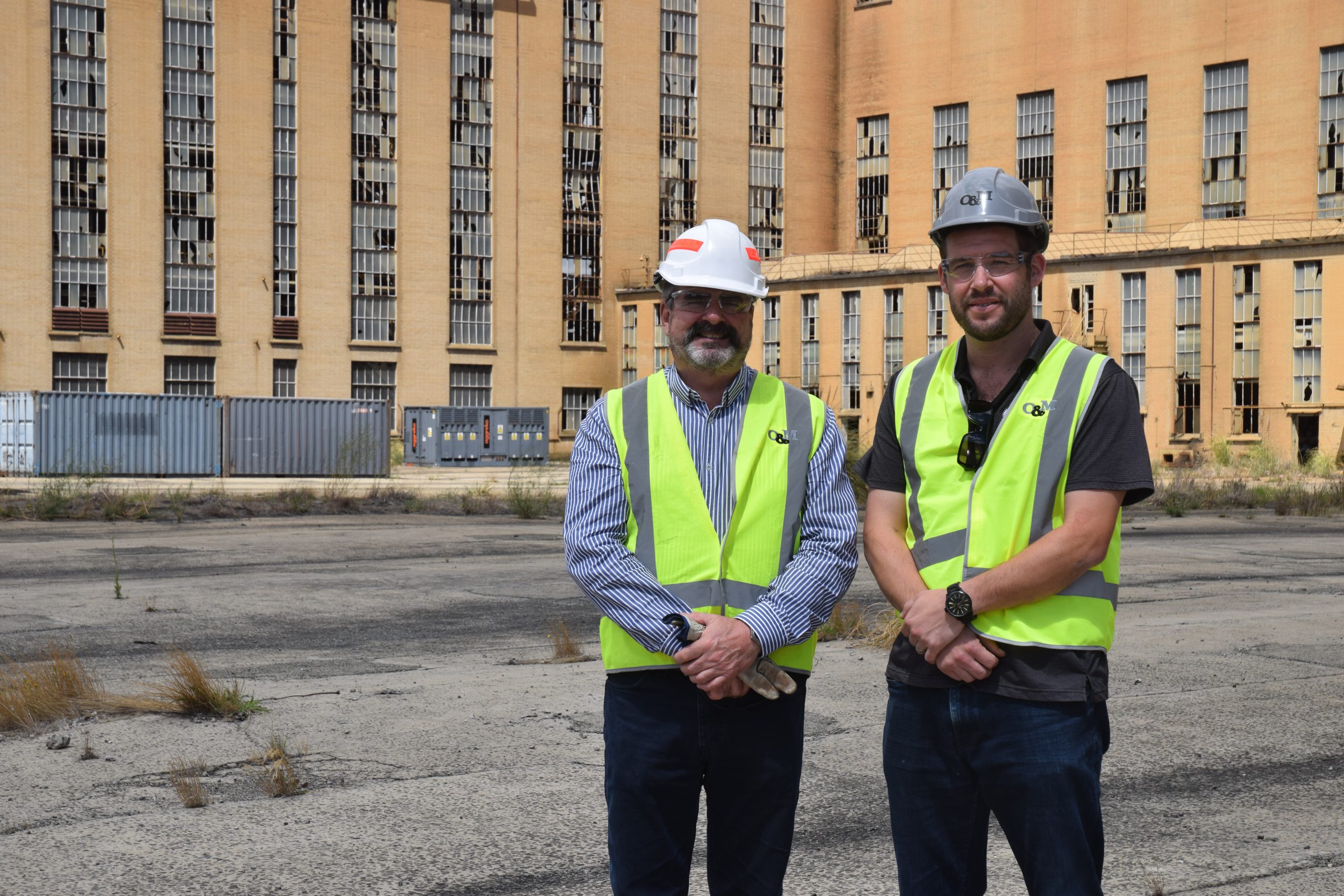 An innovative renewable energy and storage demonstration project slated for the newly-heritage listed Morwell Power Station and briquette factory site hinges on an application to have the power station demolished.

The site was heritage-listed last month to the excitement of proponents hoping to establish an industrial tourism route in the Latrobe Valley.

However, site liquidator Energy Brix Australia Corporation remediation general manager Barry Dungey told The Express EBAC would make an application to demolish the power station in the next two to three weeks because asbestos in the station would be a liability for future projects.

If the demolition goes ahead, Coal Energy Australia has indicated it would reinstate the briquette factory as the basis for a project to utilise brown coal in new ways, known as the CarbonTech project.

Under the umbrella of the purchasing entity, Gippsland Infrastructure, the CarbonTech project would investigate integrating a new type of solar panel, known as building-integrated photovoltaic, in place of existing windows on the briquette factory buildings and connect the energy produced to existing infrastructure at the site.

CEA general manager Roland Davies said pre-feasibility investigations had been completed and the next step would be to conduct a full feasibility study with solar installation company Gippsland Solar.

“We believe that this new technology serves many useful purposes,” he said.

“It replaces the fabric of what the glass was, [it] still allows the transmission of light into the building, and thirdly [it] delivers cost-effective energy for … the CarbonTech project.”

Mr Davies said the heritage listing of the briquette factory meant there was a lot of uncertainty around the future of the solar and CarbonTech projects.

“It may be that a heritage-listed briquette factory could cater for this, but it comes down to the uncertainty,” he said.

Gippsland Solar managing director Andy McCarthy said there were many “clear advantages” to establishing a solar project at the site.

“Normally when you build a large-scale solar or battery facility, you have to build this infrastructure and switching yard from scratch to handle the solar,” he said.

“The beauty of this infrastructure is that while it wasn’t designed decades ago to take renewable energy, it is all just megawatt hours of energy … all exactly the same at high voltage, feeding into the same infrastructure.”

Mr McCarthy said there were many “synergies” for the project in the Latrobe Valley in terms of industry and jobs.

“We have hundreds of employees in the Latrobe Valley that already have high voltage integration skills and certain companies that have done this for decades who potentially might have some contracts they might lose in the next five or 10 years as we make the transition,” he said.

“It fits the Latrobe Valley’s job skills profile. It would employ hundreds of people at the start and dozens ongoing.

“For me, it just seems to be a limited opportunity in the next few years that we need to capture.”