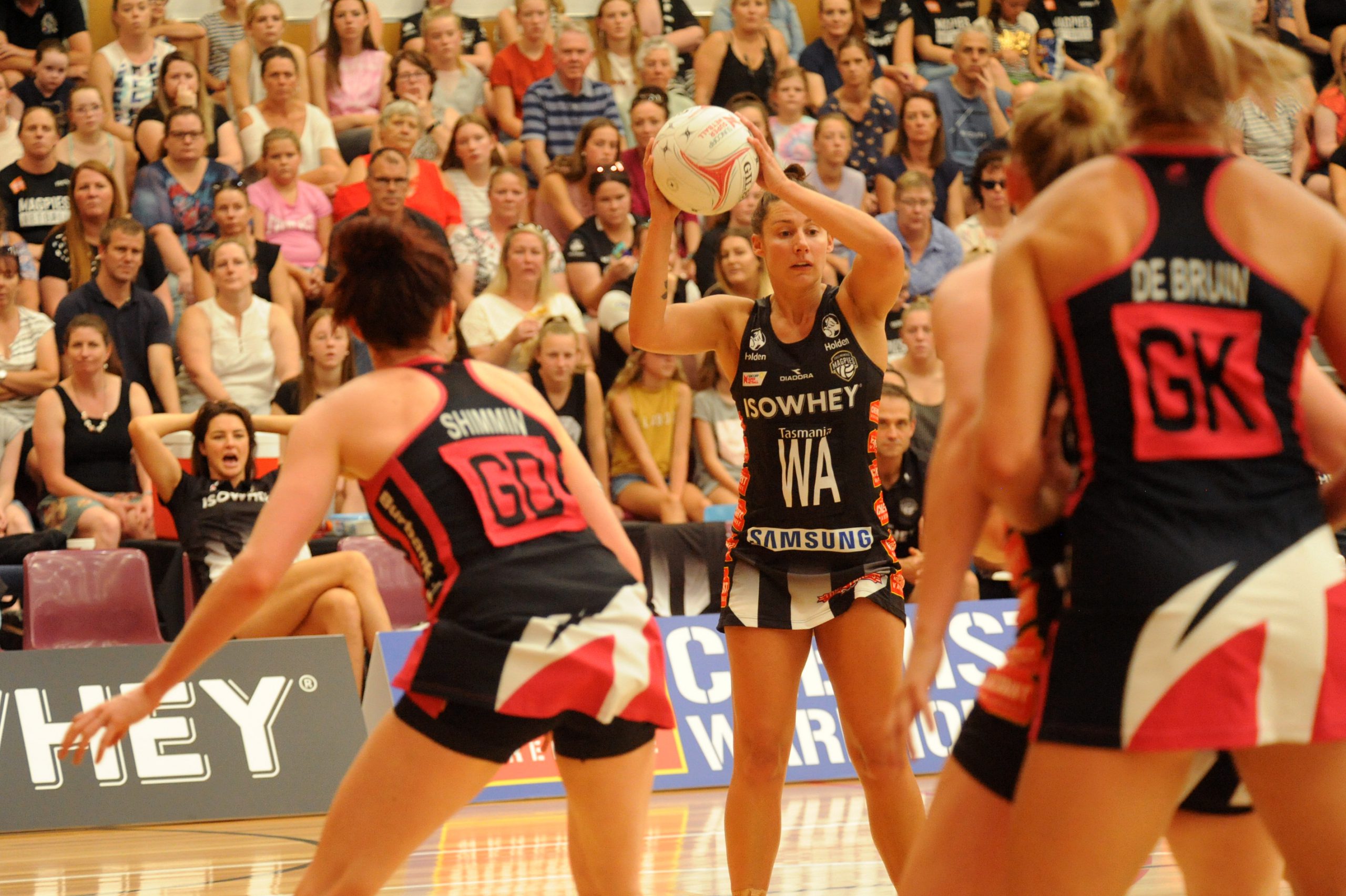 There wasn’t a spare seat in the house at the Traralgon Sports Stadium on Saturday as Magpies Netball came to town for a Super Netball practice match against the Adelaide Thunderbirds.

The Magpies’ visit to the Latrobe Valley was a successful one, with the nine-goal win a promising sign ahead of the start of the season proper later next month.

Both sides appeared rusty in the opening minutes, with turnovers galore stunting the flow of play before Adelaide found its groove.

The Thunderbirds raced away to a 6-2 lead in the first before the Magpies swooped through Cailtin Thwaites in goals to level scores at nine goals apiece.

A Madi Robinson-led second term gave the Magpies some breathing room at half-time with a buffer of 11 goals.

New Magpie recruit Erin Bell enjoyed her first hit-out against former side Adelaide and helped Thwaites in attack to allow Collingwood to take the win.

“It’s been a pretty long season so far so it’s great to get out there against some of the other teams,” Bell said.

Bell flagged the practice match against the Adelaide Thunderbirds as a crucial component of the Magpies’ preparation for season 2018 and said every win mattered.

“We had a sell-out crowd watching us and it felt a bit more like a real game and big match and we were able to prepare exactly like we would for a game,” she said.

“The crowd was right behind us and it had the intensity was really, really high and it really did have that atmosphere of a real game.

“I was obviously happy to get the win and that’s something that even in practice matches it means something.”