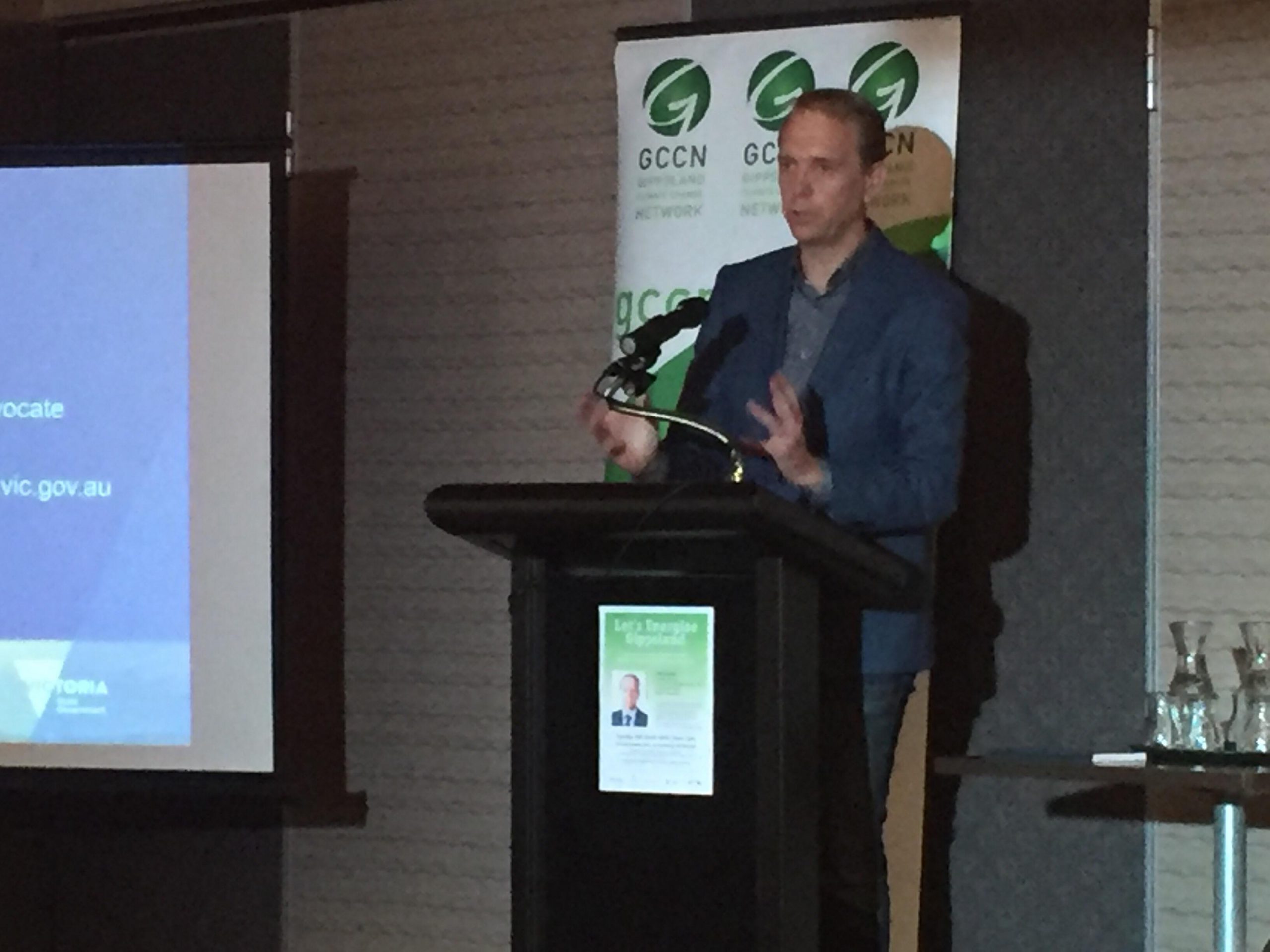 There were many opportunities for the Latrobe Valley in the renewable energy sector, Victorian renewable energy advocate Simon Corbell told a Gippsland Climate Change Council seminar in Morwell on Tuesday.

In his former role as ACT deputy chief minister and minister for the environment and climate change, Mr Corbell led the territory’s shift towards clean power.

Now the renewable energy advocate for the state government, Mr Corbell attended and spoke at the Let’s Energise Gippsland seminar hosted by the GCCN where he discussed the Victorian renewable energy targets, what the state government was doing to achieve them and what opportunities might lie ahead for the Latrobe Valley in the sector into the future.

Mr Corbell said investment into renewable energy generation was a global trend and that there was “an enormous amount of money flowing into this sector”.

“One of the things I am very keen on focusing on is to make sure that those investment flows come to support local communities because that is ultimately what it should be all about, as well as the benefits that come from the transition to this technology,” he said.

Mr Corbell said offshore wind and the proposed Star of the South project represented an exciting opportunity for Gippsland, and, potentially, the Latrobe Valley. specifically

“The other key factor that we are seeing is the job opportunities that flow from this technology development,” he said.

“These projects have to be largely built here on site. [The parts] are too big to ship so they have to be manufactured here.

“The proponents have identified a potential site … and they are talking about potentially looking at the manufacturing being done there or in the Latrobe Valley where there is a lot of existing infrastructure.

The reverse auction opened in the last quarter of last year and closed in February this year, with a decision expected in June.

“A reverse auction is a process where you ask bidders to come in with their price for the renewable electricity they would generate,” Mr Corbell said.

“You force them to go as low as possible through the competitive process and you choose the cheapest price, rather than the highest price …. and you also select those projects on a range of other criteria which the state has put in place.

“The state government has put in place a range of selection criteria … economic development outcomes, community engagement outcomes, as well as technical and financial feasibility and capacity to deliver a project.”