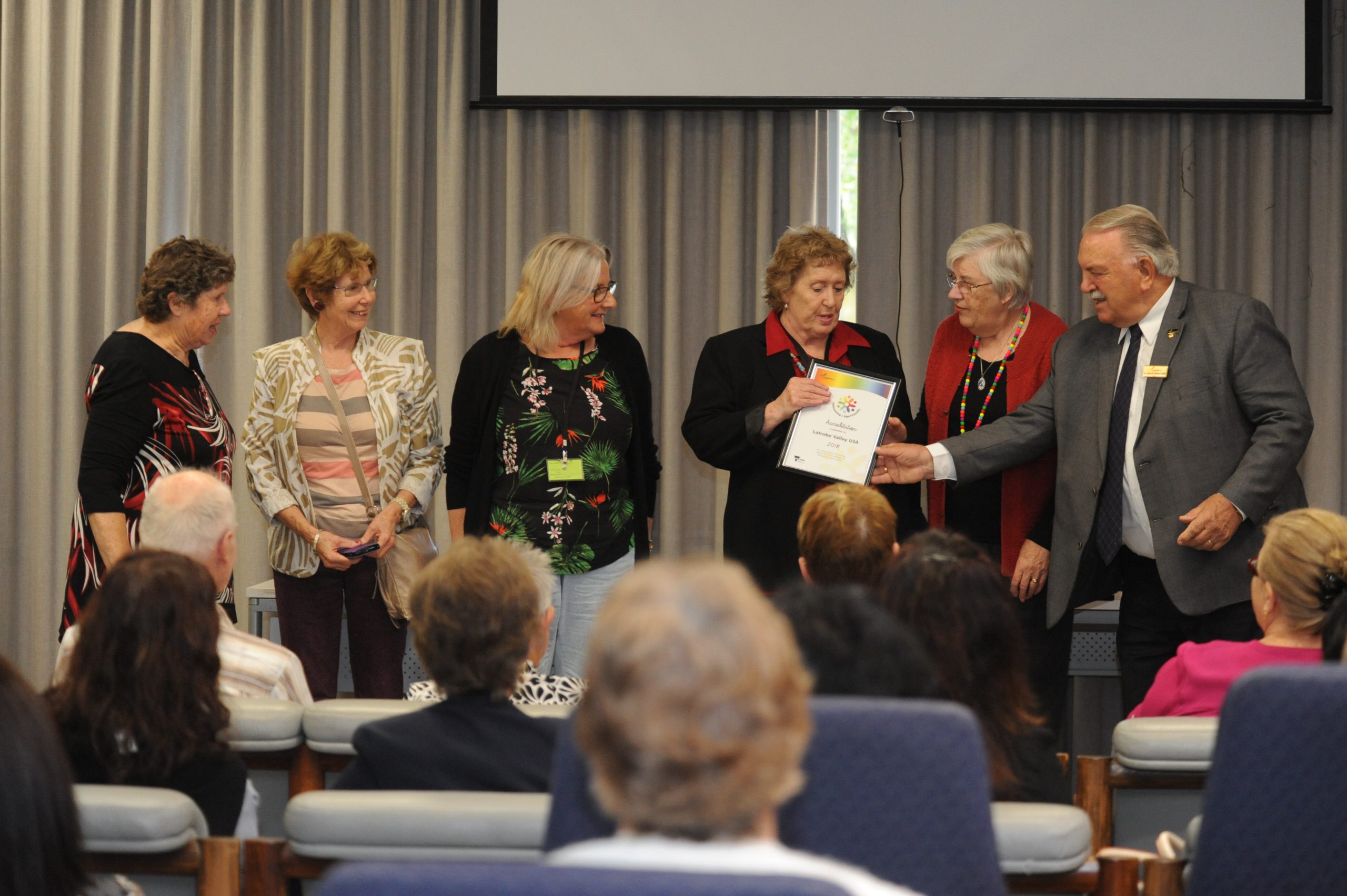 A total of 22 community groups were recognised by Latrobe City Council on Tuesday for being senior-friendly in a project to address social isolation and loneliness affecting the aged.

“Research shows that loneliness can increase the risk of premature death by 30 per cent and can be more harmful to health than smoking 15 cigarettes a day, whilst chronic loneliness can increase the risk of serious health conditions such as diabetes, heart conditions, stroke, depression, and dementia,” Cr White said during the ceremony in Traralgon.

Ms Taylor said the program was developed after council’s consultation with a number of older people who responded that they felt isolated and unwelcomed when they stepped in to a local club.

“They said to us they had tried to join a club but felt alone as nobody was there to greet them,” she told The Express.

Ms Taylor said council developed a training package where local clubs were invited to train and transform their organisation to a senior-friendly one.

Those who successfully completed the program were awarded a certificate and a Welcoming and Age Friendly logo they could display in their offices.

“This logo lets community members know that upon entering your door, they will be greeted with a smile, shown around, introduced to others and be supported to become a contributing member of your club,” Cr White said.