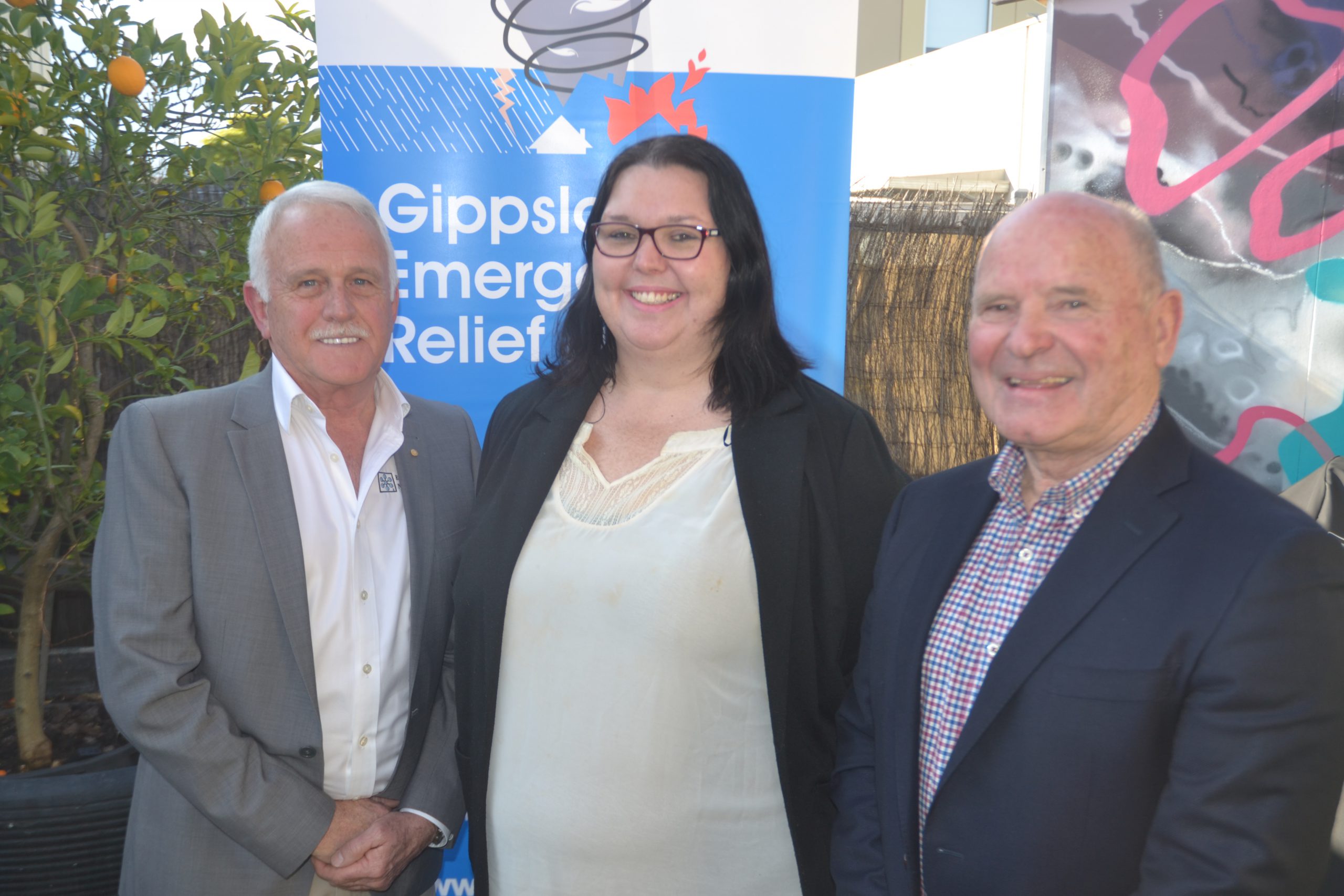 Gippsland Farmer Relief chief executive Melissa Ferguson says a recent donation of more than $30,000 will help drought-stricken farmers in need across the region.

The organisation received the $25,000 cheque and $7000 in fuel vouchers last week as part of a pledge by the Gippsland Emergency Relief Fund to help those struggling on the land.

Ms Ferguson said the organisation she founded 2016 in the wake of the dairy crisis was now focusing its efforts on drought-affected farmers who were battling to make ends meet.

“The support that we’re getting now enables us to give volunteers money for petrol, it enables them to do a lot more for farmers now – if we get more funds the more we can pass onto the people,” Ms Ferguson said.

“At the moment we’ve got a database for farmers in need and … we’re still calling out for referrals from east Gippsland … and we look forward to helping as many in east Gippy as we possibly can.”

The organisation supports farmers by purchasing goods from Foodbank Victoria, and uses smaller independent stores to purchase the “staple items” in an attempt to “inject some money into the economy as well”.

“Until recently Gippsland Farmer Relief was operating on two Bunnings barbecues a month, so this is a very big change for our organisation but we are ready to take it to the next level,” Ms Ferguson said.

More than 80 farmers receive assistance from the organisation on a regular basis. Many receive up to $220 plus in groceries and goods each month and the GERF donation is expected to expand the support to far east Gippsland.

Gippsland Emergency Relief Fund president John Mitchell said fuel vouchers would also go to farmers in need and those who were going through a difficult time.

“The Gippsland farmers are doing it tough and they actually need this support … it’s not just east Gippsland, it’s east and central and south Gippsland,” Mr Mitchell said in Traralgon.

“GERF has a wonderful record of community support and over the years – we’ve been formed since 1978 – the community has responded very favourably to us over many years.

“In recent years we’ve been spared, the Gippsland community, from any real big events but … unless conditions improve I can personally see the [requests for support] increasing.”

The emergency relief fund has contributed millions of dollars to people in need throughout the region since its formation including in 2009 when it raised $2.5 million for victims of the Black Saturday bushfires.

The announcement was made at Traralgon restaurant Coffee Corner Cafe and Wine Down bar which also supported the donation.