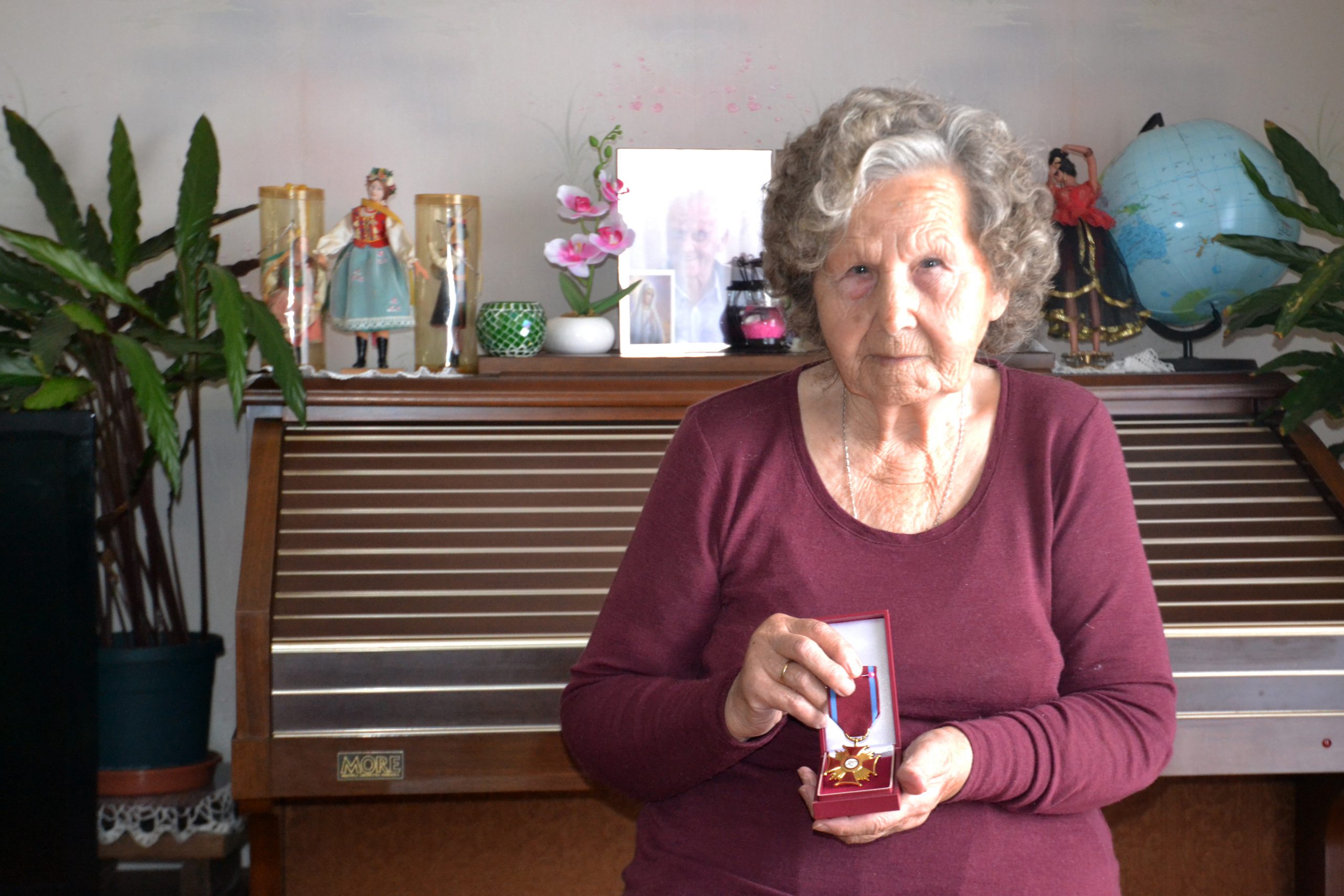 At 92 and with three decades of leading the Polish Seniors Club in the Latrobe Valley, Regina Kukla is still an active advocate and leader among her peers.

On Sunday she was among a few Polish Australians who were honoured with a gold cross presented by visiting Polish President Andrzej Duda in Melbourne.

It was the first visit by a Polish leader since the Polish diaspora after World War 2.

Mrs Kukla was humble when asked to about her latest recognition.

“I think I’m too old to be excited too much,” she told The Express.

Born in 1926, Mrs Kukla arrived in Australia in 1950 and lived at the Bonegilla Migrant Reception and Training Centre where more than 300,000 migrants, mostly from non-English speaking European countries, resided after the Second World War.

Mrs Kukla was forced to work at an ammunition factory in Germany as a replacement for her half-sister who was too sick to work.

Her experiences during the war and those of other European migrants who lived in the immigration holding centre formed part of the book We Came With Nothing.

Mrs Kukla said there used to be about 300 Polish families in the Latrobe Valley and a number of different organisations representing Poles.

Twenty-nine years ago she took over as president of the Polish Seniors Club – a position she continues to hold.

Mrs Kukla said while they have lost many members over the years with people either passing away or moving into nursing homes, there were still 11 of them who met every month at the Gippsland Multicultural Services in Morwell.

Asked what she considers a milestone of her three-decade long leadership as head of the seniors club, Mrs Kukla said it was the coming together of different Polish clubs from all over Victoria who come down to Morwell for their annual activity.

GMS chief executive officer Lisa Sinha was delighted Mrs Kukla was recognised for her contribution to the Polish community.

“As these are people who experienced years of trauma and displacement during WW2, that sense of community, belonging and shared experience that she brings by enabling people to get together and share old times and provide support to each other is crucial to them,” Ms Sinha said.