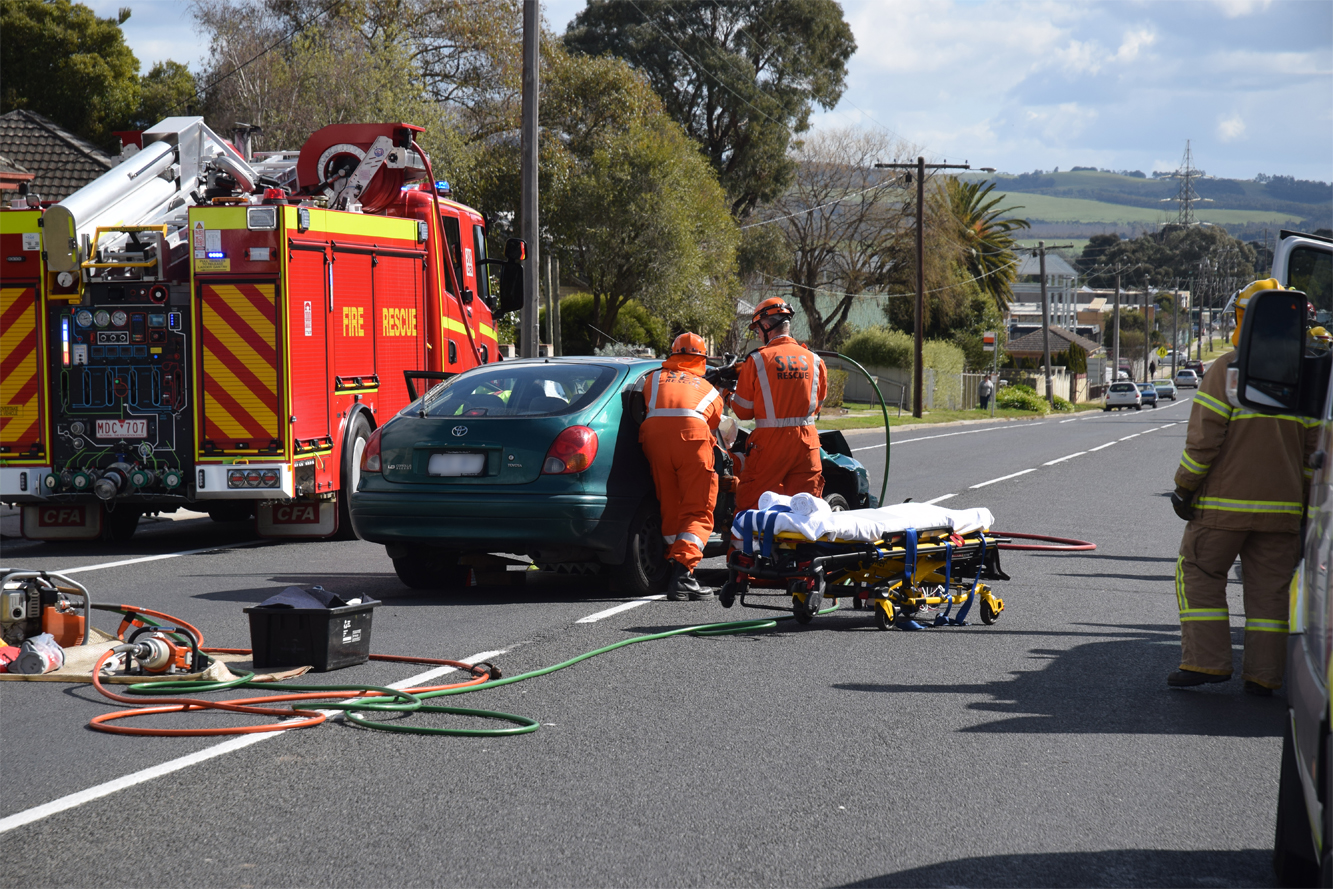 A woman in her sixties was taken to Latrobe Regional Hospital on Monday after her car collided with another vehicle on Commercial Road in Morwell.

Ambulance Victoria said paramedics were called on to the site at about 12.40 pm to attend the scene.

Latrobe Highway Patrol senior constable Shane James said a bronze station wagon was coming out of an audiology clinic on Commercial Road when it collided with a green sedan that was travelling towards Melbourne.

Snr Const James said the driver of the other car was a woman in her forties and had a child passenger but “no one’s hurt”.

“There’s been only minor injuries,” he told The Express.

Ambulance Victoria said the woman in her 60s was taken to Latrobe Regional Hospital in a stable condition.