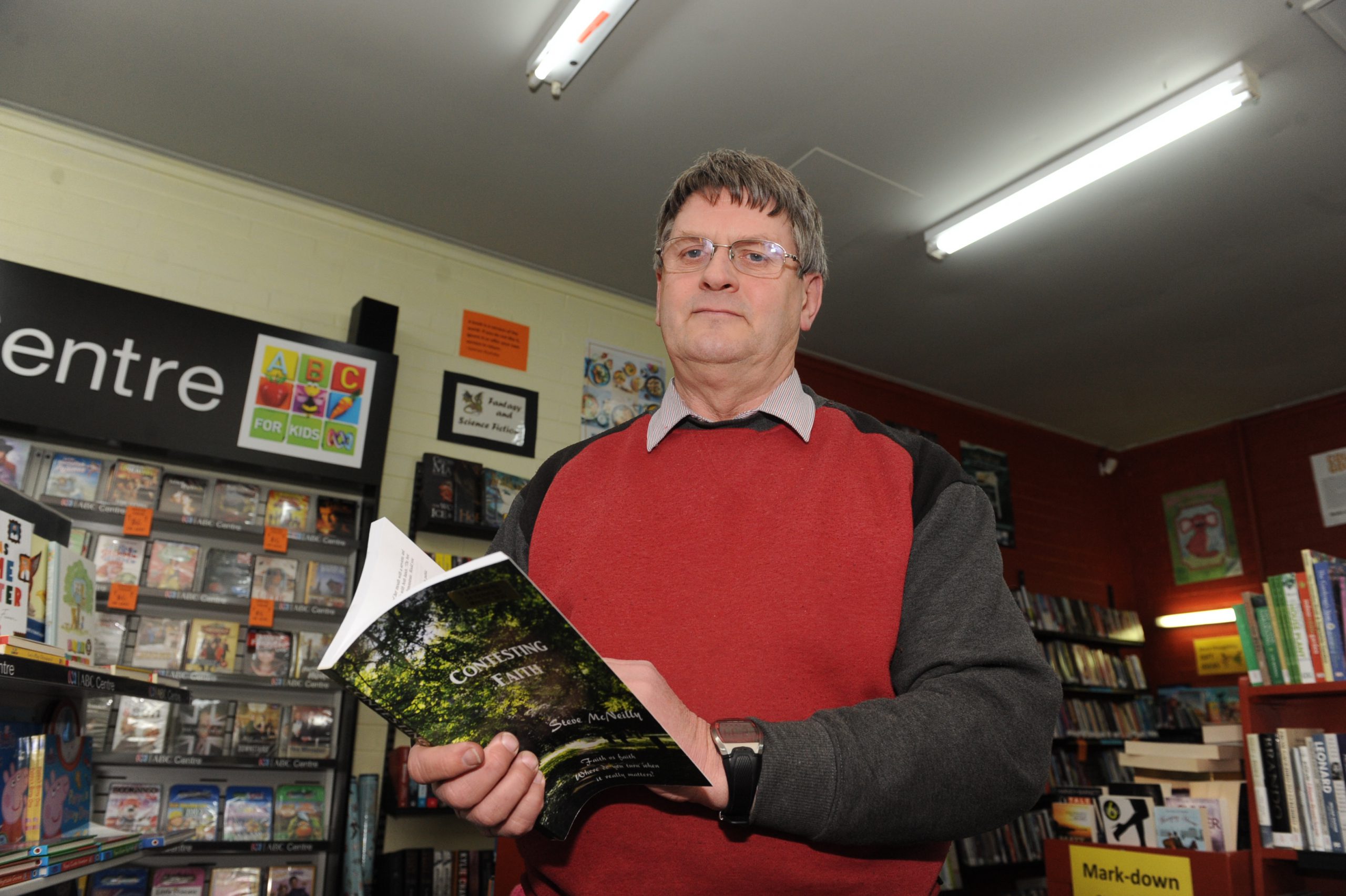 Have you ever considered what happens after death?

Well, for Steve McNeilly it’s been a life-long question.

The pastor-turned bookshop owner has released a fictional tale about a man who is looking for answers about what happens after he dies.

The inspiration for the yarn came while the 64-year-old was pastoring at Warrnambool during a time which a “chap” close to him was losing his battle with cancer.

“I saw him at all the different stages and for years and years I’ve always been fascinated by the different theories as to what happens when we die,” Mr McNeilly said.

“My experience of being a pastor for 30 years is that you speak to a lot of people and walk with them through their last days and their fears and anxieties and hopes.

“I guess in writing, even if it’s fiction, you’re putting in bits and pieces of what you’ve seen other people experience.”

The novel Contesting Faith features a protagonist named Matt, a young man with terminal cancer, who is keen to learn about will happen when he dies.

In an attempt to traipse through various religions and philosophies, Matt starts an online contest and calls for comments on people’s beliefs and theories as to what happens in the afterlife on his blog.

“He gets all these of people writing to him from around the world and as he finds out, there’s a huge amount of different opinions about what happens when you die,” Mr McNeilly, a Moe resident, said.

“It touches on a huge range of theories of life after death or ceasing to exist in the case of an antsiest – or perhaps reincarnation. Is there a heaven? Is there a hell? They’re all touched on in the story.

“I want people to think about what they believe in and why … to give people hope as they’re facing disease and eventual death.”

The “hopeful and positive” fiction deals with the common issues that concern many people grappling with illness such as cancer and takes the reader on a journey which covers a range of viewpoints.

Having spent three decades as a pastor in Christian churches, including Churchill’s Christian Revival Crusade Church, as well as his involvement with Moe New Life Christian Centre, he said the novel was made up of tales from his journeys over the years.

“Death is a reality that confronts us everyday in the news or with people that we know. It’s just so much a part of our experience but also there’s so much uncertainty and mystery,” Mr McNeilly said.

“Everybody seems to try very hard to find an explanation that they can live with and that’s what the main character in this novel is specifically doing.”

Copies of the book are available from the Variety Bookroom, 82 Albert Street, Moe or by phoning 5127 2529.