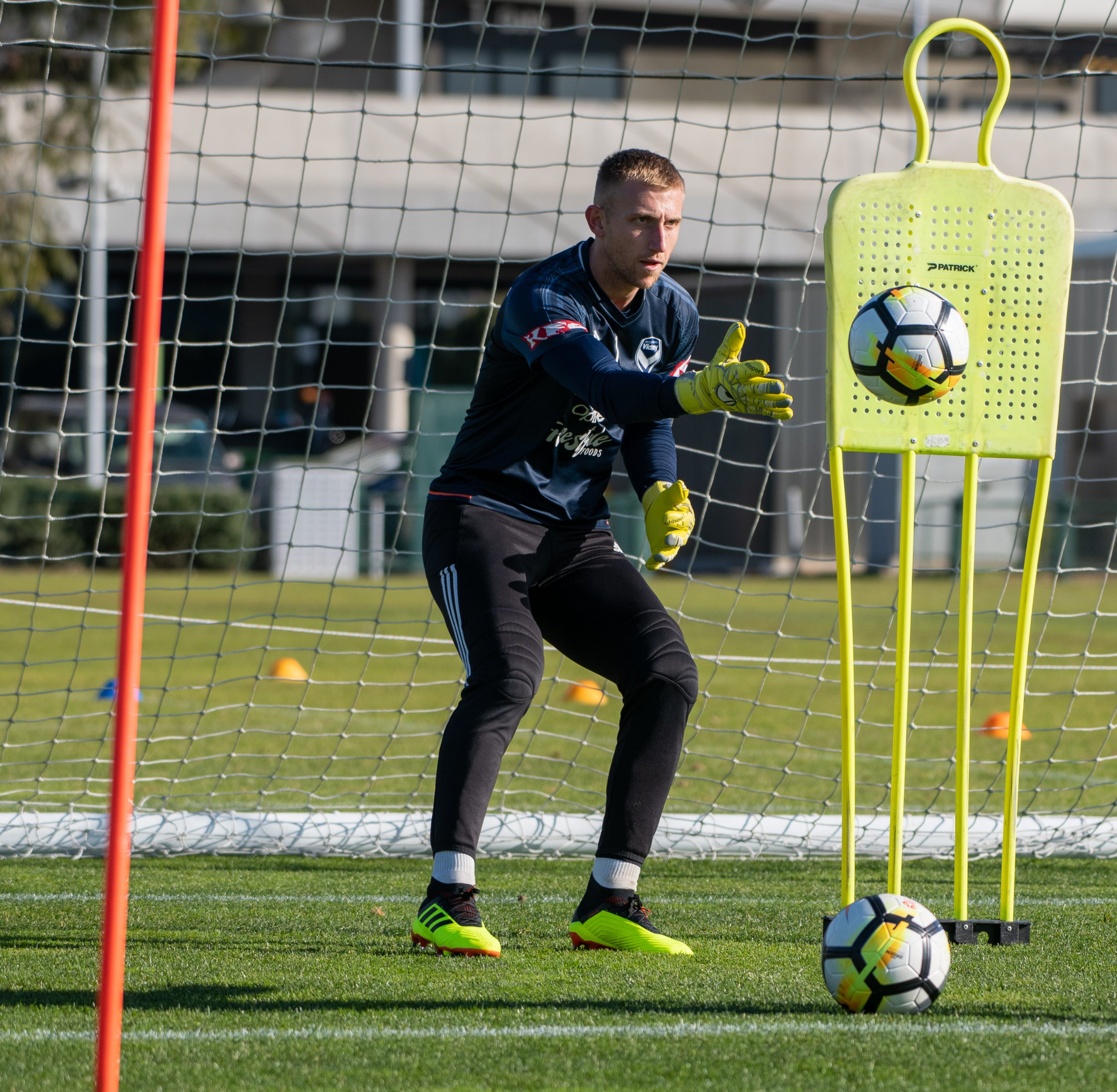 Reigning A-League champions Melbourne Victory will look to hit form ahead of their title defence this weekend when they face Brisbane Roar in a pre-season friendly at Morwell.

While there are no points on offer in Saturday’s game, goalkeeper Matt Acton admitted practice matches were key in the scheme of Victory’s preparations for the season proper.

“These games are very important. We only play a few in the pre-season so it’s important that we put into practice what we’ve been working on,” Acton said.

As the Big V braces for their season opener against arch-rivals Melbourne City in October, Acton said the side had set the standard in the league.

“When teams come up against us they’re going to raise the bar so it’s important we do well in these games leading into the season,” he said.

“It’s going to be another big year for us going forward, and obviously we won the title last year, but that’s in the past now and we need to raise our standard going into this season because in sport the champions are always the ones being chased.”

Facing his former side this weekend, Acton said the clash with Brisbane would naturally carry a little extra heat.

“Up against my old club in Brisbane, so it’s always exciting when you face your old team and it’s going to be an exciting weekend,” he said.

“We’ve only played one A-League side in Perth Glory this season, so to come up against another one will be exciting.

“All the boys are fit and ready to go and looking forward to getting out to Morwell.”

Victory were bundled out of the FFA Cup by APIA Leichhardt last week and Acton suggested the side would be out to make up for the “disappointing result” against Roar on Saturday.

“Hopefully we can put in a good performance. We’re looking to improve on the result against APIA so hopefully it’ll be an improved performance from us,” Acton said.

“It’s obviously exciting to take a game to a place where normally they wouldn’t get to see two A-League teams live.”

On his individual progress during the off-season, Acton said he was “seeing progress”, thanks in part to the tutelage of newly-appointed keeping coach Jess Vanstrattan.

“We’ve been going four or five weeks and I guess I’m feeling as each week progresses that the things I’m working on are paying off,” he said.

“A lot of that’s got to do with our new goalkeeper coach and the new ideas he has, so I’m feeling good, fit and healthy and happy in that sense.”

The pre-season game between Melbourne Victory and Brisbane Roar will kick off at Latrobe City Sports and Entertainment Stadium on Saturday at 2.30pm.